Episode 15, “Stalking Horse” provides the first genuine test of Season 8 of Suits, as Harvey and Donna have a conflict to deal with.

Episode 15, “Stalking Horse” provides the first genuine test of Season 8 of Suits, as Harvey and Donna have a conflict to deal with.


This recap of Suits Season 8, Episode 15, “Stalking Horse” contains spoilers. You can check out our thoughts on the previous episode by clicking these words.

In many ways, Season 8 of Suits has tested the characters’ loyalty with each other in various ways. It’s textbook for this series. Usually, for some episodes, the firm rejoices and has their back, but Chapter 15, “Stalking Horse”, lays out the near-end-of-season test that we always relish.

To begin proceedings, we were given a snippet of Donna’s (Sarah Rafferty) childhood, with her mother promising a fun-filled trip to Paris. This moment becomes important later. In the present day, “Stalking Horse” sees her new flame Thomas excited by a new deal about to come to fruition, which causes a conflict for Harvey (Gabriel Macht) because the agreement involves his client.

As Louis (Rick Hoffman) is looking at new baby equipment, dawdling around pretending how it works and discussing how rich their friends are, he gets a call from the police department explaining they may have found the man who mugged him. He goes to the station to confirm the attacker only to be told he needs to testify in court, which irks him. In true Louis fashion, he sweats about it to Samantha (Katherine Heigl), who urges him to go to court.

The love birds return in “Stalking Horse”; Katrina (Amanda Schull) has a present for Brian – his first client, but he is adamant due to complexities that they must work together. It doesn’t take long for Katrina to agree, and behold – they flirt relentlessly.

It’s worth noting that Harvey acts cool about the whole Donna-Thomas scenario the entire episode, and his concerns about the new deal are relieved when he finds out it’s a genuinely great offer; Alex (Dulé Hill) is the lawyer for the other client and both sides shake hands with no official signature on paper. The next day Harvey learns that his client has screwed Thomas over – there was never a deal on the table, he was trying to leverage a better deal with another customer. “Stalking Horse” starts the process for a whole new test for Donna and Harvey. 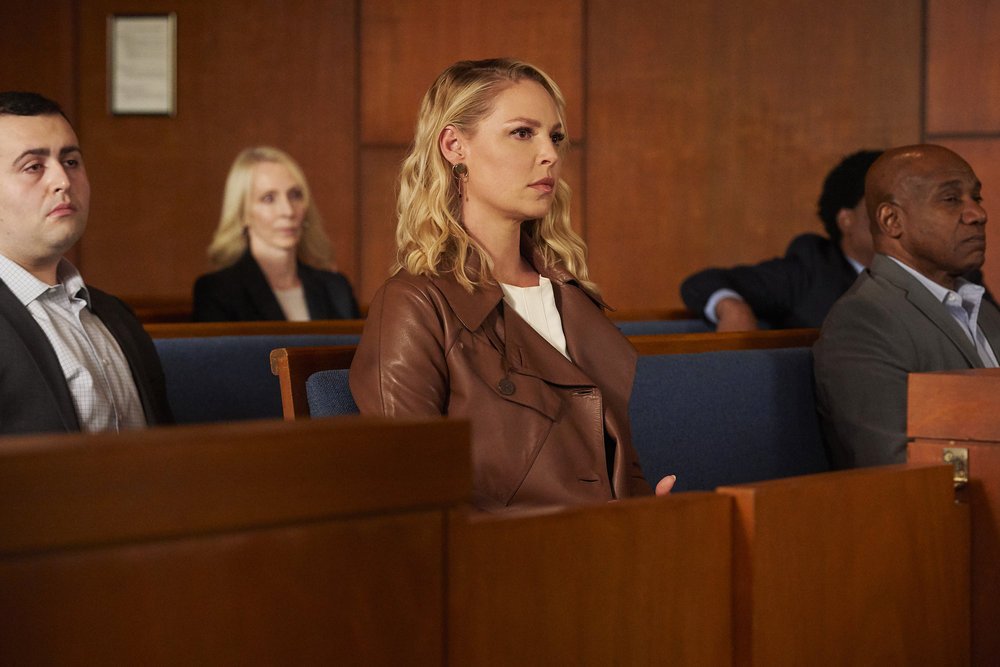 Donna being Donna sniffs out something is wrong and confronts Harvey, who reassures her he will find a solution. “Stalking Horse” reverts to young Donna, where she learns that her mother had to use the Paris money to help her father; in present day she asks her mother if she was annoyed about being let down and the response is that he never let her down; not intentionally, anyway.

In the end, Donna breaks and tells Thomas that he is the stalking horse and that he must save his current deal. Unfortunately, this leads to Harvey getting fired by his client. Furious, Harvey tries to shout Donna out of his office, but she accuses him of being bothered that she chose Thomas over him. He sees it differently; he feels let down because she lost faith in him. As they bicker, the infamous Daniel walks in happily stating that he is going to sue his firm from the instruction of his ex-client. This will inevitably result in fireworks in later episodes.

Meanwhile, in the less critical subplots; Katrina and Brian continue flirting over his new client, but he confesses that his wife questioned their working relationship. He resigns to save his marriage and Louis kindly allows him to take his client with him – you can tell Katrina is gutted. As for Louis’s situation with the criminal – he gets away with it in court, so he joins Samantha in confronting him on the street, forcing him to confess to the crime. Robert is unhappy with Samantha getting involved to this level, claiming it will come back to bite her.

I suspect the finale will heavily involve the problem caused by Donna, Harvey, and Thomas – will it bring Harvey and Donna closer together or split them apart?

You can check out our thoughts on the finale by clicking these words.