Exhibit A Season 1, Episode 4, “Touch DNA” ends the crime Netflix series on a high, giving us a different angle in how DNA evidence is used on difficult cases.

Exhibit A Season 1, Episode 4, “Touch DNA” ends the crime Netflix series on a high, giving us a different angle in how DNA evidence is used on difficult cases.


This recap of Netflix’s Exhibit A Season 1, Episode 4, “Touch DNA” contains spoilers. You can read our full recap of the previous episode by clicking these words.

DNA is usually the buzz word for public defenders and prosecutors. Kathleen Zellner, the lawyer attempting to free Steven Avery, is highly motivated in freeing her clients based on DNA and events unbeknown to the jury. So it’s interesting that Exhibit episode 4, “Touch DNA” takes an alternative view on the validity of DNA in some cases.

Exhibit A episode 4 opens up with an expert who masterfully explains how difficult it is to assign DNA to an individual when multiple people touch a particular item. He compares the experience with listening to several speakers at once, each one yelling out a different song at different volumes; it’s challenging to understand every song played when it is drowned out.

“Touch DNA” then tells the story of a gay black man walking through a Hasidic Jewish community. If you have watched Netflix documentary One of Us, some of these communities have a system in place where their community protects everyone. The individual who walked through the town found himself in a random fist fight with 20 people from the town, leaving him blind in one eye and severely injured. The reasons behind why they attacked him are unclear, but he angles in on the documentary, claiming it is because he is gay. 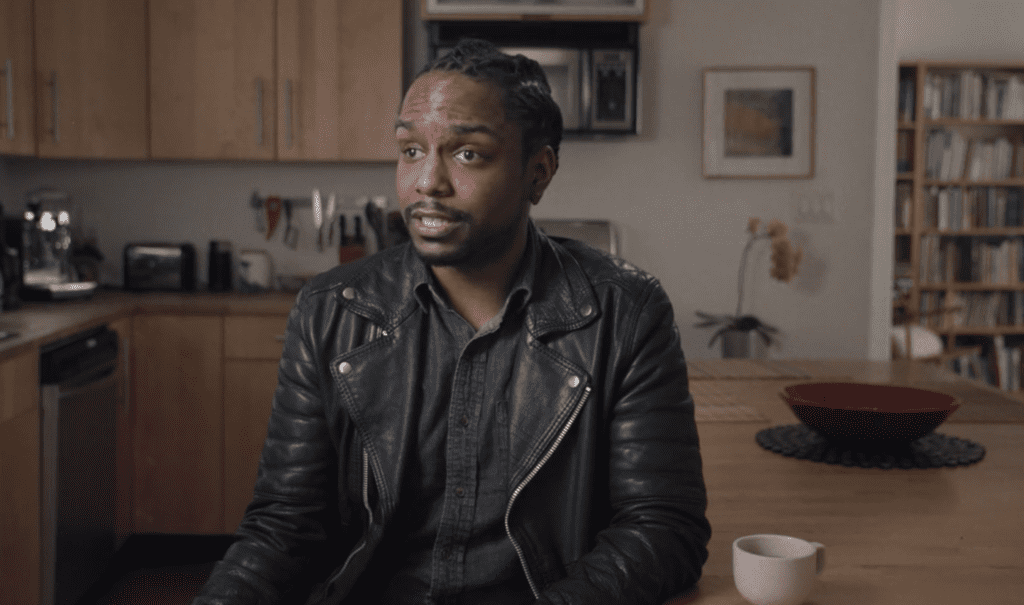 Exhibit A episode 4 is a complicated episode, mixing race, beliefs, community protection, but it discusses the issues around power. The innocent man accused of gauging the assaulted man’s eyes was only arrested because of a smidge of DNA found on some trainers that were thrown on a roof. “Touch DNA” introduces to the audience statistical DNA, that is purely about probabilities and not an exact science to determine a mixture of DNA. The long and short of it, there was not undeniable DNA that linked the Jewish man to the assault; the suspicion was that he was being framed for someone who was involved who is in a higher position of power in the community.

But putting the race and community issue aside, Exhibit episode 4, “Touch DNA” puts the microscope on the use of DNA and its validity in court. The Netflix series makes an assertive point that when presented with the DNA in the court, both the judge and jury have little understanding of what the expert is relaying scientifically. DNA accounts are verbally presented to juries, convicting criminals daily. There were suggestions in episode 4 that DNA evidence needs a new look – a theme that is relevant throughout the entire series.

Exhibit A episode 4, “Touch DNA”, is a genuinely insightful chapter to end the Netflix series, moulding politics, race and the issues of science in a fair and balanced way.

2 thoughts on “Exhibit A Recap: Finding The Right DNA”