Mindhunter Season 2, Episode 6 sends the BSU back to Atlanta, where they have to impress as a team while also making sure they find the killer.

Mindhunter Season 2, Episode 6 sends the BSU back to Atlanta, where they have to impress as a team while also making sure they find the killer.


This recap of Mindhunter Season 2, Episode 6 contains significant spoilers. You can read the recap of the previous episode by clicking these words.

Episode 6 begins with the BTK killer refusing to leave the library until the printer is fixed so he can take the other half of his scanned sheet which has his unique signature on it. Meanwhile back at the BSU, Holden and Wendy profess that BTK practises are well planned and include sexual motives, with some of the victims more willing than others.

But the BSU team have little time to continue looking into the killer because the FBI officially sends the BSU to Atlanta to investigate the missing and murdered children. Ted warns Holden and Bill that they must be smart when communicating with officials in Atlanta, and not cause a rift like last time. They learn of a phone call to the police from someone claiming to know where the bodies are, but Holden tells the police it is a hoax, and the Klan usually spread terror from the start, not after the 18th disappearance. The police decide to send out a hunt team anyway, even though Holden thinks it’s a wasted idea.

Once again, Holden is unable to manage his stakeholders, instead opting for arrogance in his methods, and not finding a suitable way to communicate. It’s frustrating to watch this character at times, who is consumed by the serial killer brain. He is potentially correct, but his approach is all wrong, and Episode 6 demonstrates he’s unable to be on a leash.

After a failed hunt, Episode 6 sees Holden and Bill brief the police; they explain they should return to where the killer has been — reinterviewing witnesses and taking searches to previous dumpsites.

In terms of Wendy, who has been unusually quiet in Episode 6, she is second-guessing her interview methods when interviewing Bateson. When speaking to Kay about her issues with the interview and Bateson bailing out on the crucial questions, Kay usefully points out that it isn’t just about theory when talking to manipulators. Episode 6 provides food-for-thought for the very scientific character. 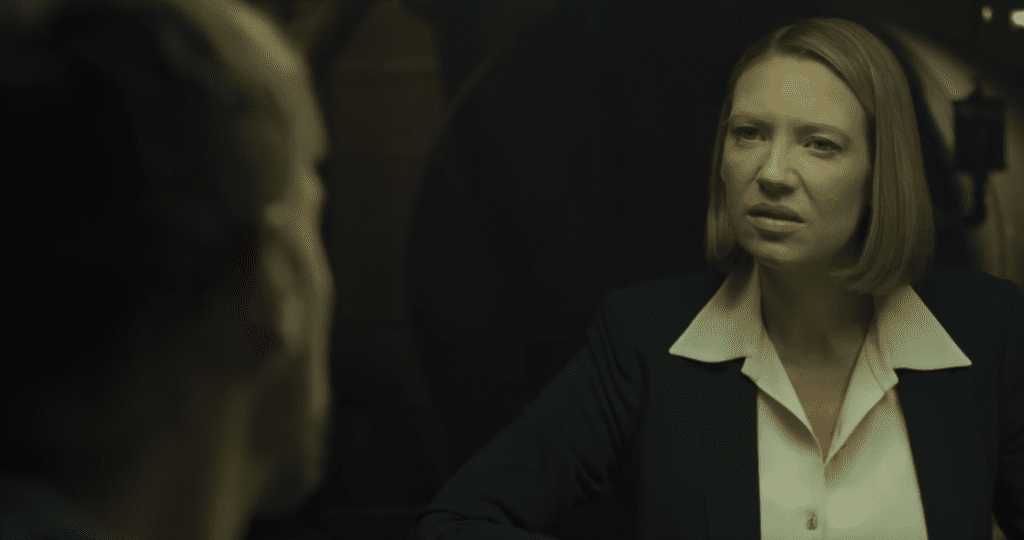 In terms of Bill and Nancy’s son Brian, there is no progress in his suppressed behaviour. Brian sees a psychologist, but he will not answer any of the questions; he’s wetting the bed again, playing with baby toys, and he’s diagnosed with regression of the emotional state. Later on in the episode, Nancy finds Brian in the park, staring at a girl on a swing.

This storyline is particularly hard to watch because you can tell that Bill is choosing to stay away from home during his family’s most challenging time. He’d rather drink and entertain his boss’s friends than take a day off. You can see the toll it is taking on Nancy, and there’s a possibility this could be the end of their marriage.

Mindhunter Season 2, Episode 6 ends with the hunt team finding three bodies in a revisited site in Atlanta. Bill and Holden manage to sign off questioning a potential suspect based on their psychological theories, but on the basis that the press does not show up. Low and behold, the media shows up. Nothing is ever simple for the BSU.

You can read the recap of the seventh episode by clicking these words.