Home » Film » The Informer Review: Lock It Up And Throw Away The Key

The Informer Review: Lock It Up And Throw Away The Key

Tired and predictable, wasting the cast with bad material and uninspired plot devices make The Informer a real dud.

Tired and predictable, wasting the cast with bad material and uninspired plot devices make The Informer a real dud.

At first, I thought The Informer was going to be a kind of 90s throwback of a movie. You know the kind of thing, usually with Jean Claude or Steven or Arnie, stuck in a prison through no real fault of their own and fighting for redemption, justice or both.

In the first act, it nearly gets there.

We get Joel Kinnaman as Peter Koslow, wrapped up in an undercover drug operation that seems to be spiraling out of control. A botched meet and greet with an undercover cop in a drug sting sets the action in motion, as Koslow gets implicated in a shooting, despite his attempts to save the hapless policeman involved.

The FBI agents behind Koslow’s operation fall foul of the NYPD, and drug lord The General wants Koslow in prison, acting as his number one in a corrupt system. By the end of this first act, it was becoming more obvious that The Informer was becoming submerged by its own attempts at being taken seriously. 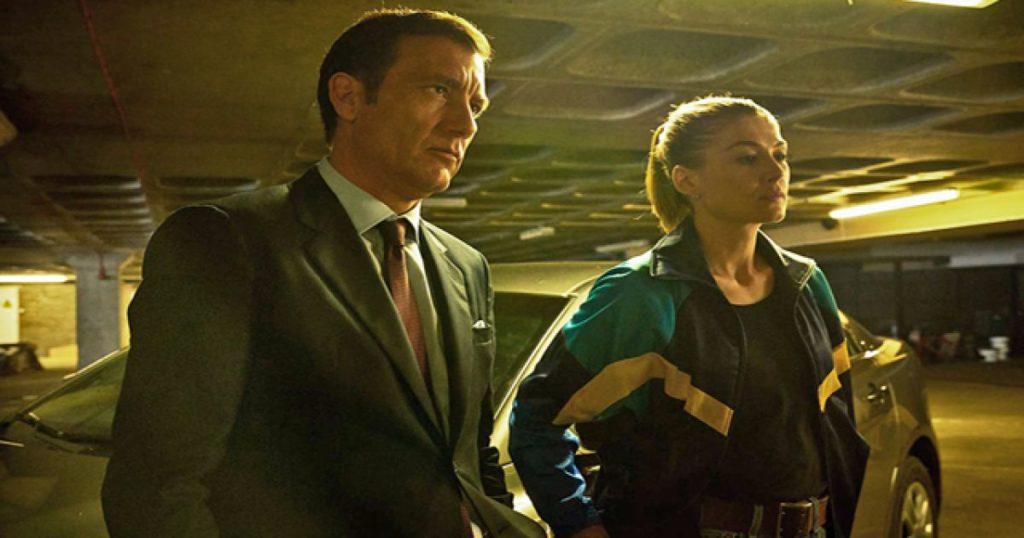 Literally all of the backstory of Koslow is given in huge exposition dumps, leaving our leading man with less depth than the movie poster hung in the cinema foyer, and that theme is repeated for every character in this screenplay. We are told everything we need to know, and as a result, everyone is just a stereotype: Ex-Special Ops soldier recruited in FBI drugs sting? Check. Wife and daughter used as bait? Check. Bad FBI guy? Check. Gnarly New York cop? Check. Villainous Eastern European gangster? Check!

Honestly, you could play The Informer bingo if you wanted, and it would be more enjoyable than the actual movie. The story plods along and tries to convince us it’s clever by holding back information, but it comes off as bad storytelling. That’s not the only bad thing on show, either.

The lack of depth for these characters is astonishing, and the actors really have nothing to go on. Clive Owen is Bad FBI Guy, and at one point announces, “This ends here.” And I wish it had.

Director Andrea DiStefano also had a hand in the writing, and it was all based on a book, but even with that behind it, the direction and pacing are so nullifying that every time things look set to speed up, there’s some redundant scene that takes the wind right out of the sails. The ridiculous ending seems to be trying to set things up for a sequel, or Heaven forbid some kind of franchise, but honestly, there is absolutely nothing here that we haven’t seen done before, and much better.