Unbelievable Season 1, Episode 2 is equally as important as the first chapter, highlighting the difference in approaches when talking to a victim.

Unbelievable Season 1, Episode 2 is equally as important as the first chapter, highlighting the difference in approaches when talking to a victim.


This recap of Netflix Series Unbelievable Season 1, Episode 2 contains significant spoilers. The series is based on a true story. You can read the recap of the previous episode by clicking these words.

There is a remarkable difference between Episode 2 and the previous chapter. Unbelievable presents two necessary case studies, and it is incredibly breathtaking in how they’ve presented it.

While her friends, counsellors and family are ousting Marie (Kaitlyn Dever) for her retraction, Episode 2 provides us with another story: A woman named Amber (Danielle Macdonald), who was raped in her apartment. Detective Karen Duvall (Merritt Wever) is called to the scene.

What’s strikingly different is Karen’s approach. As soon as the detective arrives at the crime scene, her first concern is the victim. Her method involves no-judgement, no pressuring and being carefully understanding. Rather than throw questions at Amber out in the open while investigators rush around her, Karen asks her to sit in her car for a quiet conversation. Karen repeatedly states that Amber does not have to explain herself. Karen treats Amber like an adult who will be confused after being raped.

Her genuine approach allows Amber to provide the details, and give Karen plenty of information about the rapist. The rapist is methodical, but also has a belief system that he is a wolf, and advised Amber about keeping her apartment secure. Karen managed to retrieve height and the location of a large birthmark on the left calf.

And the way the crime scene is handled is different too; when Karen enters, she ensures the detectives take every piece of possible evidence, and does not allow them to have breaks. Unbelievable Episode 2 presents a detective who is a service to the victim, not an aggressive fact-finder. 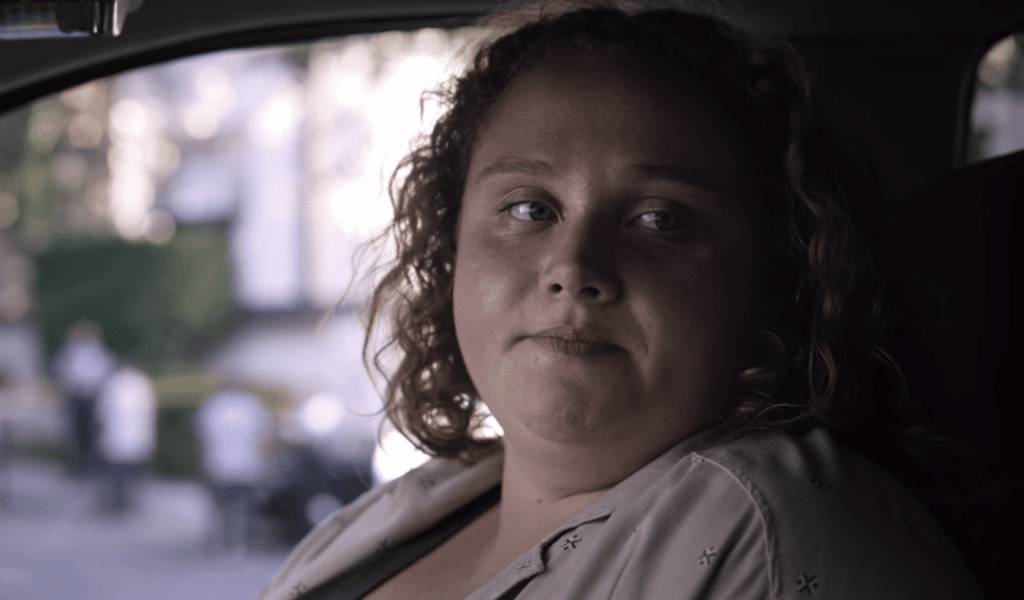 Episode 2 is uncomfortable for different reasons. You feel Karen’s sympathy, all the way up to when Amber goes to the hospital and finally calls a friend, so she has a place to stay. Amber did not want to call anyone all day, but when she finally does, a flood of emotions flow out of her that she kept in. Amber wanted to ensure that the rapist was caught, but had suppressed sharing the news with her close ones.

Karen’s mantra is always “take your time”, while Episode 1 was all about the pressure to get the story out of the victim as soon as possible. Two different approaches, but only one was the right way.

Marie, on the other hand, has had her curfew tightened, her friends will not speak to her nicely, and she’s not allowed to see her foster father unless the mother is present. Due to judgement and circumstance, Marie has been left out in the cold.

At the end of Episode 2, Karen returns home to her family — her children are already in bed. Her partner Max Duvall (Austin Hébert) has already made her dinner, and she confides in him about the rape. Karen is frustrated at the lack of evidence — the entire apartment was clean. Her understanding partner, who I assume is also in the police force but in another unit, asks if the rapist had a backpack — apparently, his unit has a similar case.

Unbelievable Season 1, Episode 2 ends with another detective who is spying on a man trawling through the woods with a backpack and wearing clothing like he was on a mission. The detective points a light at him, and as he was startled and becomes bemused to why she is approaching him, she reveals her name, Detective Grace Rasmussen (Toni Collette).

You can read the recap of Episode 3 by clicking these words.