Unbelievable Recap: Too Many Cold Leads

Unbelievable Season 1, Episode 4 continues the frustrating investigation for Karen and Grace, as the leads get colder, but the need to catch the rapist gets stronger.

Unbelievable Season 1, Episode 4 continues the frustrating investigation for Karen and Grace, as the leads get colder, but the need to catch the rapist gets stronger.


This recap of Netflix Series Unbelievable Season 1, Episode 4 contains significant spoilers. The series is based on a true story. You can read the recap of the previous episode by clicking these words.

The cold leads keep on coming in Unbelievable Episode 4. At the start, Grace Rasmussen (Toni Collette) and Karen Duvall (Merritt Wever) interview another victim. She explains how the rapist was sometimes gentle, another strange trait in the case. But they are no closer to finding whoever did this to Amber and the other girls.

The detectives try and rely on the use of the FBI, using their software to narrow down potential suspects based on data. The FBI chief explains plainly that the data is too wide-ranging to narrow down; his theory becomes true when they finally get a single search result, but the “potential” suspect is still in prison.

Since Episode 1, Marie’s life has gotten worse with each chapter. The police are attempting to charge her for a false statement, but the court sent the hearing to the wrong address. Fortunately, the judge waivers the warrant to arrest her, and her attorney asks her to plead “not guilty” so she can have a proper trial. Interestingly, the lawyer is confused to why the police are chasing a charge against Marie, “as this never usually happens”.

Episode 4 presents the toll on Karen, who is becoming increasingly frustrated about the lack of progress. In the middle of the chapter, a college student decides to talk to her and describes a friend he knows who was nearly charged for rape once before, but the accuser dropped charges. Karen brings this man, Scott, into the interview room, equipped with knowing he has a birthmark on his left calf. Scott sweats and shouts through the interview, and when he lifts his trousers, it’s not a birthmark, it’s a tattoo. Another cold lead. 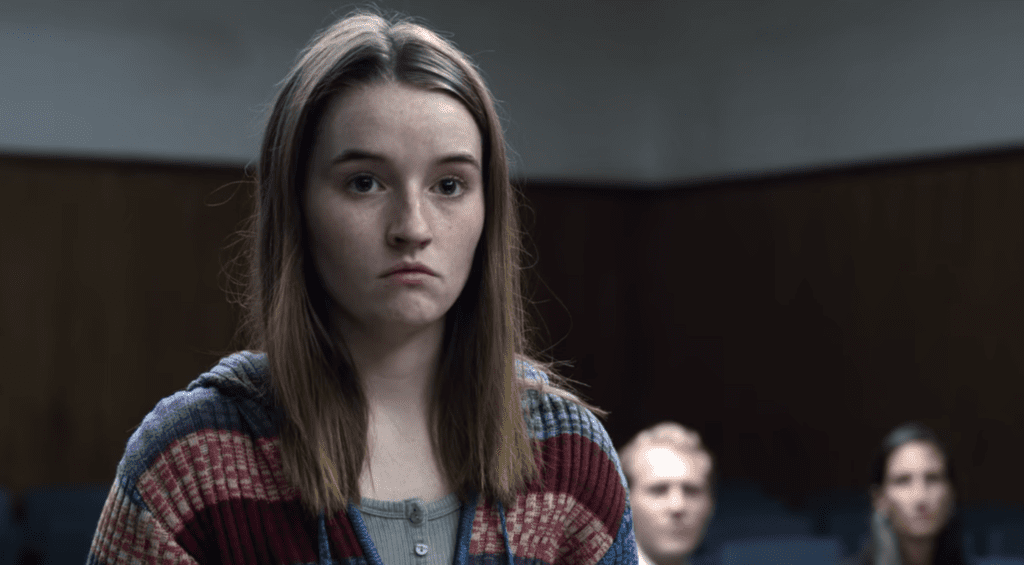 Back to Marie; the news of Amber’s rape has now reached the media, and one of Marie’s foster carers wonders whether Marie lied at all. She presses Marie, questioning the coincidences of the rapes described and how it mirrors her original statement to the police. But Marie believes she cannot go back to the police again and change her statement and claims she was still lying.

Episode 4 sees Grace use other means to try and secure a prime suspect; she’s under the impression that the potential knows how the police work so much, that they may work closely with law enforcement. She asks her partner, a man involved with the General Attorney, for files — he denies her access, understandably citing it would be an abuse of his power.

Unbelievable Season 1, Episode 4 ends with Karen finding a similar vehicle she found on the CCTV, but when she pulls the car over, she sees a black man and his son in the car. Not only was this irony in the story, especially as America has a problem with gun deaths between police and black communities, but you could almost see that stigma flashed across her face. Karen’s energy and belief are waning.

You can read the recap of Episode 5 by clicking these words.