Ad Astra is as much about the void we create in our personal lives as it’s about space travel; we are more honest with complete strangers than we are with ourselves and the ones we love. Gray’s film is a stealthy, beautiful, evocative take on mental health.

Ad Astra is as much about the void we create in our personal lives as it’s about space travel; we are more honest with complete strangers than we are with ourselves and the ones we love. Gray’s film is a stealthy, beautiful, evocative take on mental health.

James Gray’s (The Yards, We Own the Night, Two Lovers) new space epic has a tone and mood all its own. Like most of his films, they have a great sense of direction, even placement, and purpose, unlike many big-screen blockbusters. It’s all about the subtexts that will often speak louder than what the characters are saying or what their actions are speaking. Ad Astra is just as much about space travel as it is about the void we put between us and our personal relationships. Whether it’s about fathers and sons, mothers and daughters, husbands and wives, or those pesky ties that bind.

The setup of the film begins with multiple solar flares striking the earth, killing thousands, and causing uncontrolled chaos in the process. The film is set in the not-so-distant future, and the events have set the world in dire straights, flipping societies on their axis. Almost all the Earth’s countries, political groups, and subgroups have turned into terror organizations by giving into moral bankruptcy and their very own cupidity has hit a hyper-drive. To help calm the waters, the government has found the source of the unexplained phenomenon and have discovered Major Roy McBride (Brad Pitt), a survivor of the original disaster, may have a deep personal connection to the events in question. He accepts a mission, then hops on a commercial flight to Mars, even buying a pillow and blanket pack for $125 for the long trip. He hopes to find answers, not only to save humankind but to questions that have haunted him since childhood and affected his outlook on life in the process.

Ad Astra is part of a small Latin phrase, “Per Aspera ad Astra,” which means, “Through hardships to the stars.” The script by Gray and Ethan Gross (Fringe) has much to say about the relationships that define who we are and how we handle the adversities thrown at us. Their film feeds a cinephile’s craving to seek out something real because of what they know about the harsh realities of honesty and truth: we are often less open with ourselves, the ones we love the most, and more candid to complete strangers. This culminates in an effort of an entire film that’s a metaphor for mental health and acceptance; it’s all a gigantic void you find yourself in when lost in a deep cycle of depression. There are multiple scenes here that have underlying meanings and foreshadowings that confirms the process of tumbling down the rabbit-hole, climbing yourself out, and into the healing process.

Then there is the matter of Brad Pitt, who continues to take smart risks that pay off handsomely. Not only has he had one of the best turns of the year in Quentin Tarantino’s Once Upon a Time in Hollywood, he quite possibly tops it here within a few short months. His performance here is a cerebral and thought-provoking one that also combines a deep, brooding obsessiveness that is much akin to Gene Hackman in The French Connection. He may be, and right now I would place my money on a near-lock, he will be the first person to receive two acting nominations in the same year since Cate Blanchette in 2007 for Elizabeth: The Golden Age and I’m Not There (please note that you can’t be nominated more than once in the same category; so, Cliff Booth will be regulated to the supporting category). 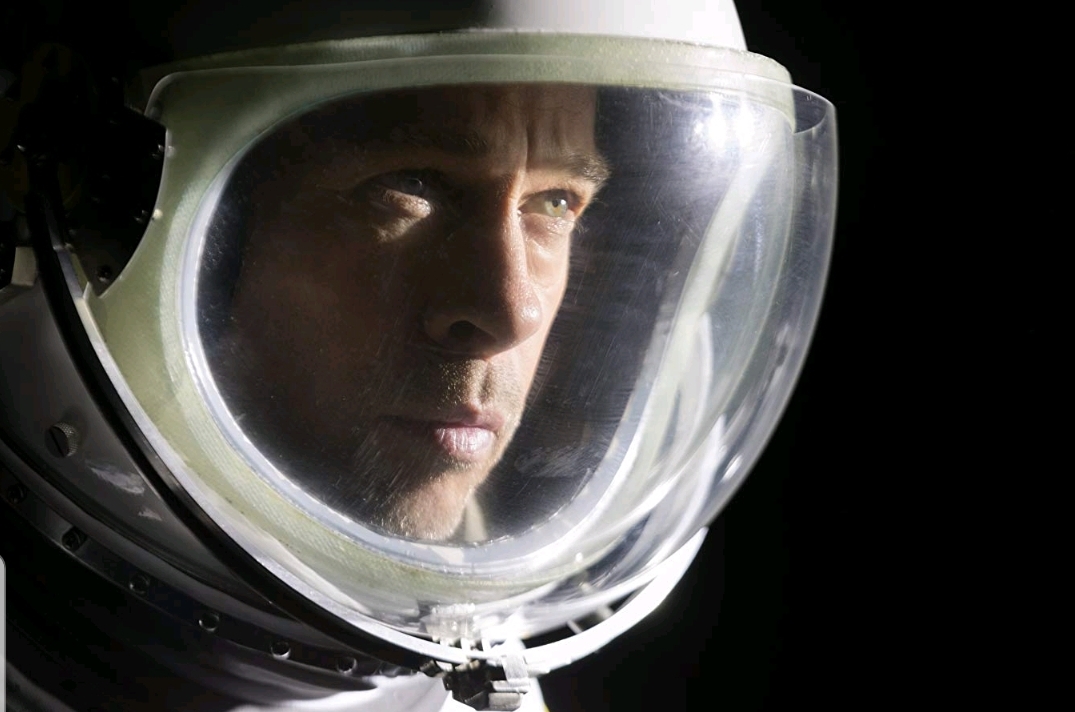 While I wouldn’t say director James Gray redefines the blockbuster for millennials and Brooklyn hipsters alike, he visually and narratively concedes that movies are for the people and an art form, then juggles those with surprisingly effective results. The novice film fan may hear the phrase “art-house” and automatically assume this film is not for the masses, but that would be wrong. The films open with, some might say, a killer action scene that is thrilling and equally nerve-racking. Gray and company don’t skimp here, giving the audience not the scraps but nice-sized bites of the premium mainstream fare that play well within the structure of the film without making you feel they are placating the suits for ticket sales. There was an honest-to-god jaw-dropping scene towards the middle of the film that was completely unexpected; the film has several scenes like this that never change the film conceptually and (along with Max Richter’s moving musical score) only enhance what it’s trying to do with its hidden storytelling.

Yes, there are some plot holes here that come along with films like this. They tend to hide-out and are well-hidden when they wrap them up in a Snuggy of metaphorical bliss. You have to give into it to enjoy the trip, and almost everything in the film is so well done you are willing to forgive almost anything that happens before or after it.

Whatever side you land on with the film’s ending, enjoying the side of its downplayed, cerebral temperament or loathing the journey that landed you in a field of cynicism for filmmakers’ future endeavors, it’s a suspenseful, emotional, and rewarding trip that’s an equivalent of cinematic therapy miles; Ad Astra is a stealthy, beautiful, evocative take on mental health.