A tense South Korean thriller about a woman dealing with a stalker. Kwon Lee’s film is slow at first, but tense and very observant.

A tense South Korean thriller about a woman dealing with a stalker. Kwon Lee’s film is slow at first, but tense and very observant.


Door Lock is not a typical home invasion film, though that’s what I had been expecting from the description in Mayhem Film Festival’s programme. A young bank clerk who lives alone notices clues that someone else may have used her door lock, but the police do not take her seriously. This film starts off with already shy Kyeong-min (Hyo-Jin Kong) becoming nervous; and of course if one is on the look-out for things to be wary of, one will find them; though the audience knows from the start that she has good reason to be on her guard.

Unlike many other home invasion films — and I cannot help but to compare them — the majority of Door Lock does not take place inside the main character’s apartment, but gives the crime context within the rest of her daily life too. We get to see how she relates to her friends, her colleagues and others who she typically encounters; and the differences between each are insightfully presented. Kyeong-min (known as Mini to her friend, and therefore in the subtitles) steadily becomes more wary of pretty much everyone (though especially men), not just in case any man she meets is her intruder, but if she raises the issue she may not be believed. 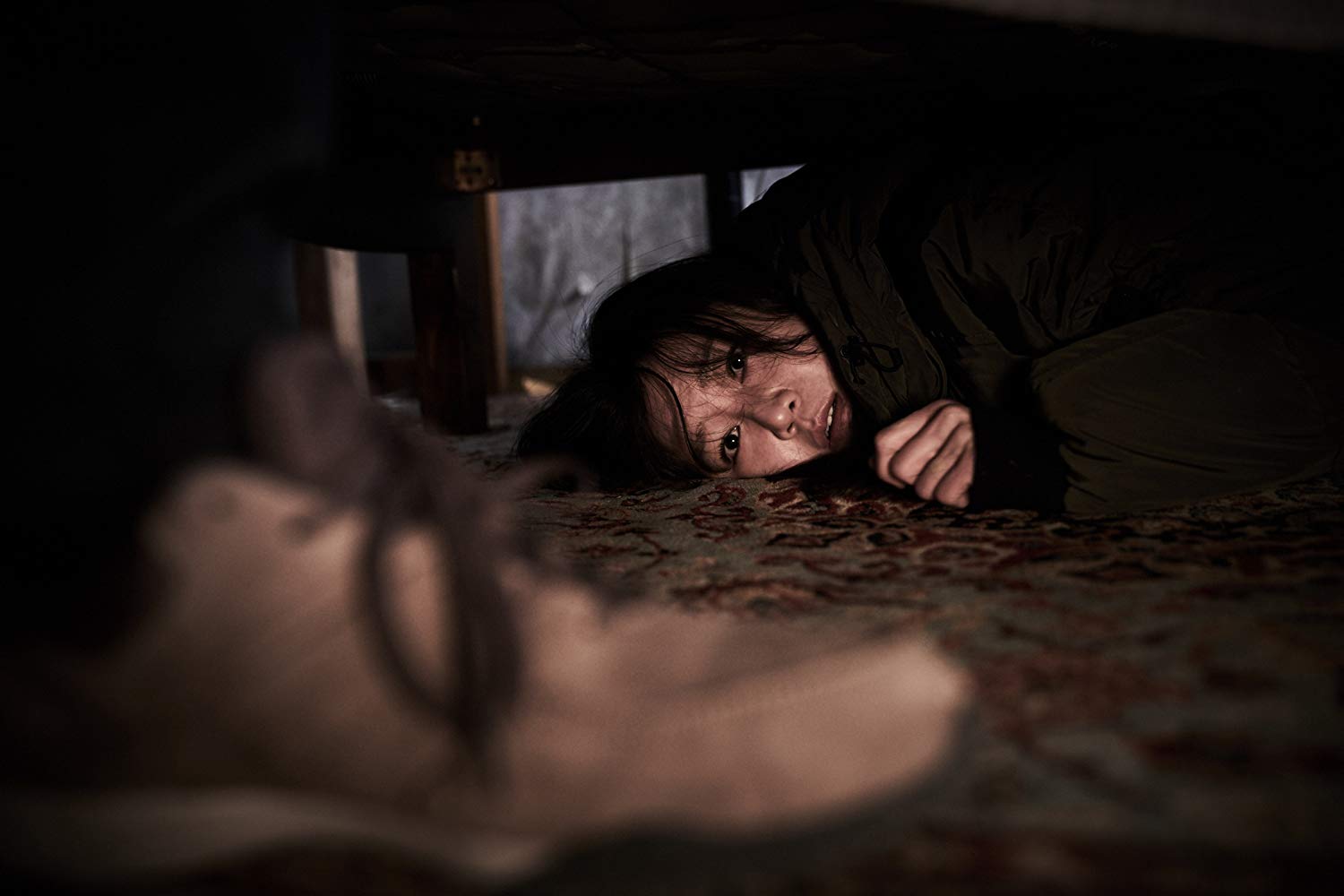 The society Mini lives in expects her to live with family or with husband: not on her own. It is pretty clear from the way the police talk to her that if anything goes wrong while living alone, well, she brought that on herself. But she clearly wants to be independent, no matter how naturally that comes, which makes navigating her fears difficult. Does she accept company or lifts, or will that be playing into South Korea’s traditional roles for her?

The writing of Door Lock focuses a great deal on the way women can be perceived, treated and related to; but visually, all the focus is on the spaces Mini moves in. The camera zooms in when she is hiding, pulls out to view her from above in mirror-walled lifts, and follows behind her in long, utilitarian apartment block corridors. There is a constant sense that she is being followed: I felt it as the viewer, and I could see that she felt it too.

Hyo-Jin Kong played this complex character beautifully. This is no Panic Room victim who is unrealistically tough or resourceful: she is the sort of young woman who might serve any of us in a bank, or who any of us might be. She is not paranoid, but aware of her space – as women all over the world need to be – and pragmatic with it. She looks after herself the best she can, though recognises that this has some limits. 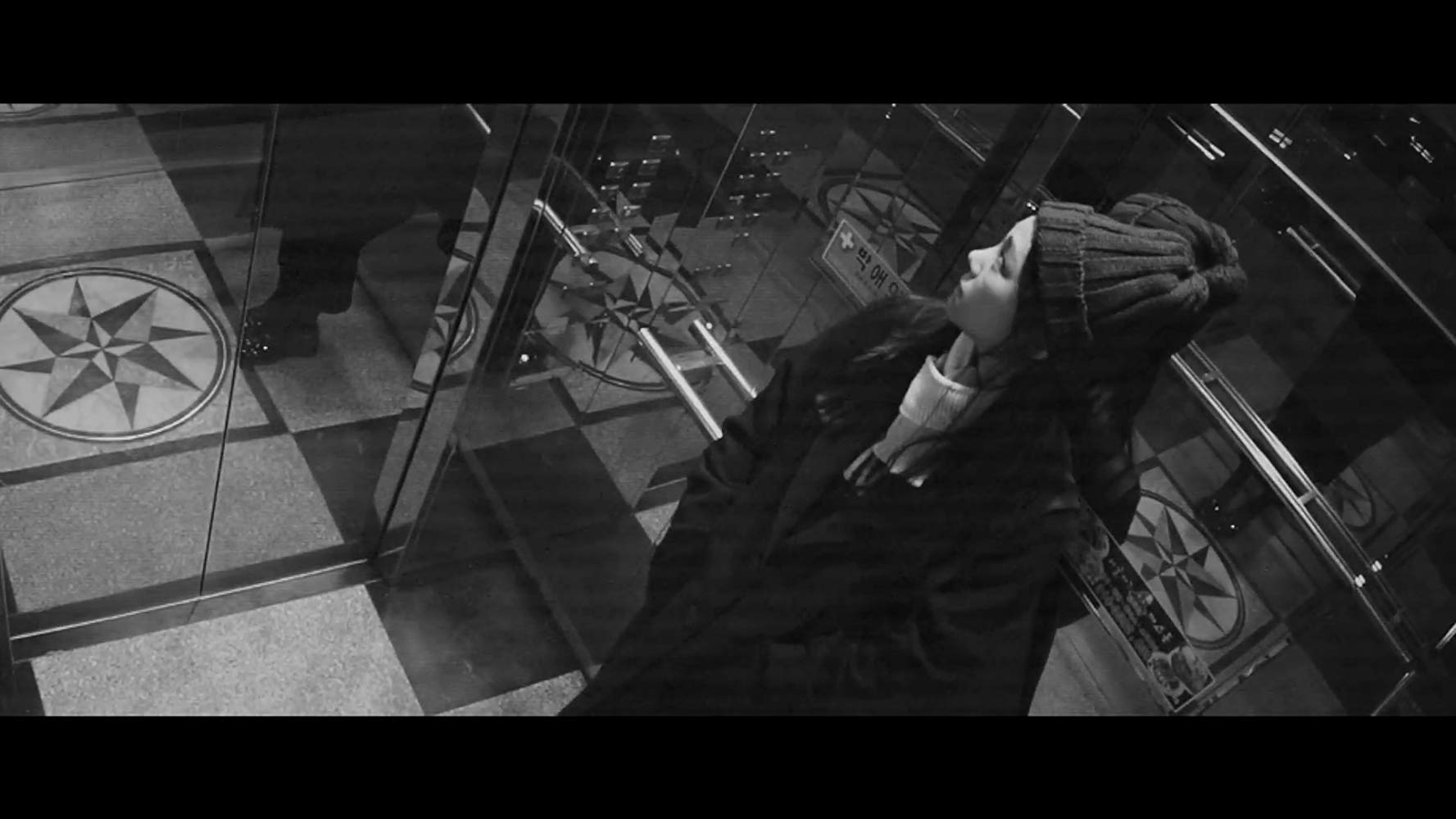 Door Lock was loosely based on Sleep Tight (dir Jaume Balagueró), and the expansion of the view away from the antagonist to the resident’s world makes it both interesting and unpredictable. This film starts slow, while the stalker develops his nerve and his plan, and while we get to know Mini; then once he strikes, the action kicks off. Director Kwon Lee gives us creeping tension and uncertainty for the first half of the film, then real fear (with just moments of relief and excitement) in the second. That first half felt a little too slow at the time, but there was plenty to take in, and getting to know Mini for that duration paid off well.

Mayhem hosted the UK premiere of Door Lock; it fitted very well in the programme. A good deal of what they present is horror, or a blend of the horror genre with something else, though some can be “straightforward” thrillers or sci-fi too. Even though the plot of Door Lock took it in unexpected directions, I was comfortable with its thriller genre setting for most of the film, though towards the end it did tip somewhat towards horror in both the content and the mood, but no less believable. I was attacked in my own flat many years ago, and – a different world though it was – I can recognize what is authentic in this film. And it is yet another example of a thriller that can be scarier than a horror.