Home » Streaming Service » Netflix » Spinning Out Recap: All I See Is Wasted Potential

Spinning Out Recap: All I See Is Wasted Potential

Spinning Out Season 1, Episode 2, “Welcome to the Family” sees Kat battle with her deranged mother while attempting to fix her own future.

Spinning Out Season 1, Episode 2, “Welcome to the Family” sees Kat battle with her deranged mother while attempting to fix her own future.

This recap of Netflix Series Spinning Out Season 1, Episode 2, “Welcome to the Family” contains significant spoilers.

Spinning Out Season 1, Episode 2, “Welcome to the Family” is all about exploring second chances while dealing with a dysfunctional family that continues to evolve into more aggressive forms.

At the start of Episode 2, Kat (Kaya Scodelario) wakes up in her car — she was dreaming about having sex with Dave. Her phone woke her up. It was Dave; Kat ignores it. Meanwhile, Marcus is looking longingly of a skiing video at the restaurant, Jenn takes a painkiller and heads out and Justin wakes up next to a woman and tells her to order room service before leaving the room.

Spinning Out is maintaining character development early on.

Jenn knocks on Kat’s door and mocks her. Kat says she has changed her mind and is going to skate with Justin but first she has to get her stuff from home. Kat returns home, and her arrogant mother is trying to antagonise her. Carol claims that Kat can’t take anything because she didn’t pay for it, encouraging Jenn to call Carol a b—h. Carol tells Kat she can leave, but she cannot be back in Serena’s life. As Kat leaves, Serena climbs out of the window and gives Kat her teddy Rufus and the trophies her mother tried throwing out.

When Kat gets to the training session, she is surprised to see Justin is practising with Leah; Dasha is training them both. Kat confronts Justin and wonders why he has moved on with a new partner so quickly — Justin states he was not expecting Kat to change her mind. Jenn gives Leah a tour of the ice skating venue and tells her to get the f–k out of Kat’s way. Jenn watches Leah struggle to train with Justin and looks on, smiling. Jenn is a friend everyone needs in their life.

In the evening, Kat works at the restaurant. She tells her manager Marcus that she is not sure if she is heading to London now; Dave texts Kat multiple times wondering what is going on. Marcus tells Kat not to get upset and offers her a few nights to stay at the restaurant in one of the rooms. Kat accepts, and then Jenn marches in, takes one of the shots of alcohol and asks Kat to follow her.

At the midway point of Episode 2, “Welcome to the Family”, Jenn tells Kat that she needs to land a triple-toe in front of Justin to impress him. So Kat hits the ice; she keeps attempting the triple-toe but repeatedly “pops it”. Afterwards, Justin asks Kat if she did those triple-toe attempts for him. Justin explains that she needs to impress his father, not him. Later, Justin tells his father that Leah is a handful and that he wants to skate with Kat. His father says no. 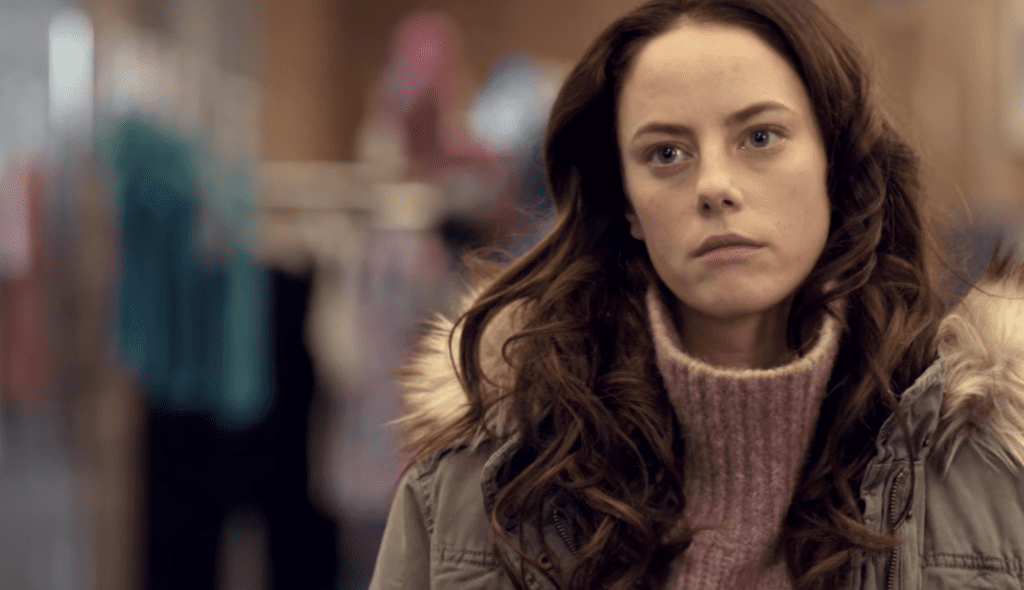 Dave rings Kat once again while she is daydreaming having sex with him. Kat tells Dave that she is not going to London and that it is the end of them; he immediately puts down the phone.

Moving on, Kat catches Serena and they have a brief discussion about living arrangements. Serena says it is now complicated and that their mother is in a good mood for once — Serena suggests space. Carol chases after Kat and asks her to come home: “I want you home”. Kat responds, explaining she does not want to end up like her mother. Carol tells Kat that all she sees is wasted potential; this triggers something in Kat’s mind.

Kat heads to Justin’s manor; Mandy answers — “I want to skate with Justin”. Mandy takes Justin’s father James to watch their son in skating training. Kat hits the ice and does a routine. James is impressed and Mandy explains to him that Kat is a “once-in-a-generation”.

Kat heads to the restaurant outside of working hours and talks to Marcus. She asks him if she is crazy for not going to Europe with her perfect boyfriend. Marcus replies with, “You could have had a safe life with Dave,” implying that it doesn’t mean he is perfect. Marcus tries kissing her, but Kat hesitates and explains that she cannot kiss him as her mind is all over the place.

At the ice skating rink, Dasha asks Kat if she’s sleeping at the restaurant. She delivers the good news — Kat is now Justin’s new partner and that she will be living with her. Kat is super excited.

Dasha shows Kat around her new home; Kat says she will find a way to pay rent but Dasha claims it is not necessary. Dasha also states that Kat looks like s–t and she will let he sleep in but they will need to train straight away — they’ve got to reach nationals in two years. Meanwhile, Serena catches her mother scratching Kat out of the family photos. Serena goes to her room and starts unpacking — it looks like she was looking to head out herself.

Spinning Out Season 1, Episode 2, “Welcome to the Family” ends at the ice skating rink. Dasha tells Justin and Kat that they will win nationals on Romeo and Juliet. Kat notices Mitch flirting with Serena inappropriately in the distance. When Justin holds Kat’s hand, Kat has flashes of her and Dave having sex again. Kat tells Justin that they will only be partners before practising together on the ice.