Homecoming season 2, episode 4, “Soap” marks the halfway point and so far, this is a strong second instalment to the story.

Homecoming season 2, episode 4, “Soap” marks the halfway point and so far, this is a strong second instalment to the story.

Homecoming season 2, episode 4, “Soap”  is slowly but surely peeling back the layers of this story. It begins with Audrey attending the DOD investigation meeting. Audrey tells the committee that the company lied and broke protocol; she claims most men finished the cycle and showed no symptoms afterwards but it was unethical. The meeting ends abruptly.

Audrey visits Leonard; she tells him that the DOD meeting went well. She brings forward some ideas about the roller. Leonard explains they are not doing the roller anymore. Leonard believed he could make people’s lives easier — he feels guilty for these soldiers eating the precious berries and that they are done. “We make soap here, that’s what we do”. Francine Bunda from the DOD rings Audrey and asks if she can tour the facility and to bring Leonard.

Checking out the medical reports

At the midway point of Homecoming season 2, episode 4, Walter Cruz checks out his medical records — the man checking the records says there isn’t any surgery listed. The man said he had treatment by “Geist Emergent Group” but he isn’t seeing surgery. The man offers to submit a request to the contractor when Walter Cruz gets emotional but it could take 8 to 12 weeks. Walter gets angry and wants to see what’s on the screen — he aggressively grabs the screen. 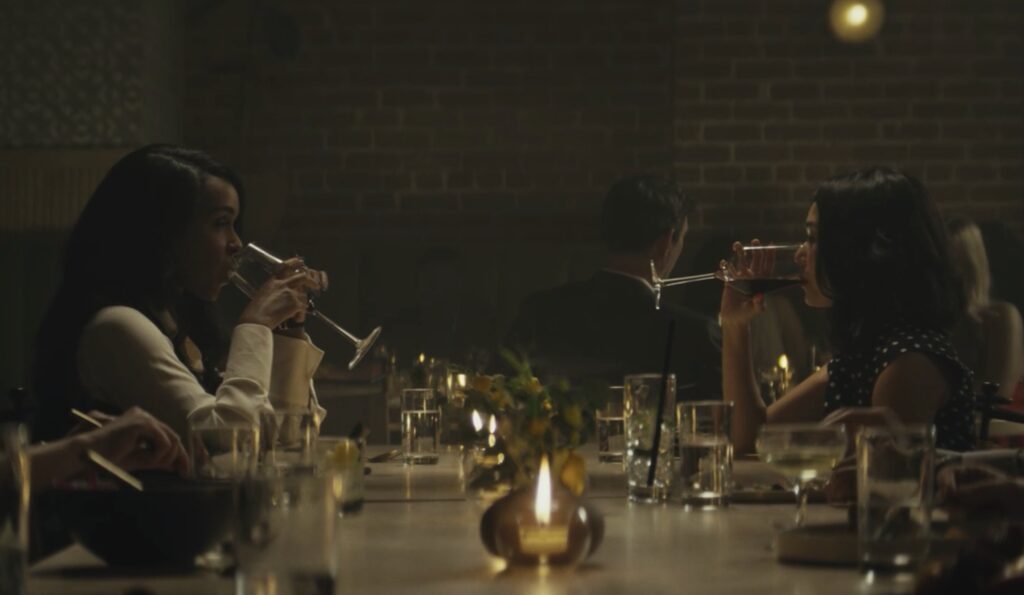 The DOD make an offer

Leonard gives Francine a tour of the farm with Audrey and checks out all the berries. Francine is concerned that he’s getting rid of the berries and tells Leonard that they want a partnership — Francine states that the program worked but the protocol was wrong. Leonard is frustrated at Francine’s suggestion and asks Audrey to finish the tour. Francine tells Audrey that this is happening and suggests that Audrey knows how all this works.

Alex is on board

Alex believes this is a positive thing and that Leonard will not listen to Audrey, but Francine will. The pair order champagne to celebrate at a fancy restaurant. Audrey is worried about this not working and then the conversation turns into a discussion of having a baby — Alex has found a Vietnamese baby called Olive. Alex promises Audrey it will work out and she will do everything she can to make sure it does and that they are protected.

In the middle of the night, Audrey sees the request from Walter Cruz to see his records. Alex calls “her guy” to get to the bottom of it. Alex learns that Walter Cruz is in jail. Audrey insists that she must tell Francine that one of the clients is not reacting well to the program; Alex tells her to listen for once and that the program is restarting. Audrey says nothing is stable at the moment and references the baby. Alex offers to speak to Walter and use her crisis management skills — she pretends to be a veteran. Episode 4 ends with Alex heading to the police station to bail out Walter. Homecoming season 2, episode 4, “Soap” marks the halfway point and so far, this is a strong second installment to the story.