Homecoming season 2, episode 5, “Meters” is going full circle, giving the first episode so much context that it remains enticing. At the start of episode 5, Walter is bailed from prison by Alex. She introduces herself as Jackie as part of a volunteer veterans group called Vet4Vet. Alex says she needs to do an evaluation of him as part of the bail relief. Alex tells this story of how she felt when she returned from the war; she is using her highly manipulative skills to bring him on her side.

Audrey arrives at Leonard’s farm and sees he has hired men to rip up the berries to get rid of them before the DOD arrives. Audrey gives Leonard an injunction that cites “critical military technology” and Audrey stops the men from digging up. She tells them that the berries belong to the DOD now — “This is happening”. Leonard starts digging up the berries himself after Audrey states his men will be arrested if they carry on digging.

Alex goes for a drink with Walter and he asks him questions for the evaluation — Walter suggests that they just drink instead. Alex talks of her military experience and Syria; she tells a story of how when she returned, she struggled to adjust to life again. Walter shares the PTSD leaflet the police gave him. He states he didn’t see anything on the screen in the medical officer but he knows he was treated at Geist. Alex tells Walter that maybe he was lied to for his own good and suggests he probably just bumped his head in reference to the surgery.

Alex rings Audrey in the bathroom and confidently claims that Walter is a complete blank and he remembers nothing about Homecoming. She claims Audrey is in the clear and that Walter is a total sweetheart. As Alex tries to leave the bar, Walter offers her another drink. 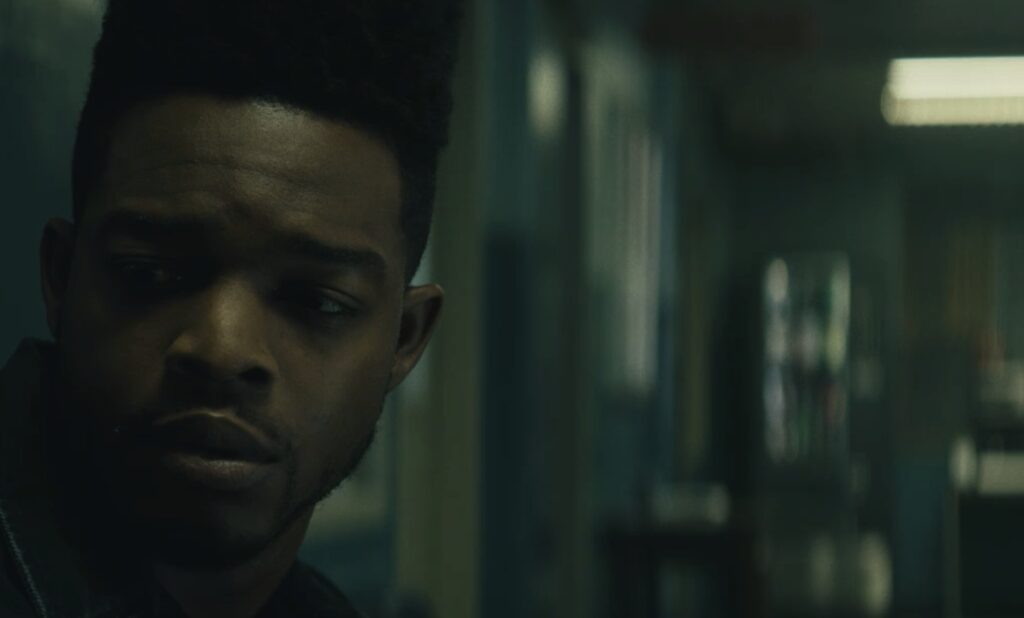 You could run this place

Audrey asks Francine what they intend to do with the juice. Francine tells her she should be running this place and suggests that they could think a little bigger and sell the juice to everyone; potential buyers and influencers — she tells Audrey to have a launch party quickly. Audrey gets to work in being in charge and talks to her staff. Homecoming season 2, episode 5, “Meters” presents Audrey’s quick rise to the top.

It all goes wrong

Walter tells Alex that he is going to wait for his records request from Geist or maybe head to the facility himself and suddenly gets angry. Alex has another drink with him to try to manipulate the veteran further and shows Walter a photo of her with some soldiers. She says they are all dead now — she states one of them called Holman committed suicide because he kept looking for answers like Walter. Walter starts asking questions about Holman and his tours. He evidently doesn’t buy the answers from Alex — Walter flips and says he wants to know the truth and walks off. Alex’s manipulation only goes so far in Homecoming season 2, episode 5.

Alex rings Audrey and tells her that everything is okay but she’s drunk and can’t come home yet. Audrey apologizes about their argument the previous night and she is just worried something bad will happen — Alex insists that it won’t.

Alex goes to the supermarket and buys a melon. Homecoming season 2, episode 5, “Meters” is finally seeing the world completely unraveled — presenting the corruption and deception.