Adam Brody gives a career-best performance in The Kid Detective that is equal parts charming, funny, and surprisingly bittersweet.

Adam Brody gives a career-best performance in The Kid Detective that is equal parts charming, funny, and surprisingly bittersweet.

At first glance, a film starring Adam Brody as a down on his luck former child detective seemed easily dismissible. What could have been a poor homage to a clear rip-off of the USA network show Psych turns into a quietly effective gumshoe comedy with some heft. The Kid Detective satisfies a craving for a different type of detective story with its dark comedy and a sharp script that it handles with a deft hand. Even more surprising is that Brody gives a career-best performance that is equal parts charming, funny, and surprisingly bittersweet.
Brody stars as Abe Applebaum, a depressive 32-year-old private eye who is in a bit of a rut. He was the toast of his hometown when he was a child. Solving cute mysteries, making the local paper, and receiving free ice cream as payment. He has solved over 200 cases in his time. The trouble is they are relatively trivial. Still, while showing a real aptitude for human behavior, he is no longer fulfilled, and he became a town clown. He drowns in his own self-pity and substance use, only to have a teenaged client name Caroline (The Book Thief’s Sophie Nelisse) walked into his office — she wants to know who murdered her 16-year-old boyfriend. 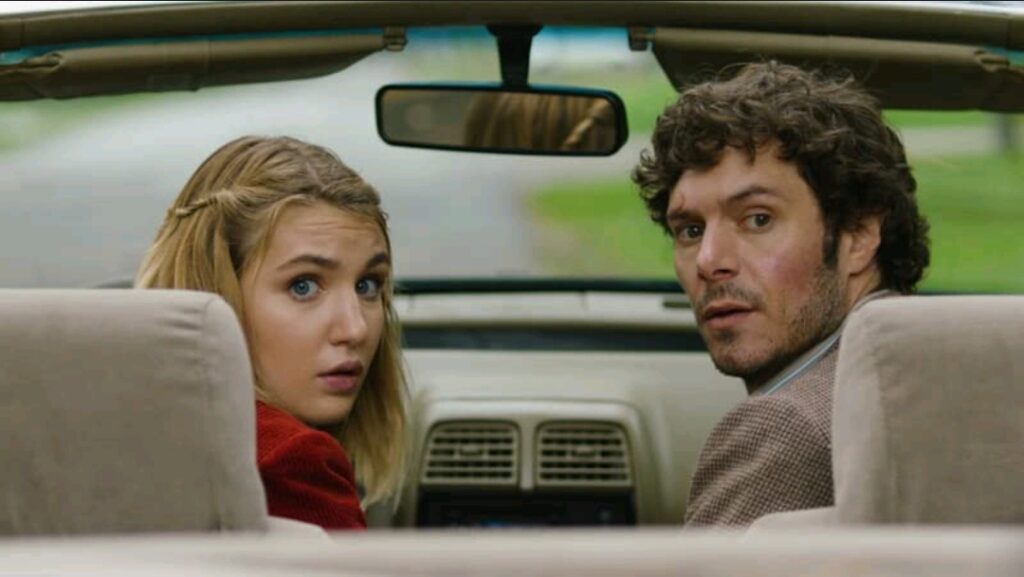 The Kid Detective is a Canadian import from freshman director Evan Morgan. This is his directorial feature debut and it’s an impressive one, especially when you think of a first-time feature having to juggle comedy and mystery, and he manages to build some genuine suspense. All of that is layered with a three-dimensional performance by Brody that weaves in moments of humor and melancholy. If any part of his performance fails, the movie does as well. For Morgan, that’s not bad for a guy whose main credits come from a handful of Goosebumps episodes in the nineties as a child actor. Then again, maybe that is where he found the inspiration.
The Kid Detective could not have been made without Psych and has some shades of Bad Santa. Some may argue that the film could have benefited from even more black comedy. That is a fair point. However, by the time you may have that thought, Morgan’s film morphs into something completely different and genuinely unexpected.
Even with the aforementioned inspirations, Morgan’s take on stardom and arrested development is completely his own.