Deliver Us from Evil review – a quality Korean action thriller

Two subplots, three stars, and four languages make one excellent action film. An assassin wishing to leave that life behind goes on the hunt for a kidnapped child, while another dangerous man is hunting him.

Two subplots, three stars, and four languages make one excellent action film. An assassin wishing to leave that life behind goes on the hunt for a kidnapped child, while another dangerous man is hunting him.

Action films from Asia, most notably Hong Kong and South Korea, tend to be high quality productions, full of energy and dramatic fight scenes. Deliver Us from Evil, a recent gang land story written and directed by Won-Chan Hong, is no exception.

Deliver Us from Evil comprises two plots which centre on the same assassin, who is itching to step away from the criminal life. Kim In-nam (Hwang Jung-min) discovers that the girlfriend he left several years ago is not just deceased but has left him a daughter, now kidnapped, and travels to Thailand to find and rescue her. At the same time, Ray (Lee Jung-jae), a Japanese gangster also known as “the Butcher”, is on the hunt for In-nam, as his last victim was Ray’s “blood brother”. Both men are utterly focused on their goals, and as they get closer to their targets, the head count rises.

The cast are all excellent, even Park So-yi (seen a couple of months ago in Lingering) who plays Yoo-min, Kim In-nam’s daughter. Hwang Jung-min’s talent shows especially in the early scenes, when Kim In-nam is struggling with first leaving his love, then discovering what has happened to her. The other actor who is particularly worth noting is Park Jung-min who plays Yui, the transwoman who Kim In-nam hires to guide him around Bangkok. This role must have been a bold one to take for a popular leading actor, and he apparently met with transgender people to get it right; but I have to wonder whether trans actors were also considered for the role.

Having directed one film (Office) before, and written several (including The Chaser), Won-Chan Hong has shown he can combine both here. I appreciated the way the characters developed, and the way the plot strands came together, though I must say I felt they contributed to a somewhat erratic tone. There were several remarkable action scenes – fights, chases and car crashes – made polished by Hong Kyung-pyo’s cinematography, using moments of slow motion and lighting to sparkling effect. These felt like set pieces, though, rather than integral elements to the plot, as the change in mood broke up what was otherwise contemplative in comparison, a determined quest. After all, Kim In-nam was (no longer) looking for a fight, but looking for a child. 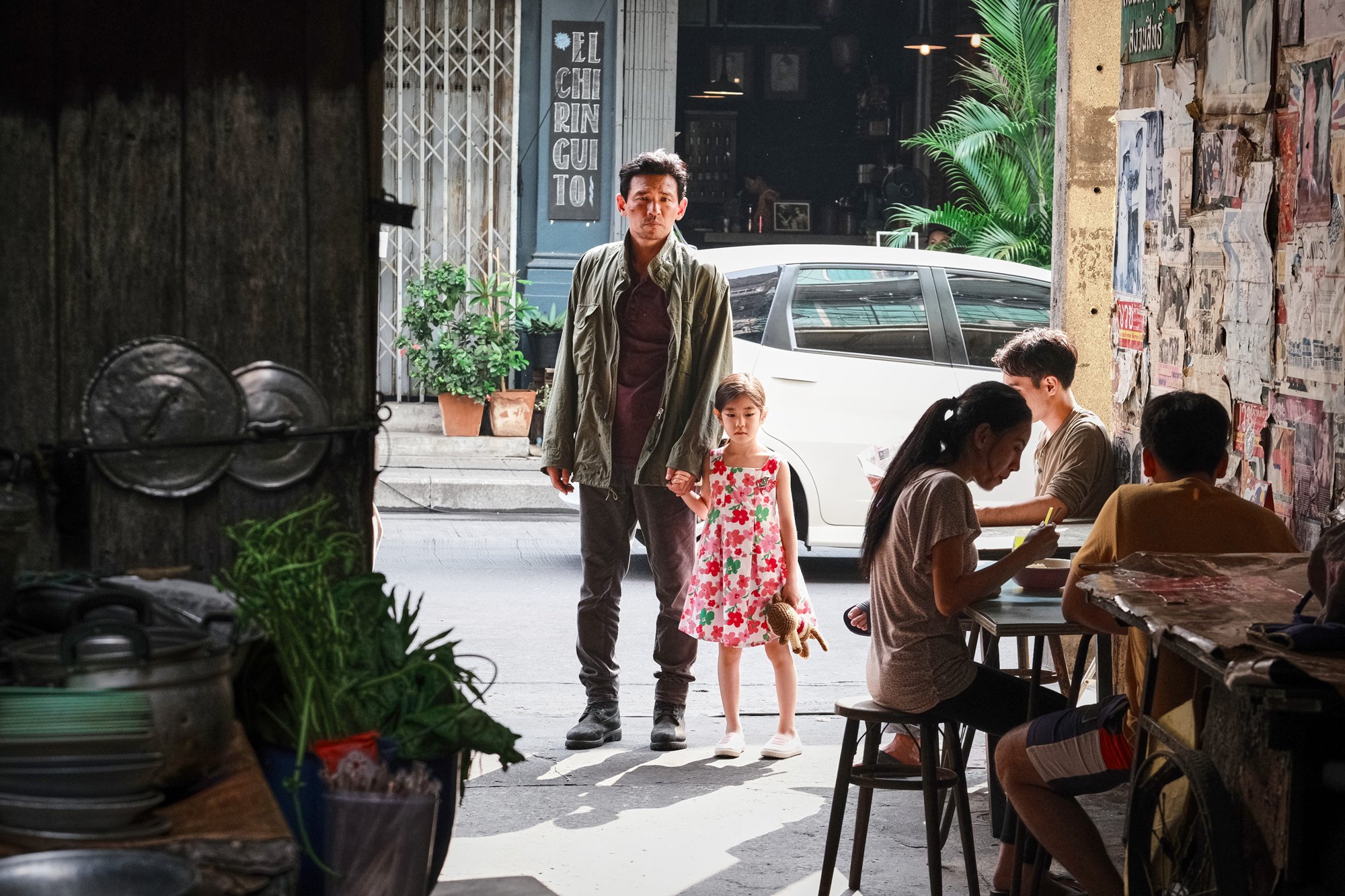 What made Deliver Us from Evil enjoyable was the characters and the action; what made it fascinating was the two themes which were gradually revealed. Firstly, by use of four languages (Korean, Thai, English, and Japanese) and two contrasting cultural settings, the film deftly demonstrated the cosmopolitan nature of the criminal underworld. Kim In-nam had contacts all around Asia, but he was unfamiliar with the special interests of Thai gangs (for example), such as organ trading to order.

I was a little baffled at the use of a religious phrase for the title at first until I realized that “Deliver us from evil” was a line from the Christian prayer “Our Father”: the other theme I noticed in the film was unconventional family relationships. Kim In-nam hadn’t known he was a parent, but his commitment to his missing daughter was almost instant. Yui found herself developing a maternal bond towards the child; and yet couldn’t face her own child, who had known her as a father.

Despite the ups and downs of Deliver Us from Evil, it is a joy to watch; and even though it alternated from interesting to spectacle, I was gripped to find out how things would turn out for the characters I’d become attached to. I was so impressed with the team all around that I’ve already been hunting down other titles that everyone was involved with.

Signature Entertainment presents Deliver Us From Evil on Digital 4 January 2021.