Home » Film » Film Reviews » Review – The Fate of the Furious

Review – The Fate of the Furious

The Fast & Furious series is a joke.

I mean, seriously – this is literally a joke. I just sat down to watch the eighth instalment of a franchise that started as a series of dude-bro drag-racing movies that, by this point, has recast its street-racing reprobate cast as world-saving freelance do-gooders embroiled in a global thermonuclear cyberthriller. And I really liked it. It’s good. Perhaps, for the first time since Fast Five, not exactly great, but certainly good enough that you have to wonder how they keep pulling this off.

That question has a lot of answers. One of them is that the series boasts the most ethnically-panoramic cast in all of action cinema, and by this point their chemistry is as well-oiled as the grumbling innards of the custom supercars – another selling point. They’re consistently well-directed movies, too. The wheel this time has been handed to F. Gary Gray, who’s an old hand at automotive excitement. Then there’s the near-limitless budgetary scope, and the implicit understanding that audiences will take any leap of faith you need them to as long as they land somewhere bigger and more preposterous than where they started. The cast is stocked with actors from all over the globe, but “realism” is a word that nobody involved in this production understands.

And that’s fine. Or, at least, it’s fine whenever The Fate of the Furious puts its foot down for adrenaline-spiking vehicular mayhem. The action here is as imaginative and superbly-choreographed as it ever has been; there’s a street race through Havana, a gigantic centrepiece involving an entire city’s-worth of remotely-controlled “zombie” cars, and an extended string of slippery stunt-work in and around a Russian military base. But whenever the movie slows down (and it does, a lot – it’s over two hours long) you can feel the connective tissue straining to keep everything together. This is a series that has always functioned as a parody by adamantly refusing to ever admit that it is, indeed, a parody. But there’s something about this instalment that makes you think that maybe the cast haven’t realised that. 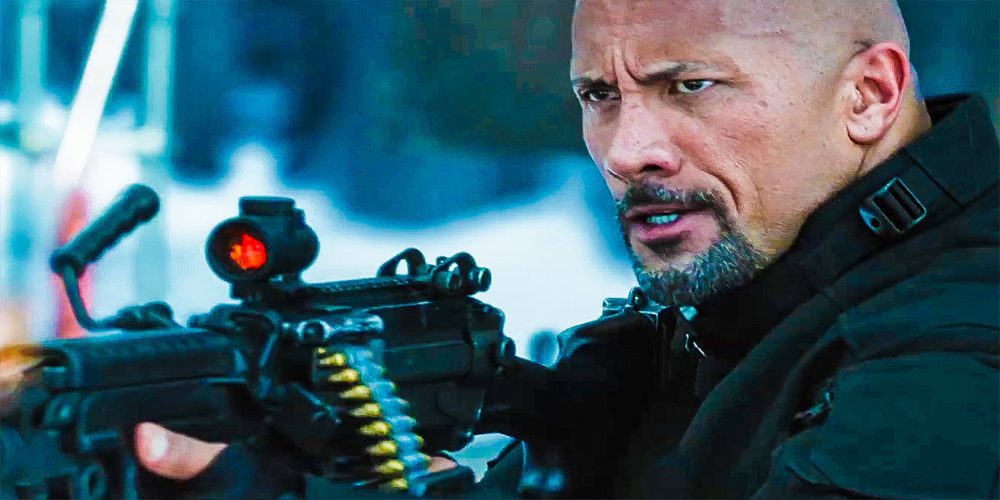 What hurts the most is the unfortunate absence of the late Paul Walker, whose handsome, jewel-eyed former-fed was the most enduring character in the franchise (this is the first instalment since 2006’s Tokyo Drift not to star him). In a lot of ways, he was the only character; at least the only one not defined by a single arch personality trait. Without him, you notice that everyone else is only playing one note. The Fate of the Furious wants to upend the status-quo by moulding the group dynamic in absurd, credulity-straining ways. Jason Statham’s Deckard turns face; Vin Diesel’s Dom turns heel. And it all makes considerably less than no sense.

Some of these problems are simply structural. We’re expected to believe, for instance, that Dominic Toretto has “gone rogue”, and has abandoned his family to work with Charlize Theron’s blond-braided master-hacking supervillain, Cipher, which isn’t a particularly uninteresting or illogical idea. But we’re shown up-front that Dom is being manipulated against his will, and his table-turning revenge plot is teed up well in advance of its execution. None of Dom’s “fambly” ever doubt him for a moment; they don’t even take a break from the wisecracks in the immediate aftermath of his betrayal. The movie recognises that the likeability of its cast is more important than the mechanics of its plot, but this time the plot is built atop of those existing relationships, and they struggle to shoulder the weight.

While Dom is busying himself pinching nuclear weapons, his team are assembled by covert-ops muckety-muck Mr. Nobody (Kurt Russell) and his by-the-book new underling (Scott Eastwood) to thwart Cipher’s rather unspecific scheme. The nominal father-figure this time around is Dwayne Johnson’s ex-DSS agent Luke Hobbs, an actor who has more range and charisma in one arm that Diesel has in his entire filmography, and Fate’s renewed focus on him – and the separation of his character from Dom – suggests that this isn’t a secret. Elsewhere are the usual faces: Letty (Michelle Rodriguez), whom Dom has finally just married; Ramsay (Nathalie Emmanuel), the hacker from the previous movie; Tej (Ludacris), the smug technologist; and Roman (Tyrese Gibson), who still doesn’t have a concrete purpose in these movies, which the rest of the team are frequently eager to point out. (He’s listed as number 11 on Interpol’s Top Ten Most Wanted list.) 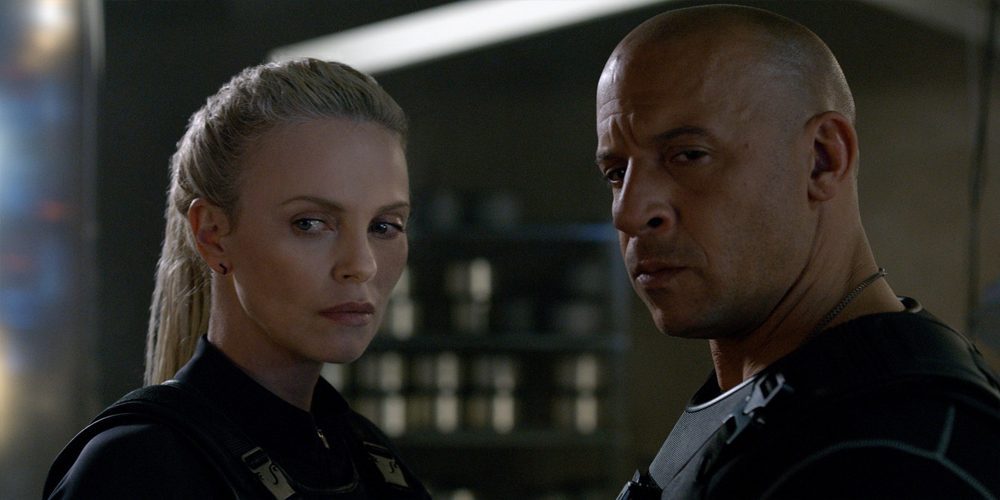 Vin Diesel’s extremely limited range befits a morally-ambiguous antihero – he’s always been better in something like Pitch Black than he has in these movies, but now that they’ve repositioned him as a saintly superhero, the intentional irony feels lazily cynical. “Your team is about to go up against the only thing they can’t handle,” Cipher personably informs Dom at one point, “you.” Which is a bit of a stretch. The interplay between characters has always been the point of the franchise; not just their verbal back-and-forth banter, but how their individual skillsets combine to solve various ludicrous problems. Diesel might have been the group’s frontman, largely thanks to him being in the series since the beginning (and probably his executive producer credit), but these have never been his movies. On his own he’s just a tough-talking bald man in a greasy sleeveless tee.

Don’t get the wrong idea – this isn’t a bad movie by any means, but it’s more interesting to talk about the ways in which it doesn’t work because the ways in which it does are the same as always. If you’re concerned, don’t be. It’s fine. The propulsive novelty of fighting global terrorism with street-racing is still intact, and the cast don’t seem to be having any less fun. But the sense of Fast and Furious going above and beyond expectations isn’t quite there with this instalment, and after Fast Five’s franchise-redefining embrace of stupidity, Fast Six’s escalating complexity, and Furious 7’s in-memoriam solemnity, that feels like a bit of a disappointment.

Still, at least the guy in charge of naming these things still has a sense of humour.