Somewhere in an air-conditioned office in Hollywood, a bunch of sweaty executives trawled through a big pile of scripts and raised this one in the air: The Hitman’s Bodyguard. The next task was to ensure that this explosion-filled blockbuster was going to make huge profits. How about Samuel L. Jackson and Ryan Reynolds? A comedy action genre? Bingo. Insignificant history was born.

Okay, I am being intentionally sarcastic. The point is, there is no point in me sitting here writing an in-depth review about a movie that was not made to be critically well received. There were two reasons why this film was made; for money to be made, and mass audiences to indulgently eat popcorn and enjoy it. Money first, of course. Did it succeed in that? Well, I cannot discuss the money as it has just come out as I write this, but there is no denying that The Hitman’s Bodyguard is fun.

Okay, interesting. What’s it about?

Michael Bryce (Ryan Reynolds) is a triple A rated bodyguard. That’s until one of his jobs goes terribly wrong. Darius Kincaid (Samuel L. Jackson) is a famous imprisoned hitman that has been selected by Interpol to testify against violent dictator Vladislav Dukhovich (Gary Oldman). Despite their bitter past, Michael is forced with the task of protecting Darius as they go en route to the international court whilst the dictator has groups of corrupt men trying to stop them. That’s all you really need to know about The Hitman’s Bodyguard. The plot is irrelevant anyway.

Okay, why is that?

The film is not built on trying to convince its audience of a convincing political situation in a comedy action because it is entirely unrealistic. The sole focus is to put the audience on a joyous ride and considering Michael is meant to be a bodyguard, there is not much bodyguarding in this film. I would argue that apart from the action, this movie is not really about a bodyguard protecting a crazy hitman from getting killed.

Okay, what the hell is really going on here?

I thought that too, but there are two other characters that complete the premise. Firstly, Amelia Roussel (Elodie Young) works for Interpol and needs this mission to succeed to save her career. She is Michael’s ex-partner. Michael is only doing this job because he still has feelings for her which he tries very hard to deny. Secondly, Sonia Kincaid (Salem Hayek) is imprisoned because of her partner Darius so he has agreed to a deal with Interpol for Sonia to be pardoned if he testifies against the dictator. In actual fact, this movie is about two men trying to make things right for their partners in a very roundabout way.

Amongst all the explosions, car chases, bike chases, blood, fights and stunts you have two violent men on the road discussing their life problems and Samuel L. Jackson delivering long monologues about love and life. 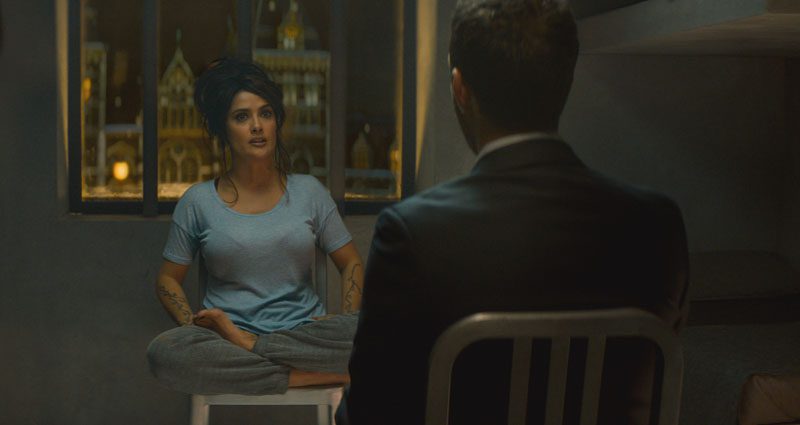 Okay, it sounds like you are clutching at straws.

Maybe I am a little, but I do have a slight point because the entire story is preposterous so it is difficult at this point to question if it is or isn’t. The thing is, Ryan Reynolds and Samuel L. Jackson both enjoyed performing their roles, which makes it more bearable. I mentioned something similar in my review of Central Intelligence where I enjoyed it because despite its bizarre plot Dwayne Johnson and Kevin Hart obviously enjoyed what they were doing. Everything pre-action in this movie is Michael and Darius on the road and making digs at each other. We are even treated to Samuel L. Jackson treating us to a ballad, which is sarcastically countered by Ryan Reynolds singing a different song. Improvised or not, they enjoyed it. Movies like this are hard to critique because they are not made for the art of film. You can only really judge them on how fun they are.

So is it that good?

No, is it hell. Although I enjoyed it I also appreciate the fact that the entire movie is a carbon copy of all the other summer Hollywood comedies. I will say this much. It is okay. Some of the action scenes and turning points are so silly I was in disbelief.  There are only so many times you can give the characters a vehicle and near misses before the whole concept becomes too far fetched to even consume from a fun perspective. There is an entire sequence of action scenes in Amsterdam and despite it being a good idea, it was repetitive. What kept me in it was that the odd gag did make me laugh and Reynolds is a likeable comedy character. I suppose it did not help that I watched Pulp Fiction a week before. To watch Jackson’s best movie next to this summer trash was always going to be a reality check. Fortunately, for me, I have a monthly cinema membership. I would hate to spend money on this. I suppose if you like popcorn movies then your snack hunt will be well rewarded.

The action is obviously good. It is a big budget movie. A lot of cars are smashed up, there are a lot of guns fired and there are a lot of explosions. I have read some reviews suggesting it glorifies violence. I mean, get a grip. In modern film terms, this is a drop in the ocean. There is blood but much of the violence is suggestive.

Not really but I honestly enjoyed it. It is fun which makes it bearable but if I did not review films I would not make the effort. 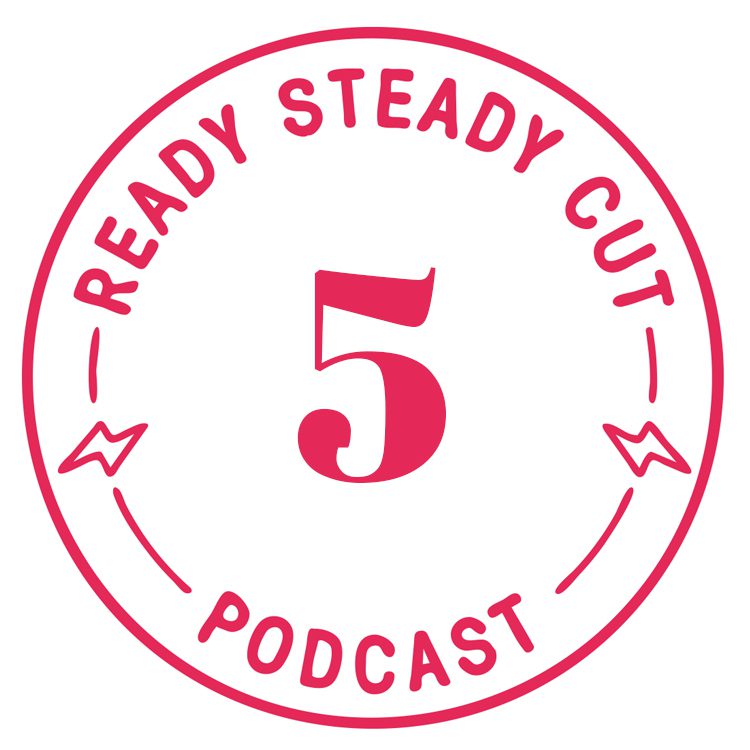