Now from a planet out in space

There comes a lad not commonplace

A’ seeking out his first embrace.

He’s saving it for you.

We know not what he’ll do.

The Enterprise brings aboard an unfortunate passenger: Charlie Evans (Robert Walker), who spent almost his entire life alone on a planet. However, as Charlie tries to figure out who he is as a member of a community, it becomes clear just how Charlie survived for so long on the planet. The indigenous creatures of the planet have bestowed near godlike powers upon the boy, but he may not be mature enough to control them. 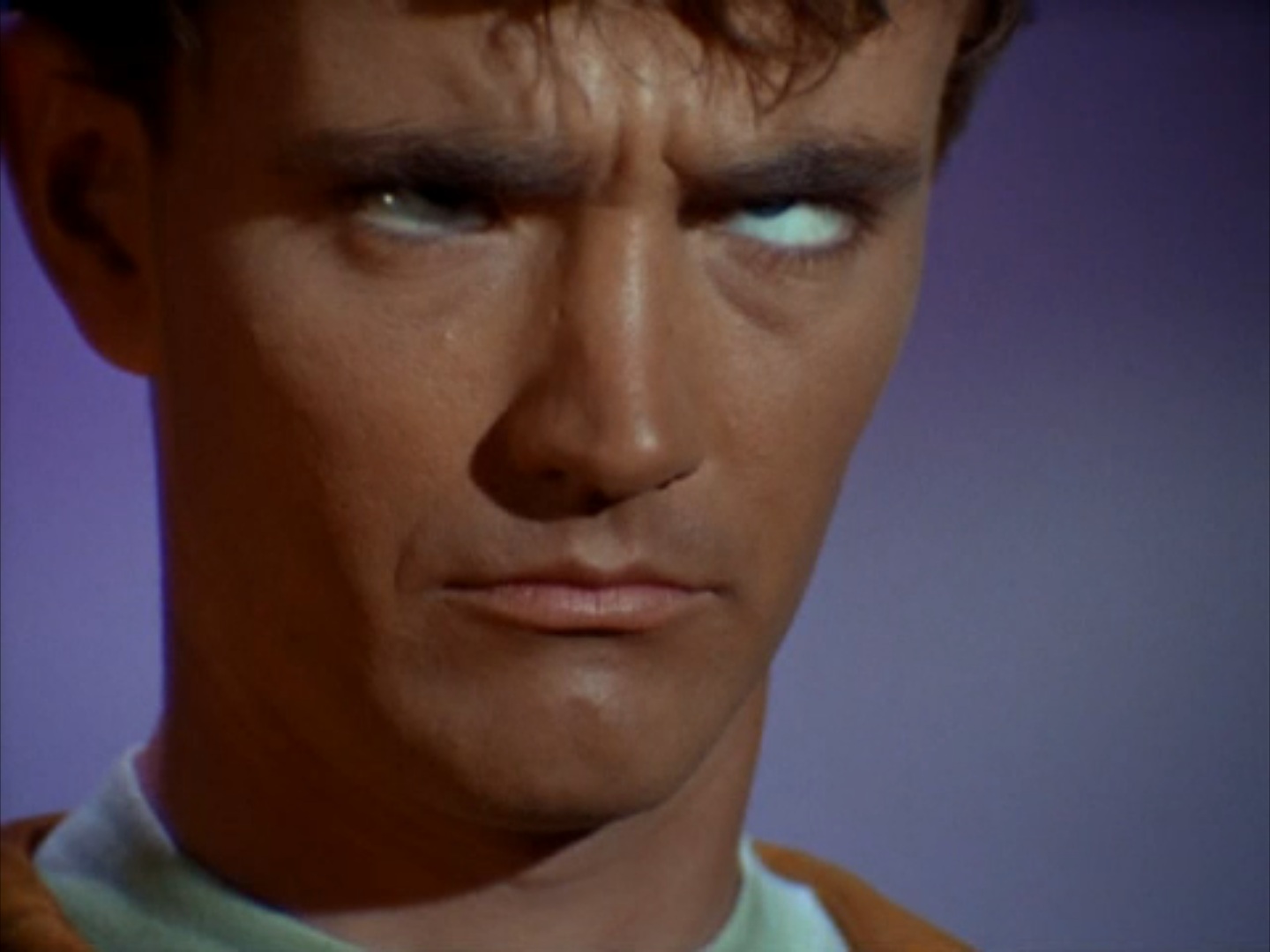 It’s not 90 seconds into “Charlie X” that we see that there’s something wrong with Charlie Evans. Yes, he’s a bit awkward, but the way the Antares captain dumps him off, sweaty palms and all, on Kirk, then suddenly changes his tune, boasts a subtlety I didn’t remember. I thought it would take a while before getting to Charlie’s creepy eyeroll powers, but no: just a minute in and it’s there in full force.

One thing Star Trek does best is speaking about the human condition. Charlie is a frightfully embarrassing teenager, compounded by the fact that he’s had no real human contact for fourteen years. He has no context for how to be a person, but he’s trying and growing more frustrated:

CHARLIE: Everything I do or say is wrong. I’m in the way, I don’t know the rules, and when I learn something and try to do it, suddenly I’m wrong!
KIRK: Now wait, wait.
CHARLIE: I don’t know what I am or what I’m supposed to be, or even who. I don’t know why I hurt so much inside all the time.
KIRK: You’ll live, believe me. There’s nothing wrong with you that hasn’t gone wrong with every other human male since the model first came up.
CHARLIE: What if you care for someone? What do you do?
KIRK: You go slow. You be gentle. I mean, it’s not a one-way street, you know, how you feel and that’s all. It’s how the girl feels, too. Don’t press, Charlie. If the girl feels anything for you at all, you’ll know it. Do you understand?
…
KIRK: Charlie, there are a million things in this universe you can have and there are a million things you can’t have. It’s no fun facing that, but that’s the way things are.
CHARLIE: Then what am I going to do?
KIRK: Hang on tight and survive. Everybody does.
CHARLIE: You don’t.
KIRK: Everybody, Charlie. Me, too.
CHARLIE: I’m trying, but I don’t know how.

If this isn’t something universal about the human condition (not just to males, but we do pretty well on our own here…), I don’t know what is. “He’s a boy in a man’s body, trying to be an adult with the adolescence in him getting in the way.” Charlie is sorting out his humanity, as are we all, and he thinks that Kirk has it all figured out. We all look to others and just assume their lives are sorted out, that they’ve hacked life and know how to level up faster than we do. But we’re all just faking it because it’s each of our first times. 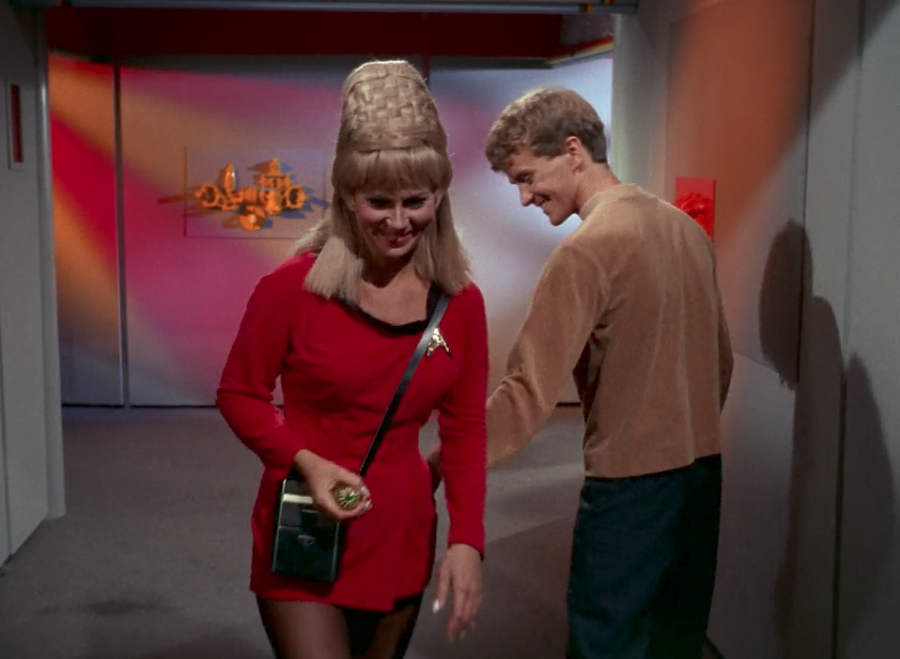 Charlie awkwardly interrupts, doesn’t know how to talk to girls, slaps Yeoman Rand on the backside after seeing two male colleagues do so. He messes up – but don’t we all? He’s “got to live with people…[he’s] not alone anymore,” as Rand chastises Charlie. What’s even funnier is the fact that Kirk, Spock, and McCoy debate how to talk to Charlie about the birds and the bees, about who will be the boy’s best role model.

Charlie is just learning to be a person, but he’s had no context, and his powers have taught him that wishing will give him everything he can hope for. He does card tricks, makes turkeys for Thanksgiving (a noble move), gives gifts of perfume – all innocuous events. It’s when he starts taking away Uhura’s voice, removing a crew member’s face, turning Tina into an iguana, and zapping people away that he gets himself into real trouble, and everything spirals out of control from there. 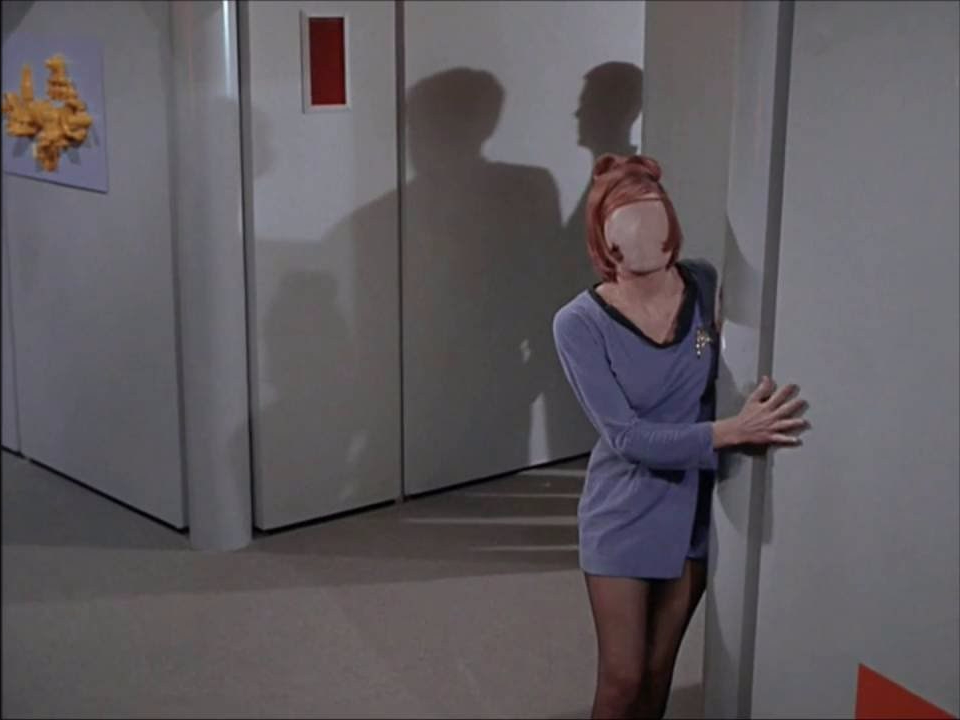 Check another box for another trope that we’ll see repeatedly in the Star Trek franchise: people with superhuman powers who can’t handle them (we’ll see them again very soon, in an episode filmed before this one – it’s at the heart of Star Trek), and the message doesn’t change: our human foibles remain, and no amount of power or technology can change that.

However, the deus ex machina of this episode leaves me deeply unsatisfied. While some episodes deal with the godlike human by killing the problem (“Where No Man Has Gone Before”), outwitting it (about 3/4 of the Q episodes, as well as “The Squire of Gothos”), or arguing that humanity is worth not squashing like puny insects (all the rest of the Q episodes) – this episode just takes the problem out of the Enterprise crew’s hands. They just survive the episode until Charlie’s adoptive green space mist parents come to collect him. There’s no humanity left for Charlie – it’s taken from him.

Earlier, I talked about the wonderfully uncomfortable debate about who will talk to Charlie about the ways of the world (obviously, it should be Kirk). However, the more important revelation in this conversation is the solidification of the dynamic between Kirk, Spock, and McCoy. In short, they are ethos, logos, and pathos. Kirk represents all the nobility and philosophy of the Federation – its ethos, its moral center. McCoy pushes forward with his pathos, often speaking out of turn, commenting on situations from an emotional standpoint, or providing a counterpoint to Spock’s logos. In all things, Spock must look from an utterly logical perspective, which Kirk needs and so does McCoy. The three balance one another out (at times throughout the series, Kirk and McCoy switch categories, but generally this remains).

This is an uneven episode in many ways, as the show was still trying to figure itself out. However, the main point takeaway for me is the burgeoning relationship between Kirk, Spock, and McCoy: it’ll become the core of the show, after all. 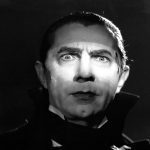 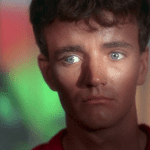 This is an episode I often skip when I rewatch. As a result, I haven’t seen it in a long time. I’ve always found Robert Walker’s Charlie to be just painfully awkward. Maybe it was a reflection of myself that I shied away from. I was a terribly awkward teenager (but who wasn’t, right? Don’t tell me if you weren’t…), and so it’s possible that I just didn’t want that mirror held up to myself. Or maybe it’s his daggone creepy eyes. Seriously, they still skeeve me out. His eyes are highlighted just about as much as Bela Lugosi’s Dracula, and I’m wondering who’s job that was on the Enterprise. Probably the same guy who puts vaseline on everyone’s eyes when Kirk has his shirt off, to make Kirk look extra dreamy. Perks of having your own starship, I guess. 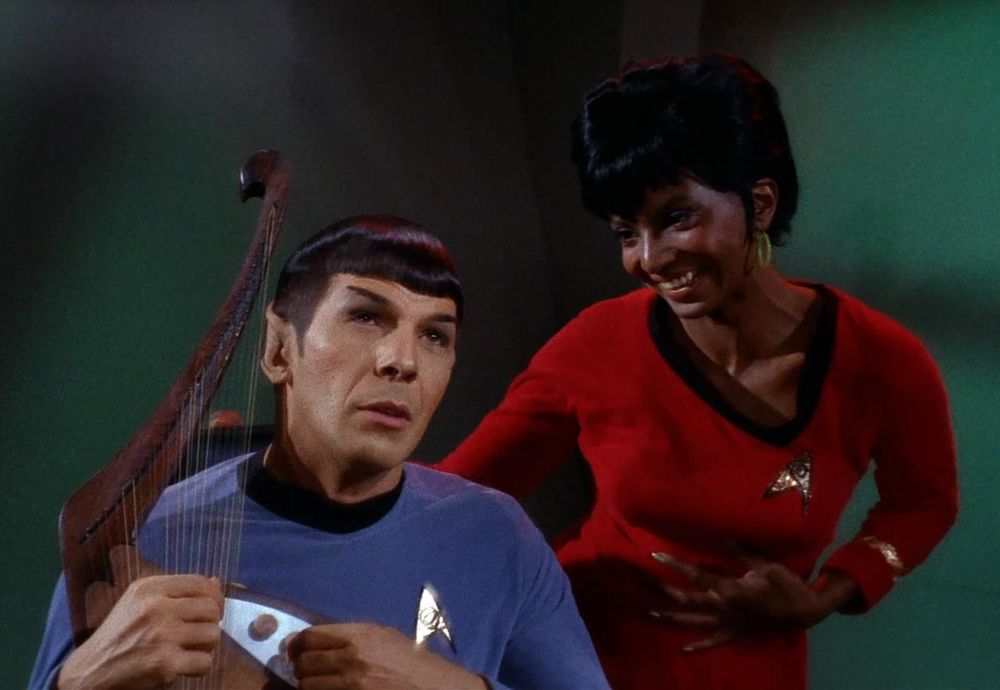 I enjoy the belowdecks exploration of the Enterprise here: we see maintenance tubes (not Jeffries Tubes yet), the gym, the rec room, lots of the crew doing their job, not just the bridge crew. It builds this world nicely, especially seeing Spock there, who’s the last person we would expect.

Last week I mentioned that “The Man Trap” was the only source of the Abramsverse Spock-Uhura relationship, but Spock alluringly plays the Vulcan lyre while Uhura sings about his pointy ears. Seriously, get a room, guys!

D.C. Fontana’s immense contribution as a writer and producer for Star Trek (and therefore science fiction in general) cannot be ignored. She ran the first season of Star Trek: The Animated Series, helped kick off and run Star Trek: The Next Generation, and therefore was instrumental, second only to Gene Roddenberry, in ensuring the longevity of Star Trek through the decade-long desert after its cancellation in 1969. Her episodes are among the best in the entire franchise. Particularly “Yesteryear,” “Journey to Babel,” and “The Enterprise Incident,” in The Original Series. 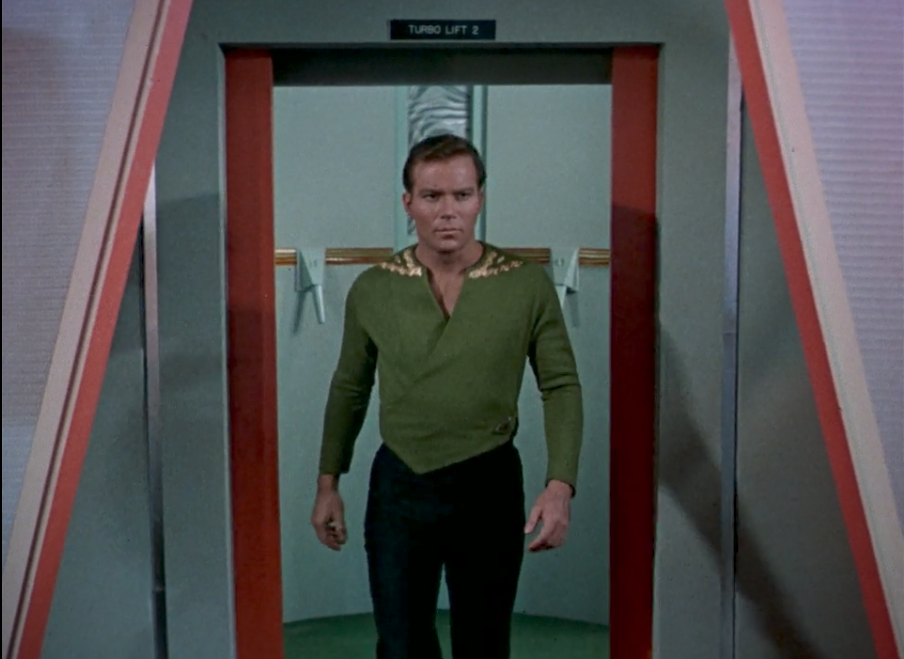 We’ve got some great costume choices here: our first shirtless Kirk (don’t worry, it’s not the last!) and our first glimpse of Kirk’s informal, casual uniform shirt. It’s so strange and out of place. Still, I’d wear it.

– Charlie asking Kirk about Yeoman Rand (that Antares crew has no women aboard – that’s definitely not very enlightened of them!)

“There’s no right way to hit a woman.”

– Kirk telling Charlie not to slap Yeoman Rand’s backside. (Apparently ignoring the fact that there’s an Orion Slave Girl trafficking ring going on under the Federation’s watch, but yeah, worry about that…)

“Captain Kirk is one of a kind, Charlie.”

Yes! Brace yourselves. Next week’s episode is a little rougher around the edges, production-wise, but it deals with very similar issues from a different angle. It’s really one of the best-written episodes of The Original Series. If you like good science fiction that talks about issues of who we are as humans – this is your place!