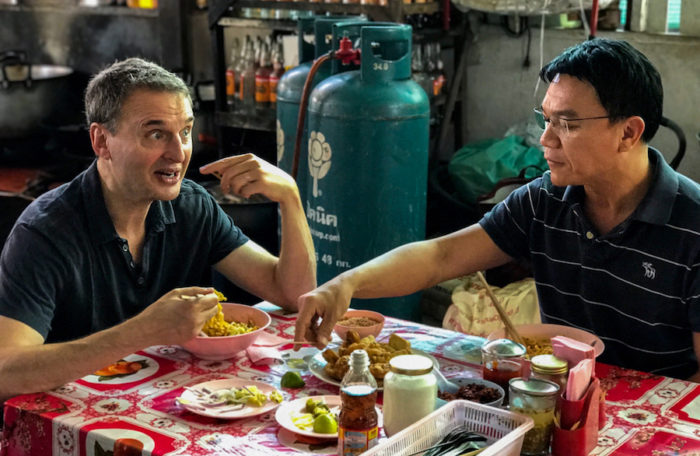 Philip Rosenthal. He is famously known as the creator, writer, and executive producer for the sitcom Everybody Loves Raymond. Of course, this does not matter when it comes to this Netflix Original. He’s starring in it so he is in the ultimate limelight. Well, when I say limelight, what I really mean is that he eats copious amounts of food and gets very excited.

Ah, that is why it’s called Somebody Feed Phil?

It sounds like a sitcom doesn’t it? In this Netflix documentary series, he travels the world to understand the teachings of vastly different local cuisines and culinary practices. Whilst doing this, he tries to give the audience knowledge on tourist attractions and cultural experiences. What he is really bothered about is the amount of great food he gets to eat. I spent the entire day feeling hopelessly hungry as I maintained my healthy eating; devouring avocado smoothie bowls wishing I was eating the delicious meals that were dripping temptingly on the screen. Netflix has performed a u-turn swiftly; last week we were provided with Rotten, which does not put food in a good light at all.

Anyway… enough about your appetite. What do we learn from Phil?

If I’m brutally honest, I learned that other countries are so much better at food than us miserable British folk chewing on Yorkshire puddings and soggy fish and chips. The main strength of Somebody Feed Phil is the enthusiasm displayed. Phil is full of life.  He feels like a bumbling tourist coming across new scenarios that he has not come across before. Give him special pork in Vietnam. Excitement. Famous noodles in Bangkok. Excitement. He oozes contagious happiness every time you see him take a bite of wonderful food.

So what’s the point?

The purpose of this documentary series is to present an appreciation for people and food in all corners of life. Phil is not walking into restaurants and ordering off the menu, he is meeting interesting characters. I have always had an understanding that with every meal there is a story. There are a few instances spread across six episodes where there is a clear relationship between the person, the food, and the places. For example one of the restaurant owners named “The Doctor” from Israel got his recipes and ideas from his father who became popular in prison for cooking delicious meals.

Phil is the unknowing, naive and happy-living tourist. The constant grin on his face should technically annoy you, but if you love food like I do, how can it? I am usually irked by people who laugh and smile when people around them are not responding to their jolly or happy ways, unless it’s satirical like The Office. Phil understands he is out of his own depth, but embraces it.  One of my main annoyances is that I could almost taste the flavors of the dishes. Here is a warning: if you end up binge watching Somebody Feed Phil you may either end up catching a plane or binge eating on less tasty food. 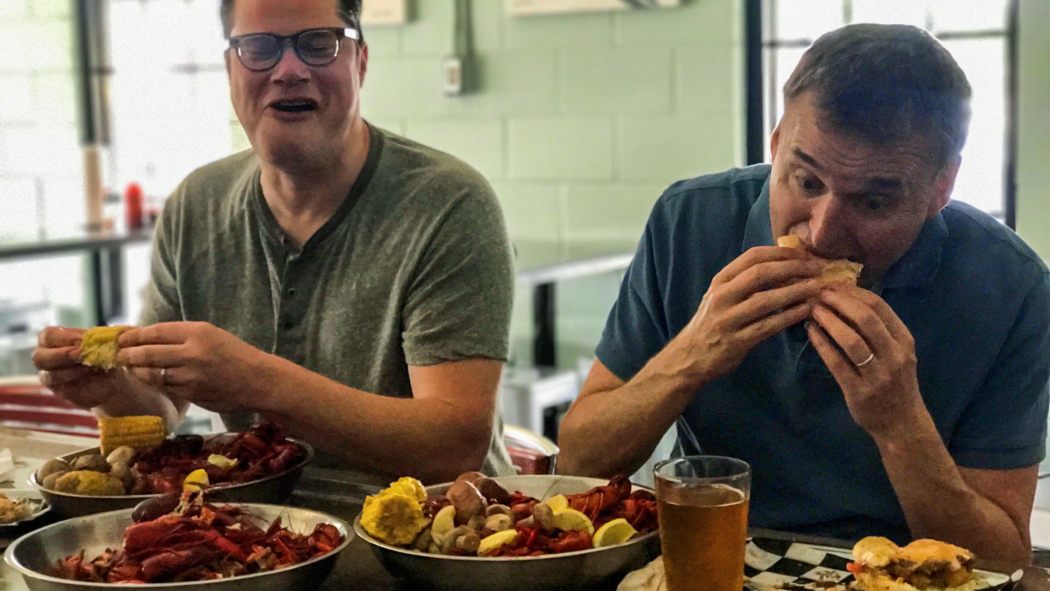 So this is a well-regarded producer trying out different foods in different countries?

Somebody Feed Phil may sound simple and not worth the time, but its the simplicity that keeps its bright. As far as I’m concerned most people love food, and there is always something new to try. Phil represents us when we go out to a new restaurant. Phil represents us when we go to a new holiday destination that we have never visited before. This Netflix Original allows us to live his journey of gluttony vicariously, minus the palate pleasing.

The final point is that Phil manages to show how different social groups approach food. He makes a lot of friends in this documentary rather easily.

Reviewing this has surprisingly brought up a memory I never thought I would repeat. Whilst I was living in the USA being young, dumb and having fun, I became friends with a British guy called Jeremy. He was enthusiastic, always had a spring in his step and was always socially responsive to absolutely everything. Constantly. Unfortunately, his personality was too much for me, to the point where sometimes I almost felt embarrassed being around him in the simplest of environments like a shopping mall. Anyway, he ended up hitchhiking to Mexico and left me in Cape Cod. He apparently had some great experiences including a threesome with two Mexican girls, which he repeated several times via one email. I found him annoying. The point of the story is that Phil was my Jeremy, and my young, naive self was completely wrong. There is nothing wrong with being the happy fool taking on life at all. And in the case of Somebody Feed Phil, it shows that enjoying food and getting to know people works.

Yes. Enjoy it. Enjoy an enthusiastic man’s enthusiasm for food. I guarantee you will not feel unhappy watching this Netflix documentary series. You will feel hungry, though. This is Part 1 – the first course – and I will happily stay around if he decides to have mains.

Oh, as for Jeremy. If you are reading this and you are still alive and have not discovered some visa issues yet, I apologize. Please be quick though, because Trump is building that wall.