Flashback | Recap | Star Trek: The Original Series S1E21: “The Return of the Archons”


Season 1 – The Return of the Archons 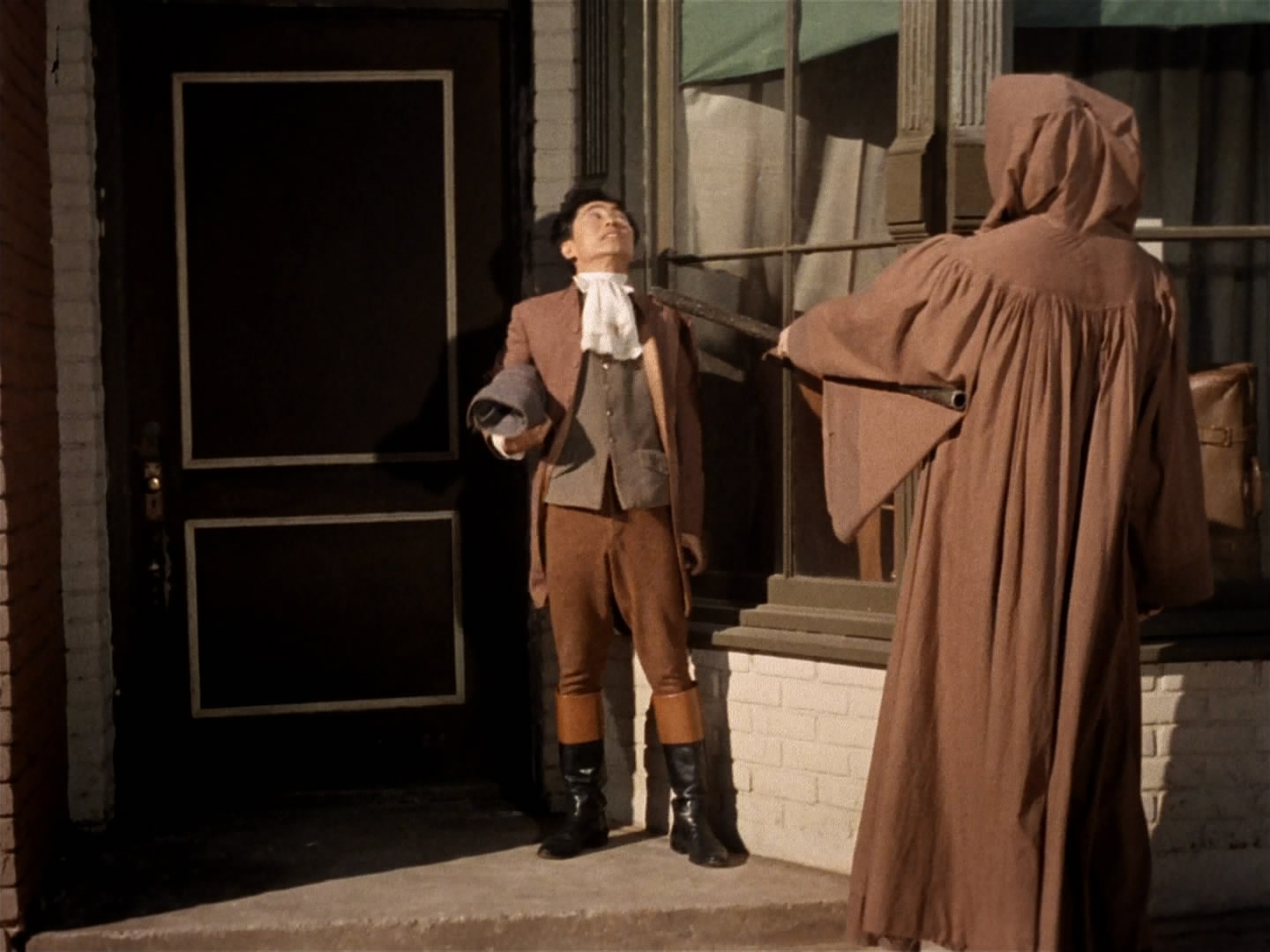 When Lt. Sulu (George Takei) returns to the Enterprise without his partner on the landing party, muttering dazedly about paradise, Captain Kirk (William Shatner) must investigate a strange planet. This planet is incredibly earthlike, except that the population runs amok in the streets at “The Red Hour.” Hooded, zombie-like, lawgivers stride throughout the streets killing dissenters, all while intoning that they do the will of Landru. 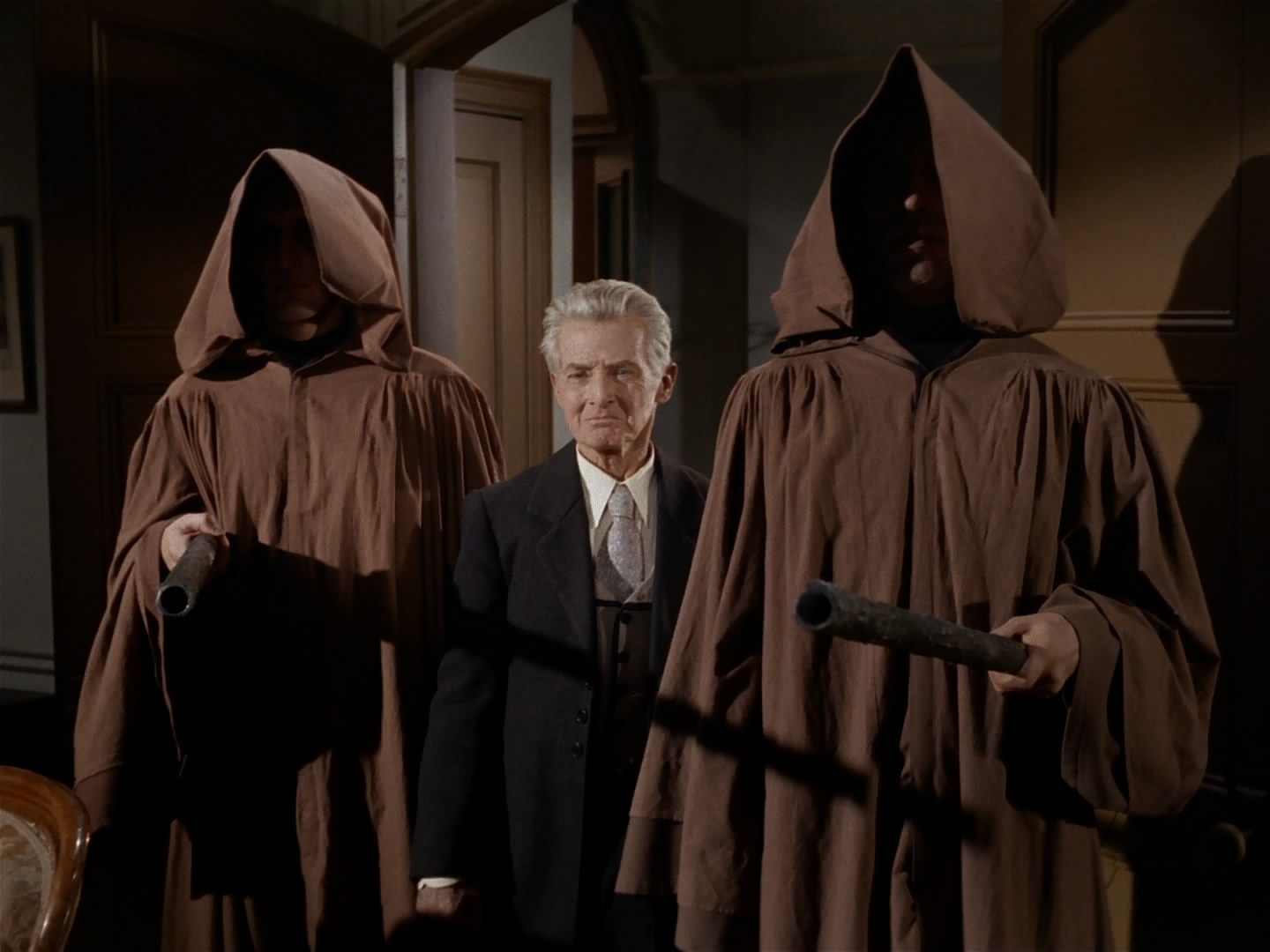 There is so much introduced in this episode, and so much left hanging. It’s actually pretty frustrating. We’re told about so many things: the Festival, the Red Hour (which makes people run mad in the streets, smashing windows and molesting women), the Archons, the lawgivers and their sticks of doom, Landru’s computer and how it controls everything. Yet nothing is delved into or explained at all. Are the Festival and the Red Hour the same thing? What is their purpose? Is it like The Purge, where the people just get out all their repression in one fell swoop? What happens after Kirk destroys the only thing keeping this planet running? This could be a seriously meaty episode, but it all falls flat and feels as hollow as the lawgiver’s sticks of doom. 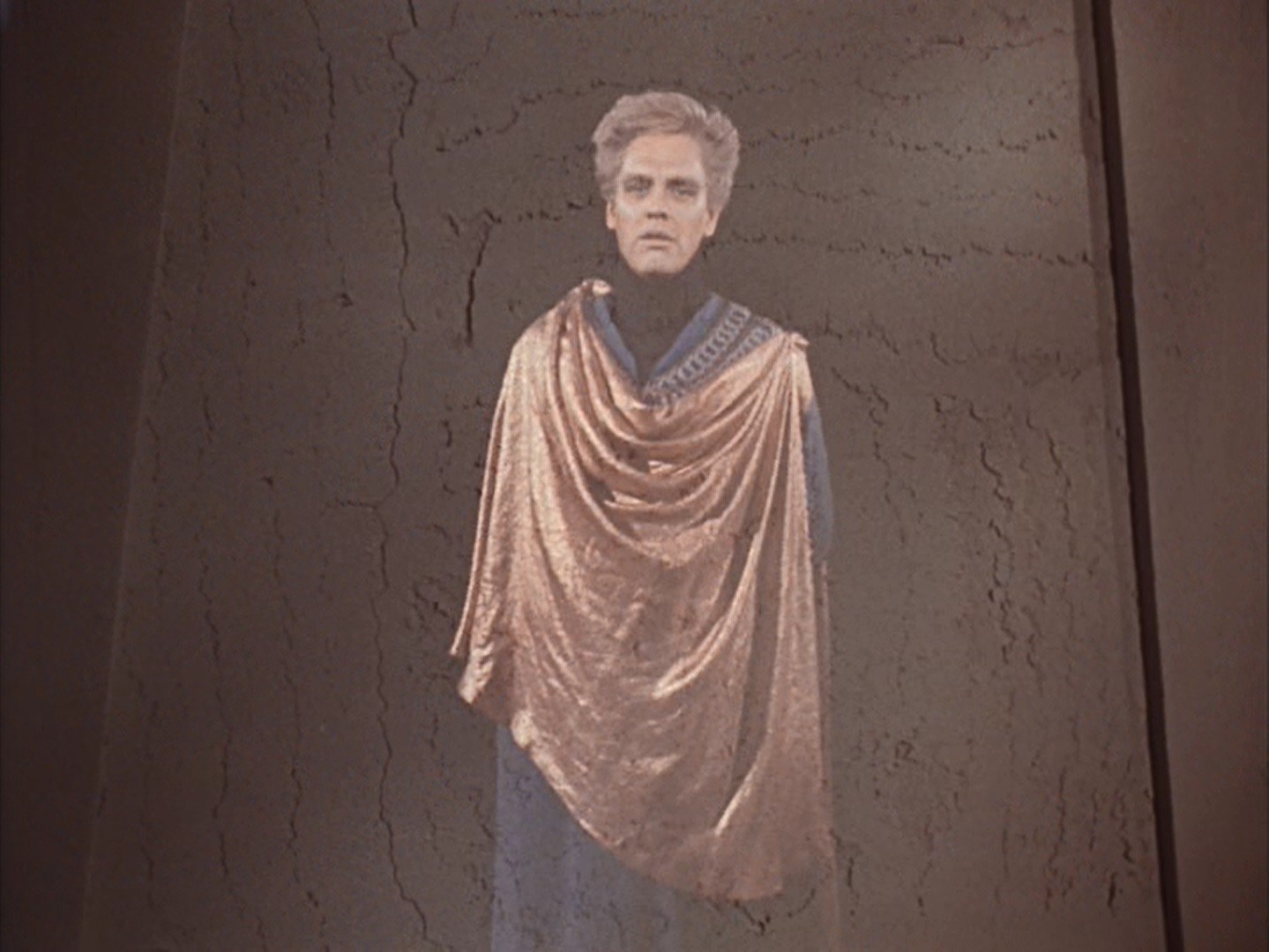 Is there anything worthwhile here?

The single, important benefit of this episode is the creation of the Prime Directive, something that will become a cornerstone of Star Trek throughout the following fifty years. The Prime Directive, Starfleet’s General Order One, forbids the interference with cultures’ normal development. As Captain Picard will put it in “Symbiosis”: “The Prime Directive is not just a set of rules; it is a philosophy… and a very correct one. History has proven again and again that whenever mankind interferes with a less developed civilization, no matter how well intentioned that interference may be, the results are invariably disastrous.” The struggle with the Prime Directive will drive many episodes from here on out. Unless, that is, Kirk wants to willfully ignore it, as he does here. Spock protests: “Captain, our Prime Directive of non-interference…” and Kirk retorts: “That refers to a living, growing culture. Do you think this one is?” Apparently, it’s up to the captain to decide when the Prime Directive applies.

The Red Hour is potently intriguing, and it’s eerily depicted. The moment the clock strikes six, everyone stopped moving in tandem, then goes berserk, trashing and burning things, grabbing women and carrying them off. Then when the Starfleet offices want to confront someone for assaulting a woman during the Red Hour, Reger shrugs them off: “It wasn’t Bilar [who attacked her], it was Landru.” What does that mean? Did the people give up their control to Landru? It is because of Landru that they go crazy? Who has the agency there? But so what? It never goes anywhere.

Bilar (Lev Mailer) delivers a seriously horrific performance. I think he’s supposed to be playing a stoned, computer-driven character, which I suppose he nails. He can’t even play human well. 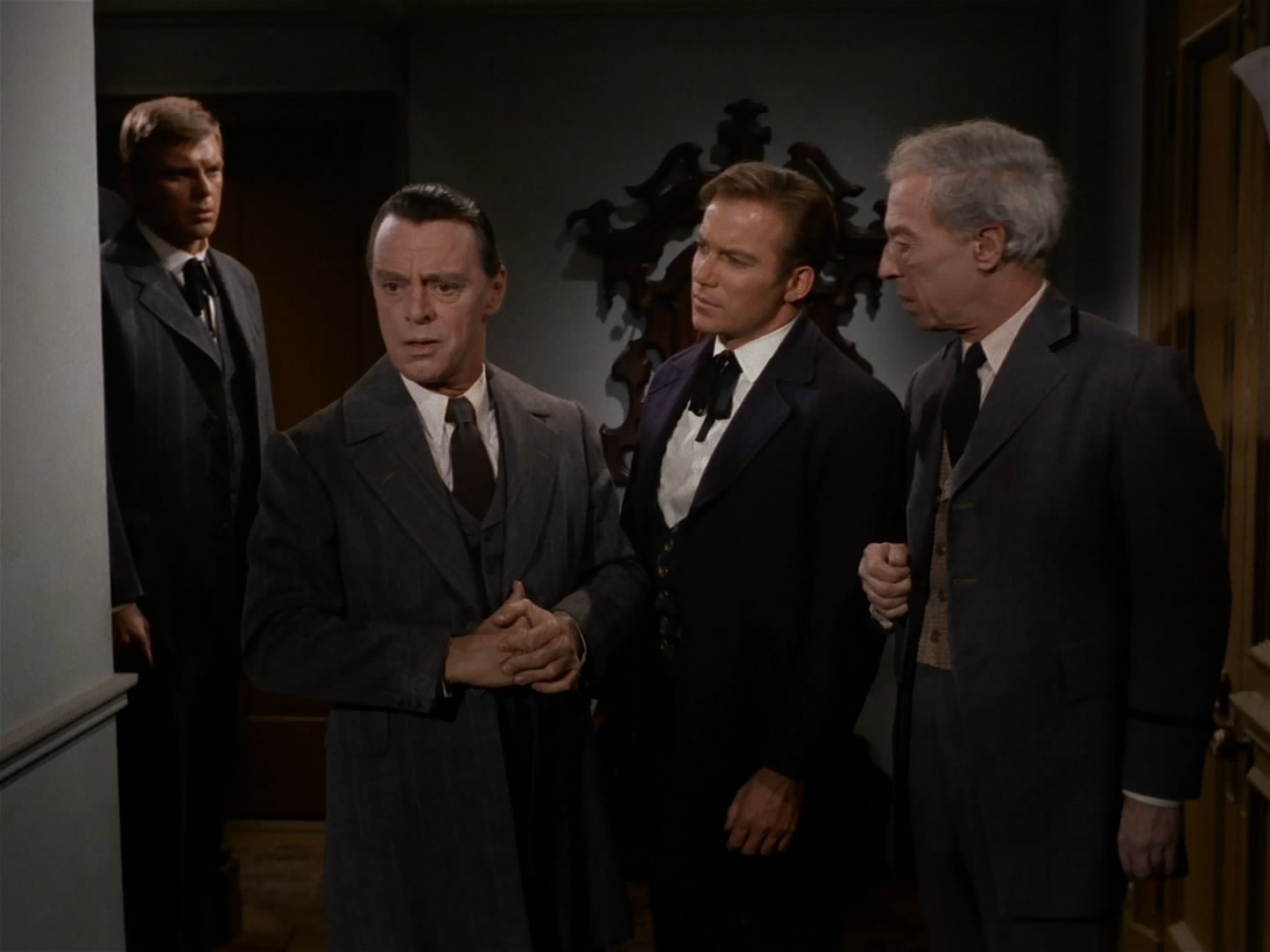 Despite the supreme awfulness of Bilar, we do get another episode with great guest stars, two of whom are prolific character actors from the sixties. Reger (Harry Townes) is utterly genuine as a conflicted man watching his society spin out of control, leading a bit of a resistance movement. Jon Lormer’s Tamar is supremely well known, appearing in “The Cage” and a season three episode of Star Trek, as well as every other show in the fifties, sixties, and seventies.

We’re going to see something very similar to this in a few episodes, with “This Side of Paradise.” There’ll be another force attempting to subsume Kirk and his crew into a euphoric zombie state. But of course, the good captain will have none of that!

Memorable Quotes from The Return of the Archons

“Landru seeks tranquility. Peace for all. The universal good.”

“This is a soulless society, captain. It has no spirit, no spark. All is indeed peace and tranquility – the peace of the factory; the tranquility of the machine; all parts working in unison.”

Following this intense disappointment is one of the most significant episodes in the show’s history: “Space Seed.” It’s the only episode to have a feature-length direct sequel in Star Trek II: The Wrath of Khan. Trust me, you’ll love it!