In Accident Man, a contract killer who specialises in making murders look innocent is pulled into a conspiracy when a loved one is targeted by his own agency. Jesse Johnson directs from a screenplay co-written by Scott Adkins, who stars alongside Ray Stevenson and Amy Johnston.

Over the last several years, Scott Adkins has carved out a niche in the VOD market by being one of very few actors who you suspect might actually be pretty handy in a fight. As far as Western martial arts movies are concerned, nobody doles out more convincing-looking punishment than Adkins.

The problem with him, though, despite his pugilistic prowess, is that he lacks the stubbly on-screen charisma of, say, Jason Statham – another movie tough-guy who specialises in playing versions of himself. But the former Olympic diving hopeful rose to prominence in roles that asked him to be funny. (His first two features were Lock, Stock and Two Smoking Barrels and Snatch.) He developed an uncanny ability to switch between playing himself and a parody of himself without actually changing the performance.

Adkins isn’t funny. But Accident Man is his attempt to be – a passion project that he co-wrote, and that combines action and comedy in a way that’s often odd but sometimes really successful and satisfying. It reaches beyond the usual low-budget fisticuffs and grasps at Guy Ritchie-style structural flair and comedic monologues. In it, Adkins plays Mike Fallon, an assassin whose specialty is making his hits resemble accidents. If this sounds reminiscent of Simon West’s 2011 remake of The Mechanic, or its ill-advised sequel, both of which starred Statham, then you have a decent idea of what to expect. 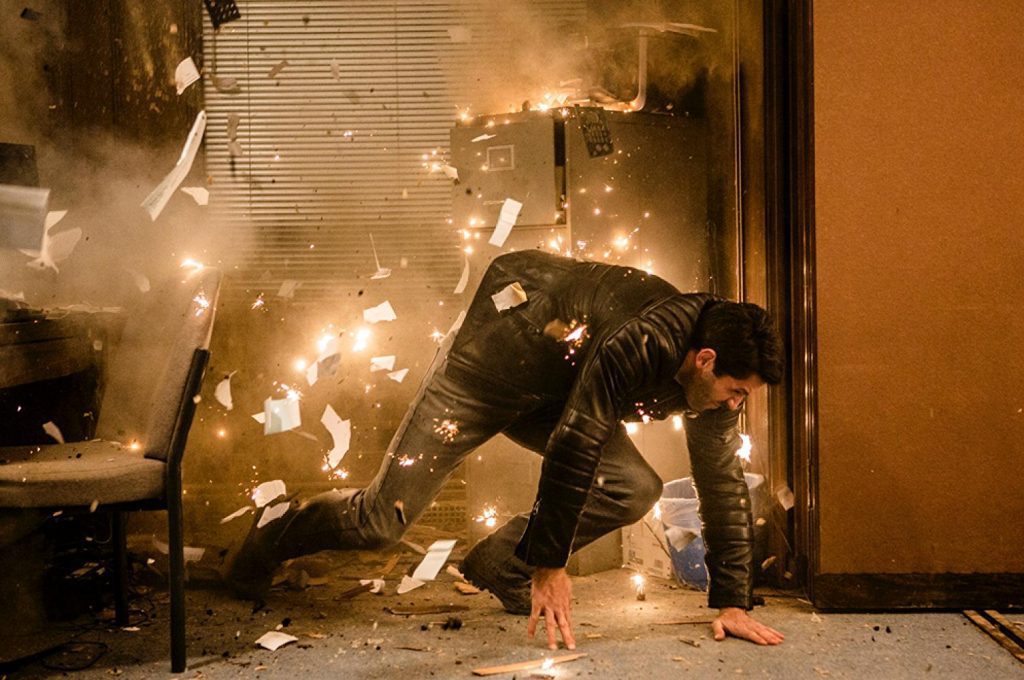 But Jesse V. Johnson is a kind of lo-fi DTV auteur. His previous collaboration with Adkins, Savage Dog, was a period pit-fighting flick drenched in a comically absurd level of horror-style gore. Accident Man is bloody, but it’s ambitious in a different way. There’s nothing like the bit in that movie where Adkins ate a man’s still-beating heart, but it creates a wacky universe and populates it with colourful murderers who’re allowed lots of their own silly moments.

Fallon hangs around in a pub that’s a bit like the Continental Hotel in John Wick only on a much tighter budget. Ray Stevenson works the bar as Fallon’s gruff, cockney Herbert mentor. There are other resident goons. Carnage Cliff (Ross O’Hennessey) is an axe-wielding brute who’s called on for killings that need to look psychopathic. Poison Pete (Stephen Donald) is toxic in more ways than one. Mick and Mack (Michael Jai White and Ray Park, aka Darth Maul) are former Special Forces who argue about whose nation’s armies are superior. Their kills are designed to resemble random crimes – turf wars, botched robberies, that kind of thing.

It’s obvious to both Fallon and the audience, then, that when his ex-girlfriend (Brooke Johnston) is killed in an apparent break-in, there’s more to be found out. Throughout his investigation, which he conducts alongside the woman (Ashley Greene) his old partner left him for, he works his way up and down the assassin food chain. He runs afoul of his fellow murderers, including Jane the Ripper, a swordswoman played Amy Johnston, and David Paymer as the weaselly dork who handles all their contracts. He talks a lot, both to other characters and the audience. And, predictably, he effortlessly assaults a lot of people. 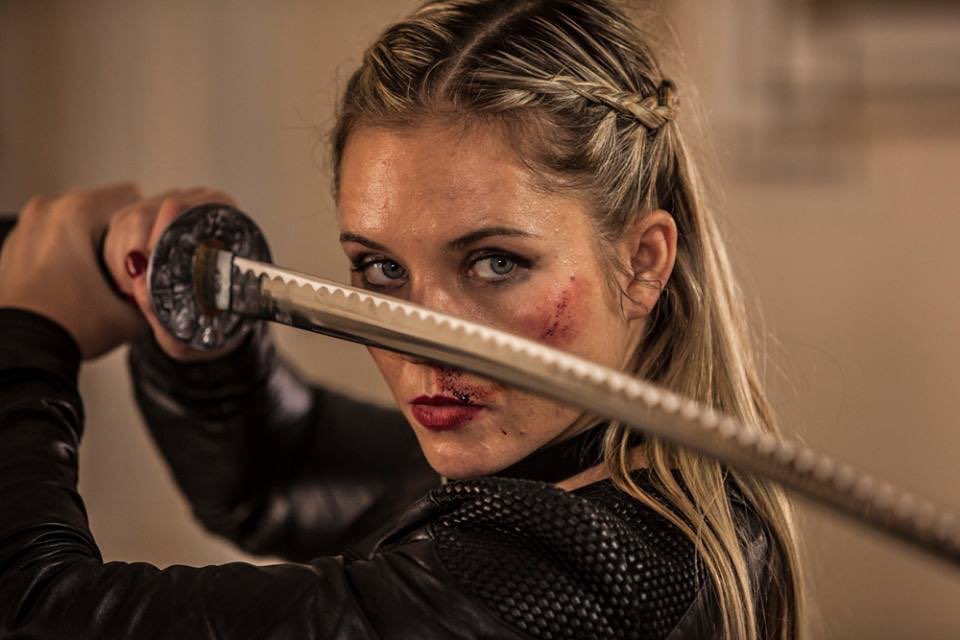 It’s the talking that sets Accident Man apart, and not always in a good way. Adkins is English, but he’s from the West Midlands, not the south, so his working-class cockney brogue is as much as an affectation as the cartoon Russian twang he lends Yuri Boyka in the Undisputed series. Some of his lines here are very funny, and he delivers them well. But there’s only so well anyone can deliver this many lines without it all feeling like too much. The worst offender is a brutally overlong flashback tangent wherein Fallon recounts his introduction to the world of contract killing in a way that you suspect might take up the rest of the movie.

Luckily, though, the violence is terrific. It’s helped along by the smart decision to keep the outlandish characters on fairly straight revenge-movie tracks. The plot rockets along, making stops for each protracted fight sequence. And Adkins is often paired with highly competent genre mainstays, like Jai White and Park, and even Amy Johnston, a former stuntwoman whose first leading role, Lady Bloodfight, I briefly reviewed on an episode of the podcast.

Because of that better-than-average action, which is what most people seek out an Adkins vehicle to see, you can forgive a lot of Accident Man’s missteps. And it undeniably has a lot. But you can lament the fact that the creative team clearly didn’t recognise their limitations while still respecting their ambition. Accident Man is that kind of movie. It’s fun, unchallenging and still probably a treat for fans of Adkins or the director. Yes, it bit off more than it could chew. But it still managed to swallow something that tastes more or less okay.