Netflix Original TV Series Re: Mind / ????? is a mystery that follows eleven female students as they try and find a motive behind why they have woken up bound to a huge dining room table. Written by Akira Uchikata, Yusuke Ishida and Yusuke Koroyasu and features thirteen episodes in the first season. It aired in the UK on February 15, 2018.

There are aspects of Re: Mind / ?????  which seem completely outlandish, but in other ways it captivates the audience. Eleven school girls wake up, all with bags over their heads and their feet boarded and locked to the floor. There are mice and frogs singing, a villain with an obvious limp (well, actually he just drags his foot across the floor) and a strange sense that all of this is a practical joke taken way too far. Every motive is exhausted by the girls and the show does not provide many clues, enabling the audience to investigate themselves. 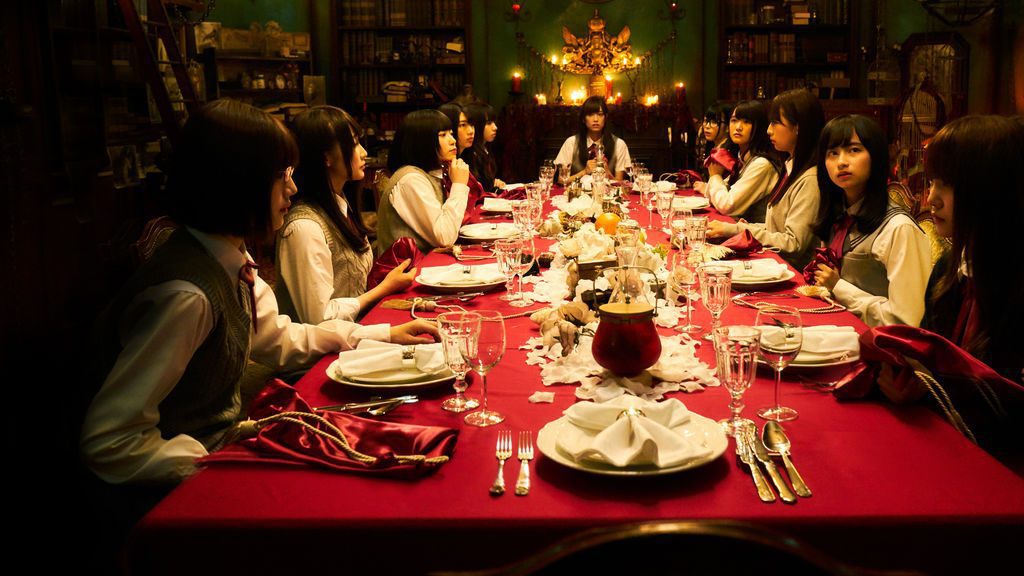 What Re: Mind / ????? does well is manage to keep you interested. You feel intrigued and invested in finding out who is going to such depths to gain revenge. Maybe it is because you don’t know why this person wants such revenge and why the culprit remains anonymous for so long. Another positive aspect, is that throughout the season there are only two stages used. The first is where the hostages are being held captive, and the second their school. Despite the limited settings, the mystery drama is still interesting to watch because the Netflix Original stays uncomplicated. The dialogue should also be rewarded; although the show is subtitled, the dialogue flows perfectly.

Another positive is the strong female presence in the 13 episode series. Re: Mind / ????? is female-directed, and a large majority of the cast are female characters which can be judged as a moral positive. The casting does not feel forced, but it is heartwarming to witness a TV series so heavily influenced by women. This is coupled with another benefit that it raises awareness of the harmful impact bullying, secrets and lies can have. 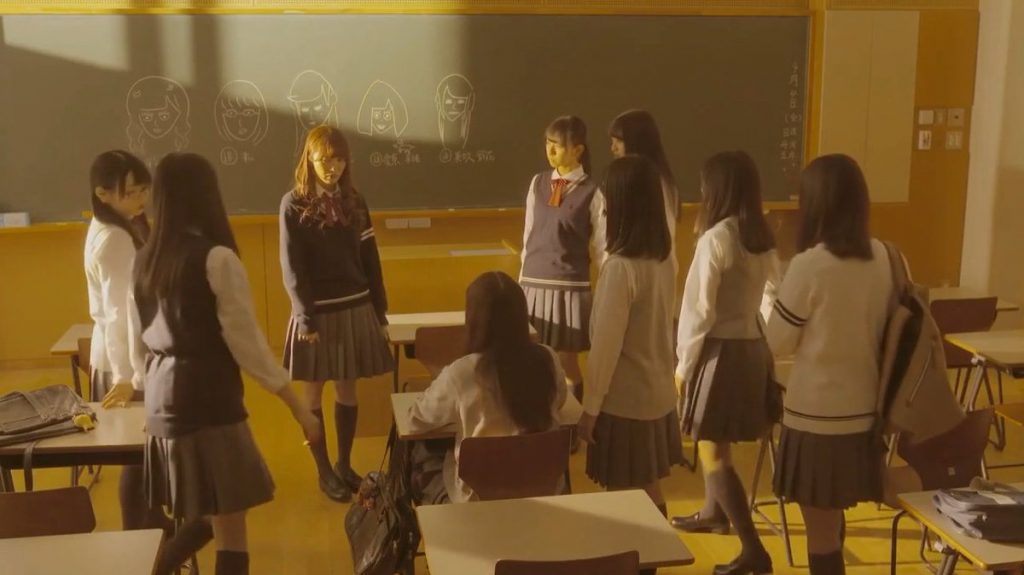 There are only a few negatives. Despite the dialogue offering a significant impact, one or two lines are questionable. To give an example: when the girls are all regaining consciousness one girl screams, “Stop screaming, I want to sleep more”. The character is obviously not bothered that she was unconscious, or why she has been bound to a huge dining table. Another drawback – the story does not, at times, fully explain the plot progression. An example, without giving away spoilers, is a rule that they are not allowed to have relationships. Before this ruling, one of the girls is complaining because she has gone through the whole of high school without a partner, but there are hints of a relationship between a victim and one of the suspects. Re: Mind / ????? seems purposefully complicated in a way that, at times, does not pay off.

It is not until the latter stages of the series that you find out who the culprit is and it is remarkably clever. The show manages to pull together all the clues as you sit there as the unsuspecting viewer. In all honesty, the later episodes provide the strength of the series and without them, the entire story could have felt a little worthless. Once the realization hits you, you begin to understand how clever the directors and writers really are. Unfortunately, this means you are sometimes left short-changed. As each girl disappears you never really understand their predicament, despite the investment from the audience into learning about each one.

As far as mysteries go, Re: Mind / ????? is not bad, but it is not the best either. I cannot help but think that a Hollywood version of this show would have made this odd and cheesy. Overall, the development of the characters are strong and the way the story is delivered is done well. There are a few issues in this Netflix Original, but nothing that prevents a recommendation to view.