Written and directed by Robin Aubert, The Ravenous, also known as Les Affamés, is a Canadian horror-drama about a zombie outbreak in the remote Quebec countryside. Starring Marc-André Grondin, Monia Chokri, and Micheline Lanctot.

The Ravenous, or Les Affamés, or according to Netflix just Ravenous, without a determiner, is a zombie-apocalypse movie. I assume you just breathed a sigh of something. Resignation, maybe? There are a lot of these things. Perhaps not too many Canadian ones, and not too many with such distinguished festival runs. (Ravenous won “Best Canadian Film” at the Toronto International Film Festival, which is presumably a tough category there.) But it’s a genre that’s starting to feel, ironically, a bit necrotic.

There are lots of ways you can make a movie about a zombie apocalypse, but apparently only two that people are interested in. One is to focus on the zombies. This is what you do if you have plenty of money lying around for makeup and effects but don’t know any decent screenwriters. You daub the point across the screen in glistening entrails; punctuate with popped heads, strewn and stamped like fat red berries.

The other way is to focus on the people. Introduce the audience to the throngs of hopeless survivors schlepping their way to some nebulous safe haven. You have them sleep with each other and abandon each other and do a lot of running, usually towards the camera. They talk a lot; they’ve all got tragic backstories and some have weird modes of speech or little gimmicks just to keep them interesting. Or annoying, as the case will likely be.

The Walking Dead, which is still for some reason the most popular contemporary zombie-apocalypse by a wide margin, tries to do both, to have its brains and eat them, which is why these days watching it is like watching two people try to have sex with their clothes on. Netflix’s new Original, Ravenous, is unusual because it does neither. It’s a filmmaker’s film, one with a creative mandate to make every frame as interesting and evocative as possible, sometimes as the expense of narrative cohesion or dramatic effect. It’s eerie and melancholic, slow and unique, and certainly not for everyone. But then again what is? 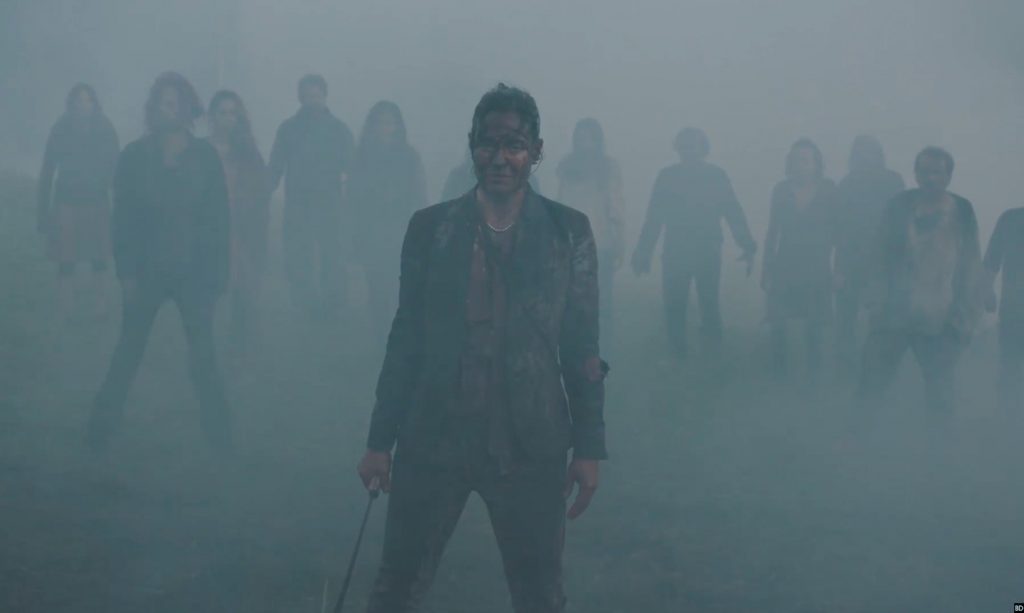 It takes over an hour to even get the band together. A hatchet-faced businesswoman in a pantsuit (Brigitte Poupart); a grim, bespectacled dork (Marc-André Grondin); an elderly man (Luc Proulx) and a young boy (Edouard Tremblay-Grenier); the dork’s mother (Micheline Lanctôt) and her flinty companion (Marie-Ginette Guay); a young, precocious orphan girl (Charlotte St-Martin); and a haggard survivor (Monia Chokri) who clings, tenaciously, to an accordion.

At first glance, none of this is original. The zombies are of unknown origin, and we never learn what caused the outbreak. Here they can run flat-out and they don’t really look like zombies, but you’ll recognise their taste for human flesh and how they can only be stopped by having their head shot or smashed in. The desperate, dwindling group of survivors plod across the landscape, hoping to find some kind of refuge, but knowing that they probably won’t. This, we’ve seen before.

Periodically, the zombies gather in droves to gaze reverentially at piles of toys or furniture; remnants of their old lives. And that was new to me.

Writer-director Robin Aubert includes a lot of touches like that; snatches of weirdity and slightly off-key beats in the same old rhythm. His storytelling is arresting because it’s elliptical, which is the same reason why it’ll be so off-putting to some. His variance in tone keeps things engaging, though. For every long, quiet stretch of human interaction, there’s a potent burst of violence. Every moment of sweetness or humour is balanced by one of nasty, face-chewing chaos. 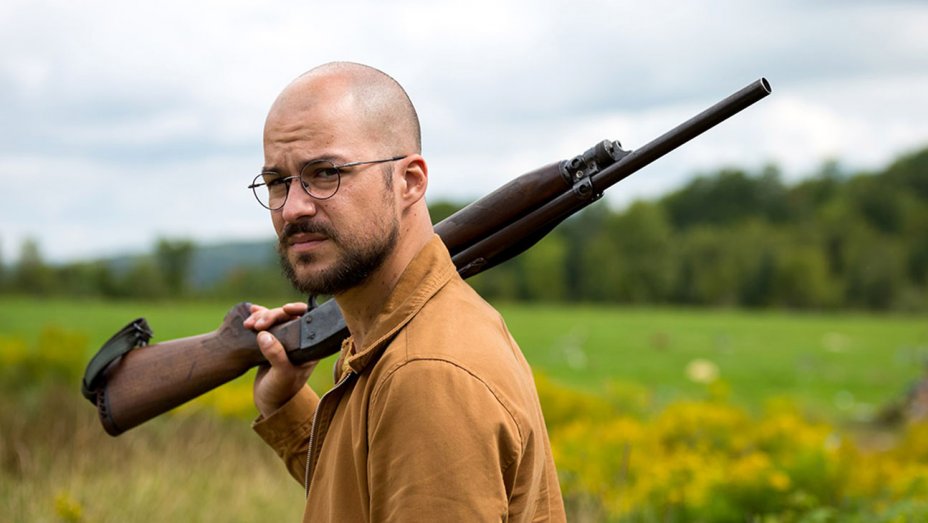 But even the face-chewing is deployed unusually. For some deaths, Aubert emphatically cuts away. Why? Because we’d rather not see those characters die? Perhaps. But then why have others be devoured in vivid detail? What’s the distinction? I suspect there isn’t one. Aubert’s vision is oddly ambiguous. His decision-making seems based on randomness; who lives and who dies is a coin toss, whether it’s shown or not is another.

Grondin, Chokri and Poupart are the best of a uniformly solid cast, but they all seem to be finely attuned to this style of storytelling. Their characters are deliberately thin, but the actors flesh them out with little nuances; suggestions of lives and personalities that are never shown or explained, but can be thought about and speculated on. More than most films, The Ravenous is a participatory experience. You can’t just sit and watch it. It compels you to join dots in your head, fill in blanks, put together pieces.

This, more than anything else, is what makes The Ravenous so legitimately eerie and compelling and moving. It forces some complicity. How well that will serve the Canadian horror among Netflix’s Original line remains to be seen. There are easier things to watch, and a lot of them resemble The Ravenous in various tokenistic ways. But if you’re willing to meet it halfway, The Ravenous manages to suggest that there might be life after death for the zombie movie.