Requiem is a six-part mystery/psychological horror series about a young woman who is concerned her mother may have had something to do with the disappearance of a four-year-old chid over twenty years earlier. Written by Kris Mrksa and directed by Mahalia Belo, Requiem was commissioned by the BBC and will be released globally (outside the UK) by Netflix, who also co-produced it. Set largely in Wales and funded in part by the Welsh government, it stars Lydia Wilson, Joel Fry, Joanna Scanlan and Brendan Coyle.

Please excuse me, but watching Requiem made me very grumpy. The BBC can do better; these actors and writers can do better. What on Earth happened? Wolf Hall and Jonathan Strange & Mr Norrell showed what the BBC are capable of delivering these days… But then those shows had great source material.

But I’ll step back for now and tell you more about the show.

In episode one, we meet Matilda/Tilly (Lydia Wilson), an accomplished cellist, and Hal (Joel Fry), her best mate and accompanist. They are about to embark on a big concert tour when Matilda’s mother (Joanna Scanlan) unexpectedly commits suicide. Matilda finds some photos and documents amongst her mother’s possessions relating to the disappearance of a child from a Welsh village many years ago. She’s worried about what her mother might have done, and possible implications to do with her own background, so Hal offers to accompany her on a trip to Wales in the hope of putting her mind at rest. Little do they know, strange things are afoot in Penllynith, including another unexpected suicide that happened before the credits. 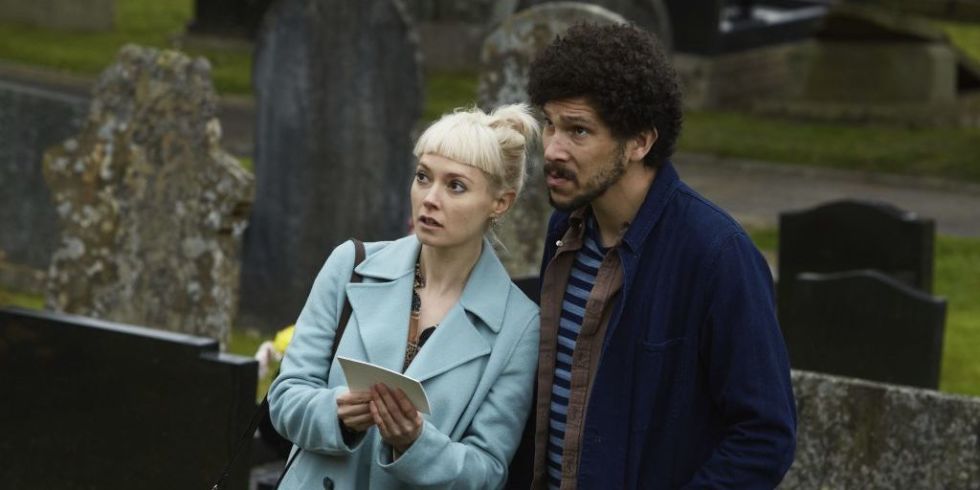 So far, so good. And as I’m a fan of The Wicker Man, I was glad Matilda had company when she went off investigating a missing girl in the middle of nowhere. And the cliches keep coming: Matilda and Hal are invited to stay in a strange (and strangely familiar) mansion, befriended by the attractive woman who runs the pub; nobody wants to talk history with the blatant outsiders, but gradually a few open up. There’s a madman in the forest… Oh and the mutilated animals.

And the music! Yes, there was some terrific classical music (which I would have expected more of, given the title), and a little Billy Holliday, but Requiem also featured a lot of horror-standard “creepy” music, including eerie whispers. I was truly tired of those by the end of episode one!

Through the rest of the series, Matilda and Hal get to know the residents of Penllynith a little better, make some new friends, discover creepy passages and drawings in the big house (of course!), and get more deeply drawn into the mysteries of kidnappings and suicides. Matilda is convinced she has a mystery to uncover about her childhood, and like all good meddling, pesky kids, she won’t leave it alone. But in my view, there is sufficient mystery taking place in present day; if Matilda’s identity issues had been kept as a brief plot device to get her and Hal down to Wales – or even left out altogether – Requiem could have been much tighter and more engaging (not to mention half the length).

The tension worked well most of the time, mind you; I just wouldn’t call Requiem scary, which it tried hard, too hard, to be. On the plus side, the acting was very good indeed: the friendship connections, particularly, were utterly believable. In fact, it was almost easy to get sucked in and believe everything I saw and heard from the cast. But then the issues with the writing – little niggly things and the one big thing (I won’t need to spell it out) just jarred so much that suspension of disbelief could not last.

The cinematography was good, too; sharp, stylish and creative in parts. Terrific depth in the spooky passageways, and light in the forest. But I want more from a BBC TV show than stylish production and good actors: I want a great story that I’ll tell my husband and friends about, and I want writing that makes me want more. (Apparently, a second series is a possibility, but I will not be looking forward to it.)

I know, I know! For every positive comment, there’s a “but”. Yes, Requiem was bloody frustrating to watch. 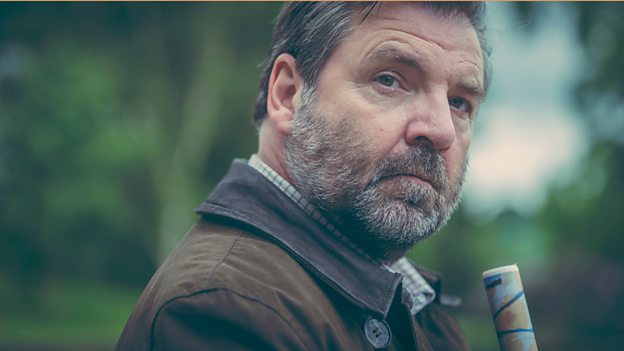 I’ve read somewhere that the series style was inspired by psychological horror films of thirty, forty years ago, such as Rosemary’s Baby and Don’t Look Now. But you know (like the TV shows mentioned earlier), those films had great source material. And I honestly wouldn’t have guessed those were the inspiration at all: several times, it came across like the mixed up offspring of Miss Marple and Hot Fuzz, and at the same time trying hard to make a Welsh equivalent of The Wailing. Oh well.

Should you watch it? Depends what you’re looking for… If you want modern folk horror, I’d recommend The Kill List instead. If you’re keen on shows set in Wales, Hinterland is the one to watch. If you like the intriguing female lead, Top of the Lake is excellent, as is The Sinner. Actually, whatever you’re looking for, I don’t think you’ll find it in Requiem.