Netflix’s latest Original film, The Outsider, sees Method Actor Jared Leto as an American soldier who joins the Yakuza in post-WWII Japan. Directed by Martin Zandvliet with a screenplay by Andrew Baldwin, it stars Emile Hirsch, Tadanobu Asano and Kippei Shîna. It will be released on March 9, 2018.

If you’ve heard anything about The Outsider, you’ve probably heard that it’s racist. Everything is these days, of course, but this particular Netflix Original deserves special attention. In it, Method Actor Jared Leto plays an American who takes his pasty white face to Japan and lives there, being white and stuff. It is unacceptable.

You’re probably wondering, as I was, why the film’s director, Martin Zandvliet, would be okay with a white American actor playing a white American character in his film about a white American in Japan. And frankly, I have no idea. A versatile Asian actor could have easily played the white American. That would have been more realistic, as the film is set in Osaka, Japan, where white people aren’t allowed. I’ve been there, and there were no white people. None at all. Unfortunately, I was promptly removed from Osaka when it was discovered that I myself am white and that by being in Osaka I was erasing the identity of at least one Japanese person, which I thought was a reasonable point. 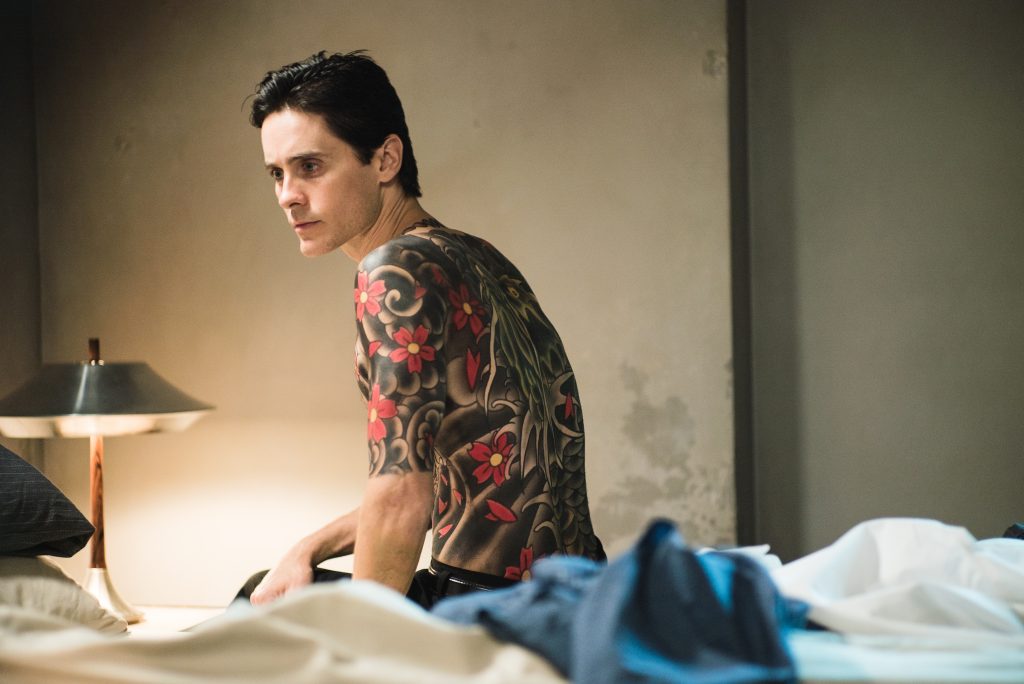 What I should have done is joined a gang to blend in. That’s what Method Actor Jared Leto does, and I think he has the right idea, but then again he is a Method Actor, so the transition would be easy for him. His character, Nick Lowell, is a former American GI in a post-war prison, where he helps out a tattooed ruffian to impress the Yakuza. He also has a shave and gets a big tattoo of a koi fish, which is Method Acting. On set he apparently wore a kimono and insisted that everybody called him “Method Actor Jared Leto-san”, but this didn’t make it into the finished film as it was too realistic.

As difficult as it is to tell, it’s important we know that Method Actor Jared Leto isn’t really Japanese, as the film is called The Outsider and is about a white American. I know I keep going on about this, but honestly, I’m just appalled that the Japanese casting director, Ko Iwagami, elected to cast a white American in the role of a white American instead of an Asian actor who would have been better suited to the role of an ostracised foreigner in Osaka, Japan. 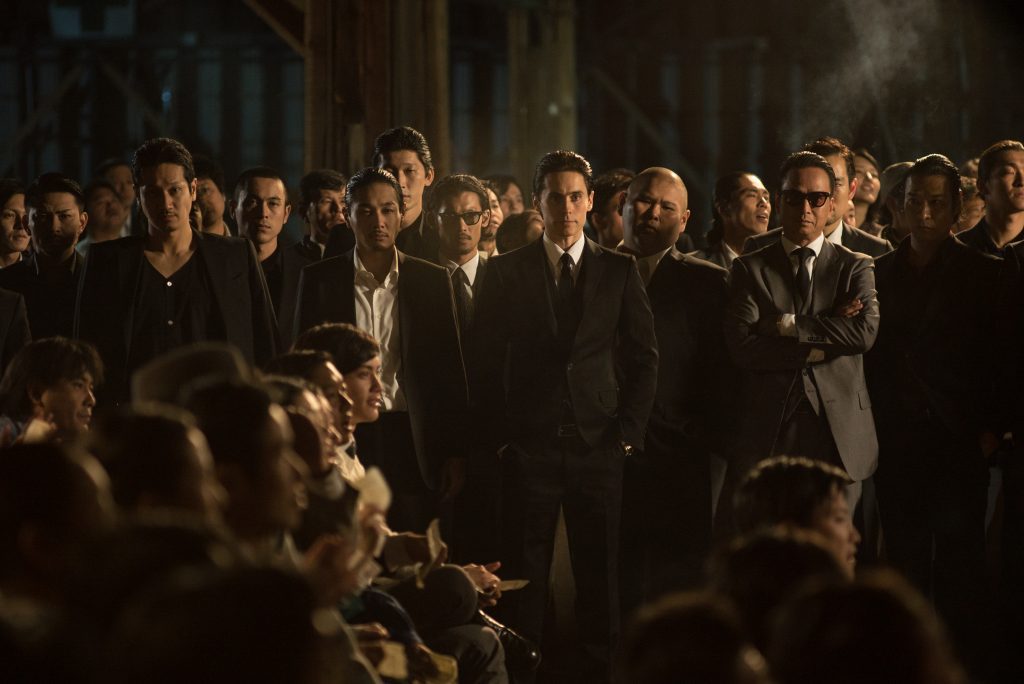 On the streets of Osaka, Japan, prostitutes offer Method Actor Jared Leto a discount for being so Japanese. Everyone calls him a gaijin, which is the Japanese word for, “Honestly, if you didn’t tell me, I never would have guessed you weren’t Japanese.” As he tries to ingratiate himself into the Shiromatsu Yakuza family, he is routinely referred to as a “white kitten” and various other loveable pet names that indicate how thrilled the Japanese people are to have him around. Everyone loves Method Actor Jared Leto and how good he is at being Japanese, which is why they give him jobs to do, such as beating a racist fellow American over the head with a typewriter.

That guy deserved it, by the way. Of the (very few) American characters in The Outsider, he’s the worst because he calls the Japanese people mean, racially-themed names, and Method Actor Jared Leto doesn’t like that. I do wish we got a real sense of why, though. He’s immune to any post-war resentment despite having fought the Japanese and been imprisoned by them. He has a Japanese best friend (Tadanobu Asano) and a Japanese girlfriend (Shioli Kutsuna) who is also his best friend’s sister, but she’s a very beautiful and charming actress so you can kind of tell why he’d risk it. But he’s also perfectly willing to lop off his own fingers to appease his new boss (Min Tanaka), which strikes me as a bit extreme. 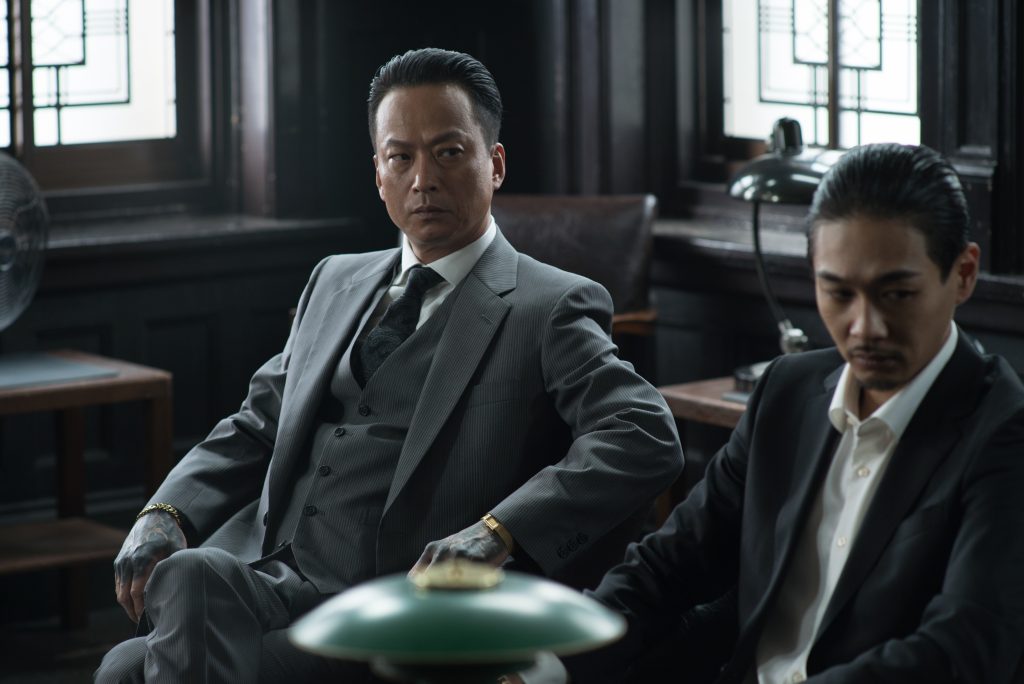 You might suggest that Method Actor Jared Leto is simply a nice guy who won’t tolerate racism, but he can’t be that nice because he kills lots of people in The Outsider, some of them for no reason, and all of them in surprisingly vivid detail. So, he’s a maniac, but he’s also so fascinated with Japanese culture and customs that he’s willing to completely devote himself to the Yakuza lifestyle, and neither of these things is ever explained. If The Outsider has a big problem aside from its blatantly racist casting of a white American as a white American, it’s that we never get a sense of who Method Actor Jared Leto is actually supposed to be as a person.

I don’t buy him as a mob enforcer or as a lover or, if I’m being honest, as a human being. His newt’s-belly complexion and tight, skeletal face give him a ghoulish vibe, and the fact he’s affecting a dopey thousand-yard stare and barely says anything only reinforces it. The great movies about horrible people being horrible give their antiheroes some rationality; they’re corrupted by power and money, or sworn to some kind of antiquated familial allegiance. Method Actor Jared Leto doesn’t seem to care about fancy stuff, and his loyalty to his “brothers” is there right from the start, unearned and unexplained. His arc, really, is that he finds an excuse to be the unstable, violent psychopath he always wanted to be. And gets a nice tattoo, I guess. 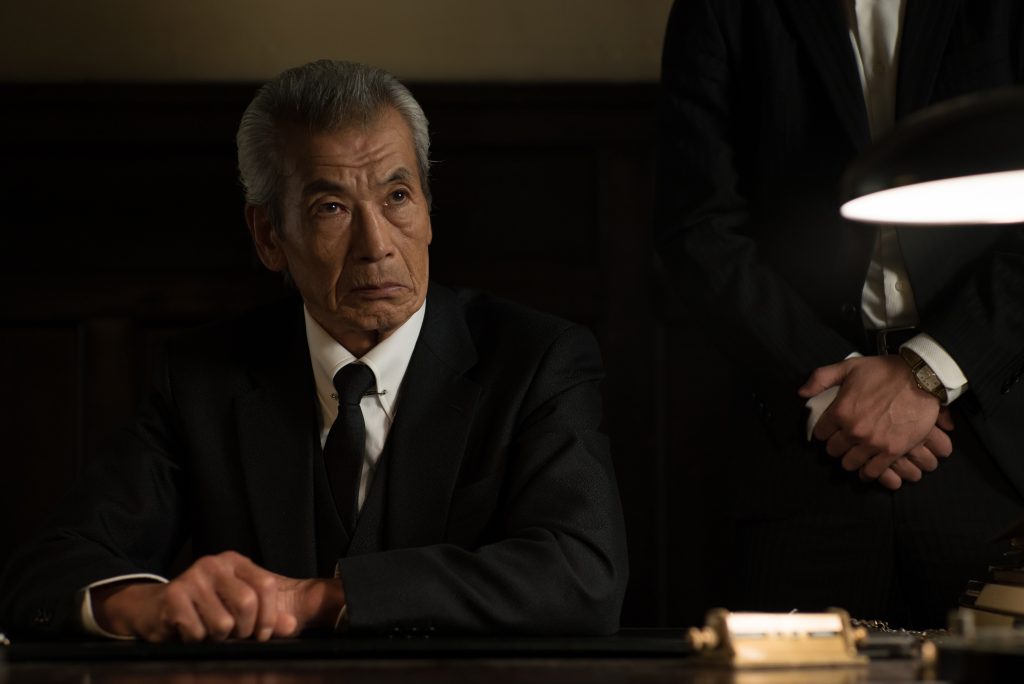 Really, the gurgling thematic undercurrent of The Outsider is of a man seeking and ultimately gaining acceptance. It’s about someone so devoted to the people and culture from which they’re ostracised that they’re willing to (literally, in this case) offer parts of themselves just to be one of the guys; just to not be an outsider anymore. That’s not an unreasonable theme, but it’s tough to care about a bloodthirsty nutcase being welcomed with open arms by a gang of criminals, Japanese or otherwise.

As was the case with The Great Wall, the controversy surrounding The Outsider was presumptuous and as far as I can tell complete nonsense. The “whitewashing” accusations apply to a traditionally non-white character being played by a white actor; The Outsider is explicitly about a white character who loves Japanese culture so much that he’s willing to be continuously ridiculed and insulted just to become a small part of it. It’s called The Outsider. That is literally what the film is about. If the lead wasn’t white, the film wouldn’t exist.

But all that effort bellyaching about the casting and the movie isn’t even good. It’s a competent, relatively well-shot crime story that is underwritten and not particularly compelling, thanks mostly to lackluster characterization, a sleepwalking lead performance from Method Actor Jared Leto, and an overreliance on over-the-top bloodletting to cheaply manufacture adult-seeming drama. I didn’t hate it, but I can’t say I particularly enjoyed it either. It probably would have been more entertaining if Method Actor Jared Leto really committed to the role and ritually disemboweled himself on the set.