Netflix Original Anime series A.I.C.O. Incarnation follows high school student Aiko Tachibana who finds out she may have a life-threatening connection with a destructive lifeform named “The Burst” that killed members of her family. The Japanese science fiction anime is directed by Kazuya Murata and became available on Netflix on March 9, 2018.

I honestly did not realize until the later episodes that Netflix provide a selection of dubs for their Original Anime. For a moment this amused me slightly until I realized it was seriously off-putting watching anime in an English dub. A.I.C.O. Incarnation feels better in its original voice. I swiftly changed it back to Japanese. 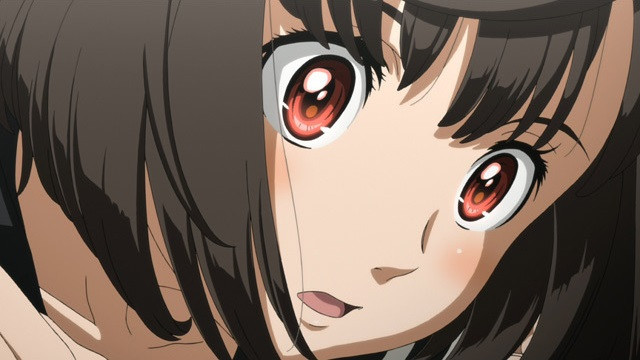 In case you missed it, Netflix has a long ambitious line of anime series’ hitting their platform this year. If the market-consuming corporation continues with releasing high-quality anime, then the streaming giant will be an appreciable place to enjoy the well-loved genre. In the case of A.I.C.O. Incarnation, this is a formidable addition that is already enjoyed in the form of a Manga written by Hiroaki Michiaki.

The Netflix Original Anime impressed with the deliverance of the story, I think, with its sudden but maintained pace right from the beginning. The lead character Aiko Tachibana (voiced by Haruka Shiraishi) is gently brought on to the screen after an explosive, futuristic opening, where a mysterious moving lifeform tears apart an unknown laboratory. This lab-born matter or organism is given a variety of names throughout A.I.C.O. Incarnation purposefully to add mystery.

The opening is a dream suffered by Aiko, who is actually bound to a wheelchair at high school when she returns to consciousness. You do not have the opportunity to piece together the events brought to you immediately because Aiko is introduced to Yuya Kanzaki (voiced by Y?suke Kobayashi), a student who transfers to her school suspiciously late in the term. As soon as you are introduced to Kanzaki, the entire plot moves swiftly as he clearly has an objective that involves the young lead character.

It is difficult not to become emotionally attached to Aiko. The first episode builds a base that provides intrigue that manages to last until the finale. Her obvious connection with the lifeform, coupled with her sadness of the loss of her family members, feels connected and necessary. Your fondness is only increased as Aiko obviously has an upbeat and happy attitude towards life, despite her misfortunes. A.I.C.O. Incarnation is a science fiction anime, but one that makes sure that the lead character does not lose meaning in the grand scheme of the all the scientific plot points. She encapsulates simply the meaning of love, loss and family, which makes a compelling character to stick with. You root for her to discover her identity, her past, and a resolution for her future. The series has many action sequences but it does well to bring back the flashbacks and the other moving parts to keep the story interesting.

Those moving parts come in the form of other inquisitive groups with opposing interests in regards to the destructive lifeform that has torn up a sizeable area of the city. A.I.C.O. Incarnation spends a lot of a time following Aiko, Kanzaki and a task force on a mission to get to the main source of the lifeform outbreak also known as “The Burst”. Governmental departments have other ideas; there are clear political conflicts – either preserve the lifeform for the greater good of the nation or incinerate the organism. All this is important as it steadily reaches the closing episodes. The series manages to demonstrate the tragedy of the surreal scientific events without over-egging it. There are also other characters with dangerous motives. Without spoiling, they provide a serious impact on the story and the eventual outcome of Aiko’s journey.

The greatest and most important achievement of the anime series is that it manages to prevent the science fiction story from presenting itself as a mismatch of merging stories. You are essentially witnessing what can only be described as a dangerous, sci-fi-looking blob on the screen, from a zoned off area which attacks human life and takes on various forms. It could have easily looked comical, but director Kazuya Murata has pulled it off. The action scenes in A.I.C.O. Incarnation are probably the least interesting aspect of each episode, but importantly the activities serve a purpose; to drive the characters to the next stage of their mission. A little side note, but the most symbolic moment in the entire series is the subject of ground zero, which the characters need to reach. This area has two lights shooting up which is surely an homage to 9/11, especially with the theme of family and losing loved ones.

Netflix Original Anime A.I.C.O. Incarnation is a captivating science fiction story that successfully connects family, loss and an absorbing lead character amongst an evolving scientific mystery with other characters with differing incentives. Recently, I was somewhat harshly criticised for not liking Netflix Anime B: The Beginning but if the streaming giant continues picking the right content to release then it will become a returning place for anime fans.