Written and directed by Marja-Lewis Ryan, 6 Balloons tells a tight tale of a relapsed heroin addict (Dave Franco) and his enabling sister (Abbi Jacobson). The film debuted at SXSW and streamed on Netflix from April 6.

Whittled down to the barest, palest bones of a story, the 74-minute 6 Balloons is a brilliant and bruising film. Bereft of everything but the essentials, and two shockingly exact against-type leading performances, writer-director Marja-Lewis Ryan has crafted a story that captures better than perhaps any other how it feels to circle the gurgling drain of insatiable self-destructive appetites.

Katy (Jacobson) is preparing a surprise party for her boyfriend when she notices that her brother, Seth (Franco), and his four-year-old daughter, Ella (played alternately by twins Charlotte and Madeleine Carel), haven’t arrived. We meet her in the midst of last-minute preparations, but the look of worry on her face when she can’t reach Seth on his phone is different; it’s the knowing, wearied expression of an enabler. 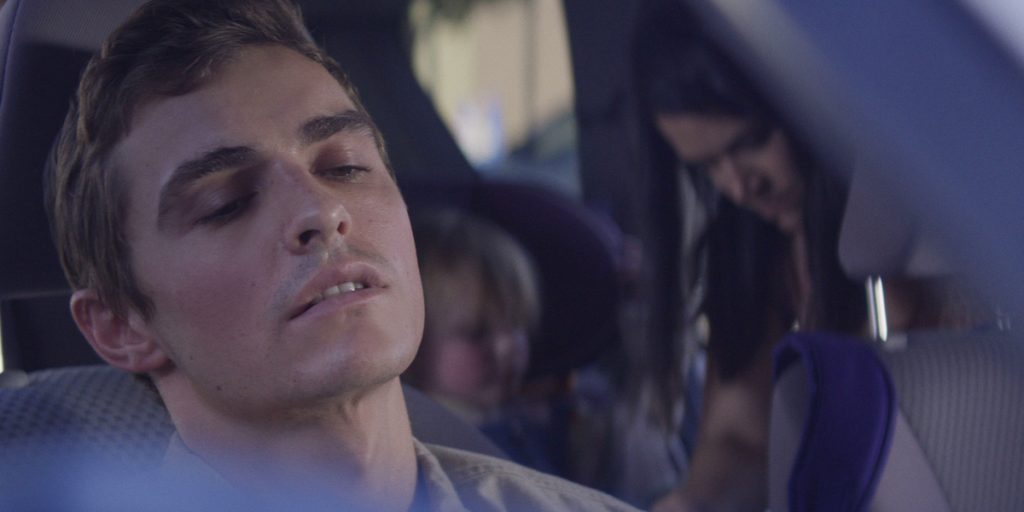 You can always tell. I used drugs for several years and was dependent on them for several months, so I’ve seen it on the faces of my friends and family. The one you see reflected back at yourself is different; sunken, alien, like your skin is draped on someone else’s skeleton. That’s the face Seth wears, when Katy arrives at his apartment on the pretext of running out to pick up a birthday cake. Franco lost 20 pounds for the role, and evidently studied the effects of withdrawal when an addict’s body starts rebelling against them. Junkies always look shrunken; they give so much of themselves to the junk.

Seth hasn’t been picking up his mail, which is something that, according to Katy, “happened last time.” Sometimes, when you hear sharply-written and well-acted dialogue, you realise how rarely characters in films talk and behave like real people. In 6 Balloons, as Katy insists that Seth has relapsed and Seth insists that he hasn’t, what you feel is familiarity. It’s the kind of circular argument that makes everyone dizzy, but that you have time and again with your kids or your siblings or your spouse or your friends.

Hurt people, they hurt people. Addicts are no different. As much as anything, 6 Balloons is about self-destructive behaviour never quite being confined to the self. When Katy agrees to take Seth back to rehab, what she’s really agreeing to is becoming, however temporarily, an addict herself. Together in the car – with Ella in the backseat – they navigate the contemporary landscape of substance abuse, from clinics that won’t accept Seth’s insurance to drug store bathrooms and back again to that increasingly-tiny passenger seat. 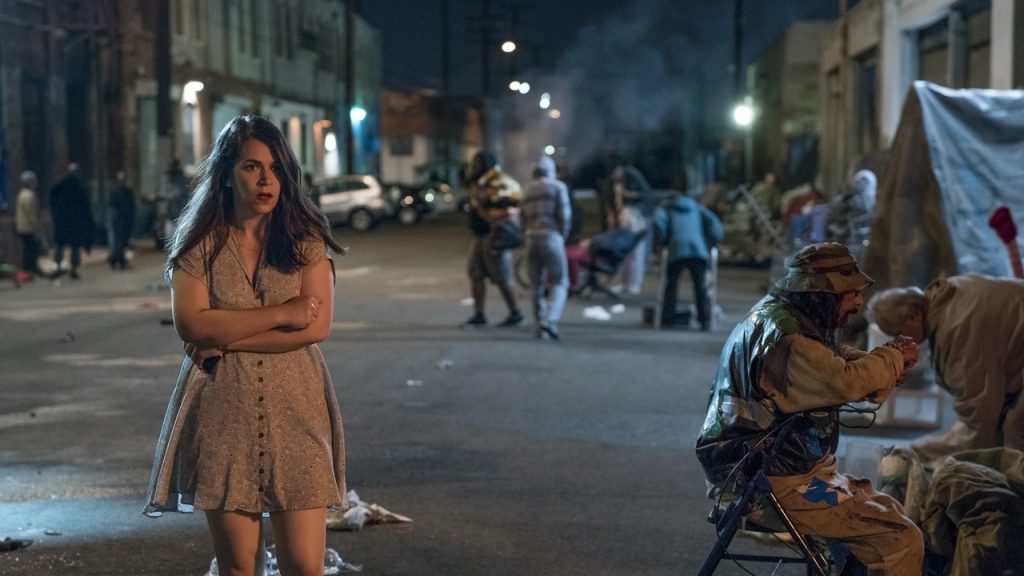 Including a toddler in almost every scene struck me as a risky tactic, but in 6 Balloons it’s frighteningly honest and never manipulative. Another gamble is the self-help audio tape that Katy plays in her car; it’s analogies about sinking boats playing over their journey like chapter breaks in a hellish travelogue seemed too heavy-handed to be effective, but it builds to a powerful payoff in the film’s final act.

Jacobson and Franco, both known primarily for comedic roles, fully commit themselves to shading Katy and Seth’s shared history, mostly through body language and expression. The script is pared down to the essentials, so the audience is left to infer details from small nuances in the acting, such as when Katy only offers a reserved smile to Seth’s over-the-top cheeriness – from experience, she knows it’s fake, or at least temporary. Seth aims his few remaining charms at his sister because, weak and self-indulgent as he is, he recognises that his parents (Jane Kaczmarski and Tim Matheson) are long-since immune to them.

It seems fitting that Katy is planning a surprise party in 6 Balloons, because a surprise is exactly what the film is. But a party? Far from it. It’s a no-nonsense, honest and scary drama about two people struggling with crippling addiction; one who abuses substances, and another who abuses forgiveness. It’s easy to vilify both, but 6 Balloons encourages you to think not just about the junkie trying to get clean, but the well-meaning people near them who end up just as sullied by the ordeal. The audience is Ella in the backseat, pulled along by the nightmare, and wondering where it might end.