A miserable and offensively-bad experience the likes of which should be purged from galactic history altogether, Star Wars: Episode II – Attack of the Clones is a travesty of storytelling and filmmaking.

A miserable and offensively-bad experience the likes of which should be purged from galactic history altogether, Star Wars: Episode II – Attack of the Clones is a travesty of storytelling and filmmaking.


Star Wars: Episode II — Attack of the Clones is part of the current Star Wars canon. You can check out the entire timeline by clicking these words.

Star Wars: Episode II – Attack of the Clones is a vigorous and prolonged assault on good taste and decency; melodramatic vapidity writ large. It is incomprehensible to me that anyone could like it. This is the kind of film that makes me wince upon hearing its title, as snatches of its dialogue squirm through my memory like maggots tunnelling through decaying flesh.

That’s an unpleasant image to begin with, but there’s no better place for it than a review of Attack of the Clones. That having been said, despite my general hatred of the thing, I nonetheless grudgingly acknowledge that some of its sequences are integral to Star Wars lore, and I’m the kind of dork who respects the sanctity of such things. It’s a bit like having an old, beloved family pet, let’s say a dog, but the dog is very ill, and while you don’t wish it dead because you’ve had it a long time and shared many fond memories with it, you secretly do hope it dies because it’s becoming a real nuisance, constantly emptying it’s bilious bowels onto the carpet and dragging its rear end across the lounge as if to underscore the point. This is to say that Attack of the Clones is the incontinent dog of the Star Wars mythology. And while it would be better for everyone if it was taken outside and given both barrels, it’s kinder to the kids just to let nature run its course. 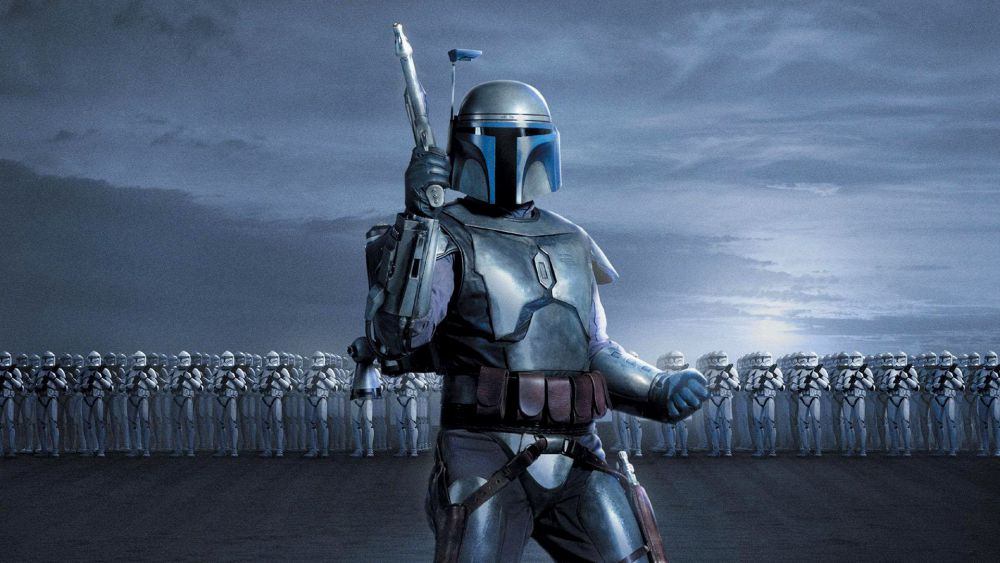 Since I lack the means by which to expunge Attack of the Clones from Star Wars canon and the heart to commit such a brazen act of continuity vandalism even if I was able to, my only recourse is to mock the film instead – an easy task, if not an intellectually fulfilling one.

We might as well start at the beginning, which is where the film begins to unveil a showcase of perceived corrections to the many ills of The Phantom Menace, which is nonetheless a better, more charming film by a considerable margin. Among them are the welcome sidelining of Jar Jar Binks, the aging of Anakin Skywalker, and the growing of Obi-Wan’s beard. This overcompensatory atmosphere is complemented by a significant downturn in the quality of both writing and acting, which is impressive considering that neither was exactly at a premium in the previous instalment. George Lucas has always been a better composer of images than phrases, but his efforts here are utterly embarrassing, especially during long stretches of plot which require the dialogue to be either deathly serious or hopelessly romantic, neither of which are modes he’s able to work in. 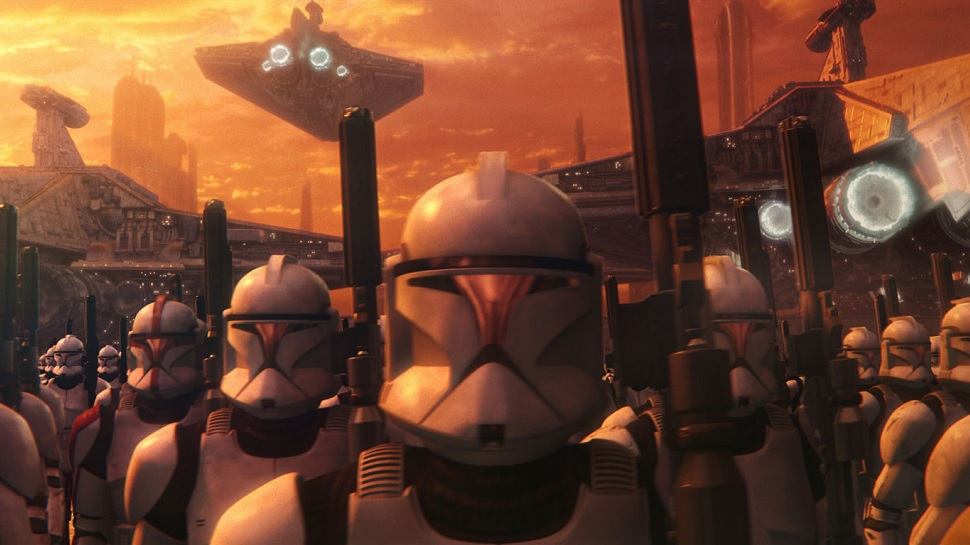 The first act is comprised almost entirely of Obi-Wan Kenobi (Ewan McGregor) and Anakin Skywalker (Hayden Christensen) trying to thwart assassination attempts on Padme Amidala (Natalie Portman), which include a lot of extended action sequences designed to show off far too much of the film’s unconvincing CGI. The second act separates the heroes, as Obi-Wan investigates the conspiracy of the Clone Troopers on a rain-lashed hidden planet called Kamino, while Anakin and Padme essentially go on holiday and have a picnic. The latter scenes are truly insufferable, and involve the now-infamous exchange in which Anakin details his feelings about sand and tries to tie them into some kind of metaphor, which is perhaps the most egregiously offensive stretch of language ever uttered by a human being.

Matters considerably improve during the final forty minutes, mostly thanks to the extended presence of Christopher Lee’s Count Dooku, a regal, cloaked villain blessed with an almost unique ability of the prequel era, which is that of being able to act convincingly. It is too little too late, of course, and Dooku’s lightsaber duel with a leaping, flipping CGI Yoda is a frankly demeaning use of his character. But there’s energy and personality to the alien-filled gladiatorial arena sequence that is reminiscent of the sci-fi spectacle we were led to expect from George Lucas and the Saturday morning serials that contorted his imagination, and if it doesn’t hang together quite as well as the final act of The Phantom Menace, you can’t fault it for pace. 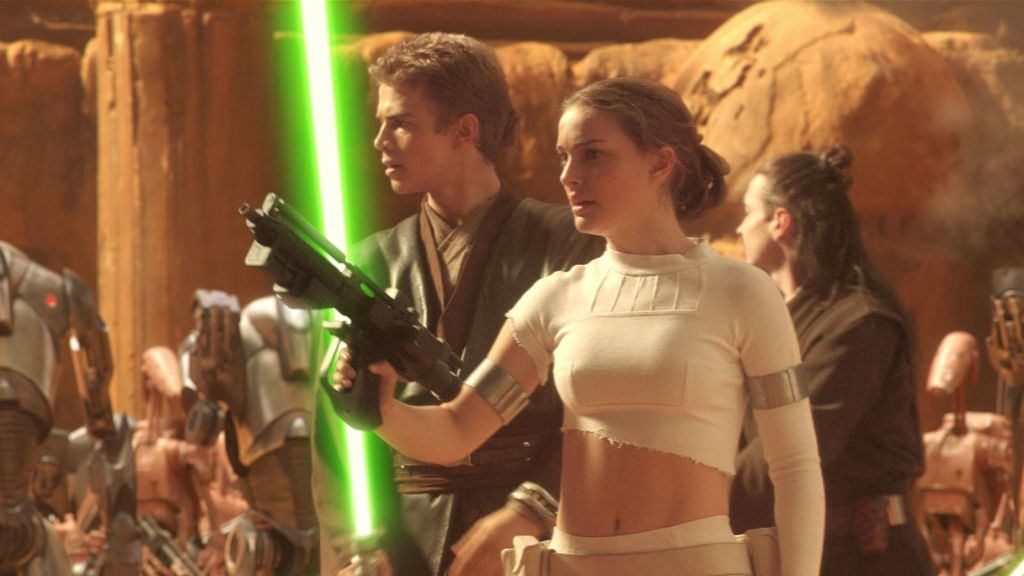 You shouldn’t think too much about how the series’ other middle episodes (The Empire Strikes Back; The Last Jedi) have been the best of the franchise, because such thoughts are unclean and should be purged. Think, instead, to the satisfying reality of Attack of the Clones spectacularly underperforming at the Box Office, and still being largely unloved by even the dedicated fanbase for focusing on the romantic tribulations of a pouty, mop-haired idiot. There is a kind of poetry in that, I must admit. Just don’t ask any of this rabble to read it out.