Patrick Melrose Episode 3 rejoins an adult Patrick as he attempts to continue his recovery process at a swanky, elitist party in the English countryside. “Some Hope” doubles down on the emotional trauma of the title character while maintaining the same absurdly high quality as the previous two episodes.

Patrick Melrose Episode 3 rejoins an adult Patrick as he attempts to continue his recovery process at a swanky, elitist party in the English countryside. “Some Hope” doubles down on the emotional trauma of the title character while maintaining the same absurdly high quality as the previous two episodes.

Patrick Melrose Episode 3, adapted from Edward St Aubyn’s third novel, Some Hope, took a cleaned-up Patrick to a glitzy party deep in the English countryside. Hosted at a palatial manor by Bridget Watson Scott (Holliday Granger), the thrill-seeking social climber we met last week, who then was the latest fling of the lecherous toff Nicholas Pratt (Pip Torrens) and here, in 1990, has married into nobility, the party’s attendees include Nicholas, Patrick’s friend and on-again-off-again fling Julia (Jessica Raine), his confidante and fellow addict Johnny Hall (Prasanna Puwanarajah), and also, for some reason, Princess Margaret (Harriet Walter).

True to the title, “Some Hope” was the most uplifting episode of Patrick Melrose, each hour of which has thus far possessed a distinct style and tone, if a uniform level of overarching quality. Rather than leaning completely into the knockabout farce of the first episode or the creeping, haunting dread of the second, Patrick Melrose Episode 3 cleverly brought the two within touching distance, as an older, more aware Patrick, still in recovery, set his irascible wit against the haunted legacy of his moneyed upbringing.

In a lot of ways, “Some Hope” was about how that money, power, and old-fashioned British propriety is a seeping rot at the heart of upper-class society; a bubble of privilege that entraps and corrupts everything within it. Bridget, when we last met her, was appalled by Patrick’s father, and the abhorrent way he treated his wife, child, friends and housekeeper. Yet here she is, years later, directing the same callous, judgmental scorn at her mother and child – and aware of it, too. Her eventual rejection of that lifestyle, bundling her mistreated mum and daughter into a car and essentially fleeing the scene, was one of several small arcs contained within Patrick Melrose Episode 3 that built towards satisfying and unexpected conclusions. 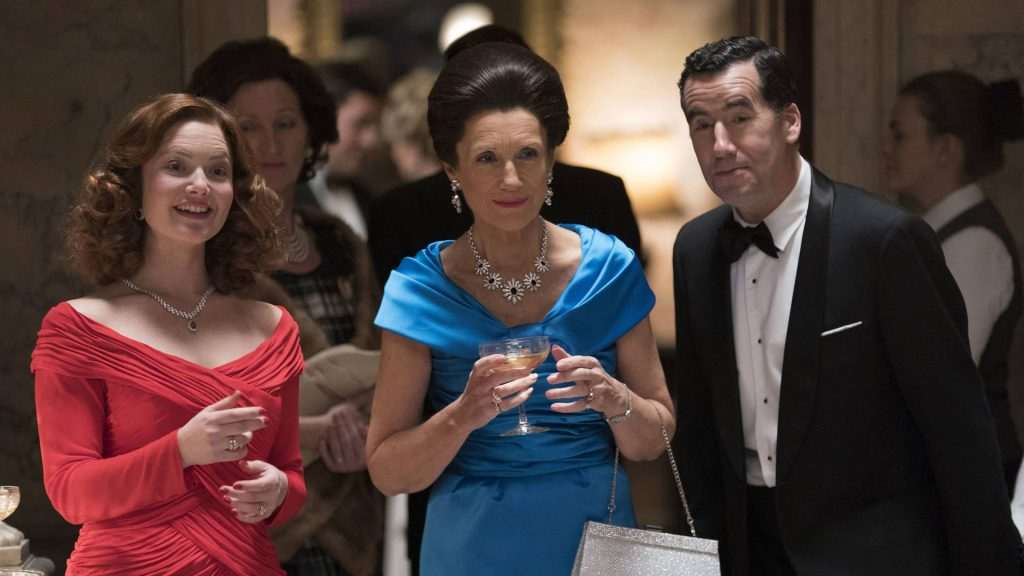 Another, perhaps unsurprisingly, was that of Patrick himself, who at the start of “Some Hope” was cutting lines out of his sugar, still desperate for the sense of connection that his father’s abuse severed and that the drugs, however fleetingly, gave him to the rest of the world. While he’s reluctant to attend the party, he’s persuaded by Nicholas, and while there finds himself confronted by his past in myriad ways; Princess Margaret viciously berating and humiliating the guests at dinner, much like his father did, and Bridget’s young daughter sat on the steps of the mansion, excluded from the goings-on, much like he was. Like most little girls, she just wants to meet a real-life princess. As Patrick suggests, it’s probably better that she doesn’t.

But despite the prevalence of drugs and debauchery at the shindig, Patrick Melrose Episode 3 didn’t go in the direction I thought it would. Quite the contrary, in fact. Patrick doesn’t relapse. He doesn’t lose his mind, although once or twice it looked as though he might. Instead, he tearfully admitted to his friend Johnny the cause of his drug addiction: his father’s sexual abuse. And he acknowledged that to find his way in the world, the real world, as he stresses, he has to learn to say those things out loud. It was a touching scene, beautifully performed by Cumberbatch. Patrick Melrose continues to be one of the finest shows on television.