There is a scene in Alex Strangelove where Alex’s friend reveals his p***s in public to prove to him that he is not homosexual. His theory centred on the fact that Alex was not sexually aroused by this moment. There are many peculiar moments like this in the Netflix Original which undermines its message and feel slightly disjointed from the point of the story.

Alex Truelove (Daniel Doheny) is unquestionably going through a phase of discovering his sexual identity, despite the fact he has landed himself a wonderful girlfriend that he enjoys making YouTube videos with. The dialogue sticks out like a sore thumb, with Alex constantly proving to himself and the viewer how lucky he is to have such a dreamy girlfriend like Claire (Madeline Weinstein). Similar lines repeat themselves where he describes how beautiful she is and how much he cannot wait to lose his virginity to the one that he loves. The dialogue, whilst on the nose, is purposeful, to demonstrate to the viewer that Alex is going through a crisis at the most crucial time of his life; one that must be resolved before he embarks on a journey to college.

Alex Strangelove is hardly unique amongst the growing host of movies that represent a person going through a phase of understanding their feelings, which is becoming so popular now in mainstream media that I wonder if it is worth assigning its own genre. However, the Netflix Original is notable in its direction in that it does not try to disguise the subject as some hidden agenda, but clearly presents the character’s growing suppression leading up to the planned day of losing his virginity. Visually and audibly, it does not take long for Alex Truelove to express his confusion as he befriends the gay, charming kid Elliot (Antonio Marziale), who immediately already gives the impression that he knows Alex’s sexuality. Alex Strangelove removes all pretentiousness, which can only be a positive point as it provides relatable viewing for young people going through similar phases in their life. 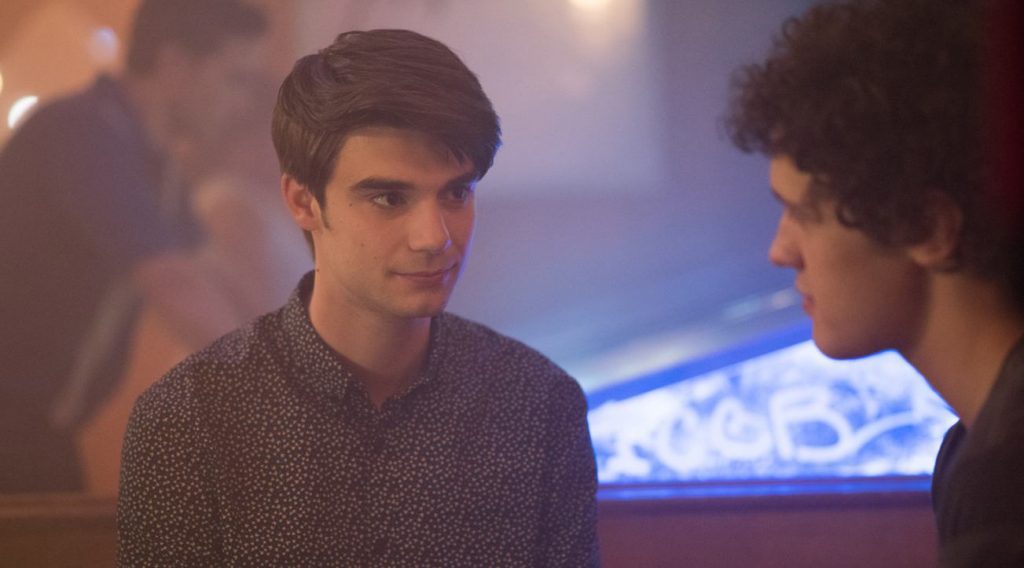 Unfortunately, Alex Truelove as a character is not impactful enough to level the movie as a coming-of-age great, but he adds enough comedy in the mix to keep him in the limelight. I guess the downside to the lack of mystery surrounding his sexual identity means you ultimately have to grab on to plot points to sustain interest. Alex Strangelove is predictable, which is nothing surprising from a Netflix movie, but I was left wishing they did not resort to strange gags to represent confusing modern times. Alex is discovering his sexual identity but that does not mean we have to witness weightless scenes where his friends snortle over gay jokes and repeatedly tell him he must have sex with as many women as possible. I guess his overbearing and naive friends are representative of high school but it kind of overlaps the movie’s overarching message.

In the end, you have a lighthearted drama about a young man learning about what he really wants in life which offers a torch to those going through the same traumas and eventual enlightening discoveries. Alex Truelove is possibly the kid who you saw get bullied at school for apparently being strange, which leads to this type of story. Alex Strangelove is hardly groundbreaking but its message is on point, despite the undermining of odd scenes.