An unnecessary, lackluster sequel, Escape Plan 2: Hades is a solid showcase for Huang Xiaoming, but an embarrassing outing for its top-billed cast.

An unnecessary, lackluster sequel, Escape Plan 2: Hades is a solid showcase for Huang Xiaoming, but an embarrassing outing for its top-billed cast.

In Escape Plan, the first film, Sylvester Stallone played Ray Breslin, a former prosecutor whose wife and child were murdered by an escaped convict he had successfully sent to a maximum-security prison. He processed his grief by establishing a Los Angeles-based security firm that tested the reliability of such prisons from the inside, giving himself and Arnold Schwarzenegger, who disappeared for this sequel, a feature-length excuse to break out. I had to look all this up, as I saw the film once in 2013 and never again, but it rang a bell. In Escape Plan 2: Hades, Stallone is still playing Breslin, just without any of the baggage that made him interesting.

He’s still operating a team that specialises in getting in and out of prisons, including Curtis “50 Cent” Jackson, who returns as Hush, Breslin’s best buddy and a tech expert, of all things. Among the new blood is Shu (Huang Xiaoming), a legitimate Chinese action star of some repute, who finds himself a guest of a secret high-tech prison known as “Hades”. The first half of Escape Plan 2 belongs to him, as he attempts to analyse the prison’s indeterminate location and routines. Periodically, he’s forced to compete in “battles” with other inmates, including a couple against current UFC Welterweight champion Tyron “The Chosen One” Woodley.

This part of Escape Plan 2 is silly but relatively fun; Xiaoming is star for a reason, and he shows why, comical English accent notwithstanding. Eventually, when Stallone turns up and steals the movie by force, things take a downturn. Realising that the only way to get Shu out of Hades is by getting himself in, Breslin enlists the help of a former mercenary buddy played by Dave Bautista. Bautista, in an uncomplicated, undemanding role, has undeniable movie-star charisma, but he’s given so little to do in Escape Plan 2 that the fact his name has top-billing with Stallone’s is almost a joke. 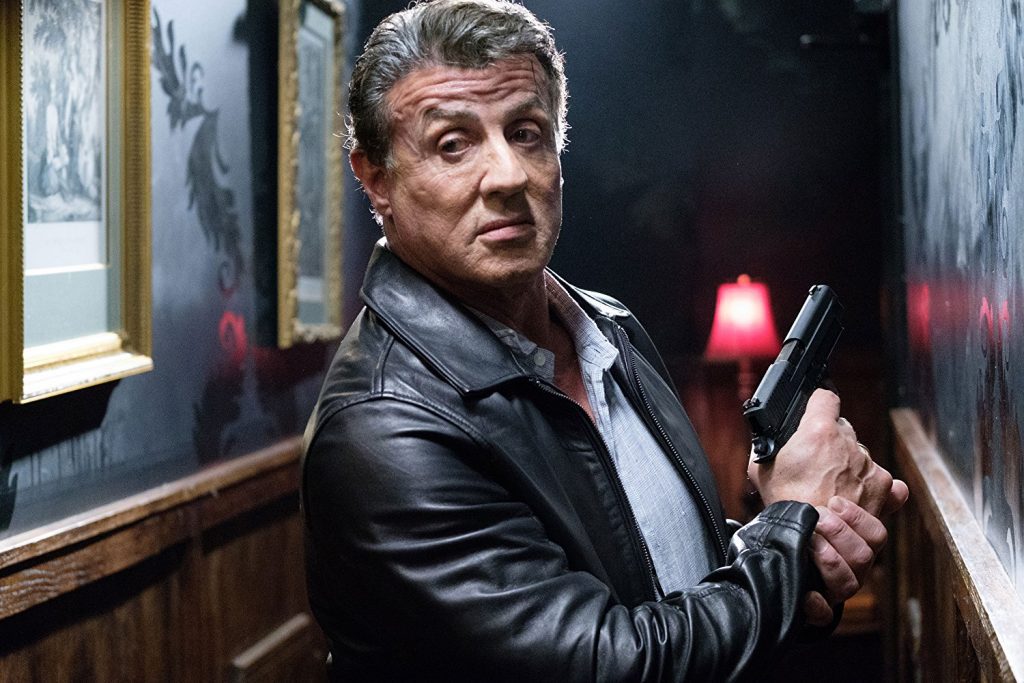 The movie’s two halves are stapled together so haphazardly that you can pretty much see the seams. It’s disjointed and often confusing; in part because the plan relies almost entirely on B-movie contrivance and convenience. There’s no satisfaction in watching the heroes come up with and execute an elaborate scheme, because they don’t. They simply turn up and seemingly wing it, building to reveals and swerves that are either predictable, nonsensical, or both.

Attempts to add some intellect to proceedings or, worse, to philosophise, are all laughable, as are the movie’s feints towards science-fiction, which include garish lighting choices and almost nothing else. Some of the action sequences (particularly those involving Xiaoming) are diverting enough, but I imagine I’d have preferred the Chinese martial arts movie this one spent half its time pretending to be rather than the lacklustre Stallone vehicle is ended up being. At his age, Stallone doesn’t need a vehicle. Escape Plan 2 promises a sequel. If it takes him as long to make as this one did, he’ll be plotting an escape from a retirement village.