Home » Film » To Each, Her Own (Les Goûts Et Les Coloeurs) Review

To Each, Her Own (Les Goûts Et Les Coloeurs) Review

A Netflix original comedy-drama, To Each, Her Own is about a Jewish woman in Paris, dealing with relationships and prejudices; her own, and other people’s. A personal and entertaining film by Myriam Aziza.

A Netflix original comedy-drama, To Each, Her Own is about a Jewish woman in Paris, dealing with relationships and prejudices; her own, and other people’s. A personal and entertaining film by Myriam Aziza.

Whilst I was watching Netflix Original Film To Each, Her Own / Les Goûts Et Les Coloeurs a lot went through my mind. For many (or most?) non-straight people, it can be difficult – to say the least – to tell parents about their sexuality.  Even those who don’t find it difficult usually expect it to be. The main character in Love, Simon is a prime example of this: his family is liberal and easygoing, but still treats it as a bit of an ordeal. When, at age nineteen, I told my fairly conservative parents I was bisexual, I had to dare myself to be honest with them: my Mum had to navigate the news with lots of questions, and my Dad didn’t want to know.

But that’s nothing compared to the angst Simone (Sarah Stern) faces about coming out to her parents in To Each, Her Own. They are conservative Jews; not only that but they appear to have rejected her gay brother, and refuse to meet his civil partner. This theme of being yourself in the face of prejudice has many angles in this French film for Netflix, but the relationship with her parents (Catherine Jacob and Richard Berry) is where the story starts, and almost certainly where Simone’s caution about exposing herself came from.

In To Each, Her Own, Simone’s life gets suddenly more complicated when she finds herself unexpectedly attracted to a man, something which hadn’t happened for many years (at one point, she says she’d been lesbian since eleven). Not just a man, but a man who couldn’t have been more different: Wali (Jean-Christophe Folly) is a black Muslim Senegalese man from Marseille, the chef at a favorite restaurant. He is a very easygoing man, but his friends and family are not; his friends hold some anti-semitic views, which Simone had not come across much in person, and his aunt wants him to marry someone like him. Family pressure and prejudices are complex. 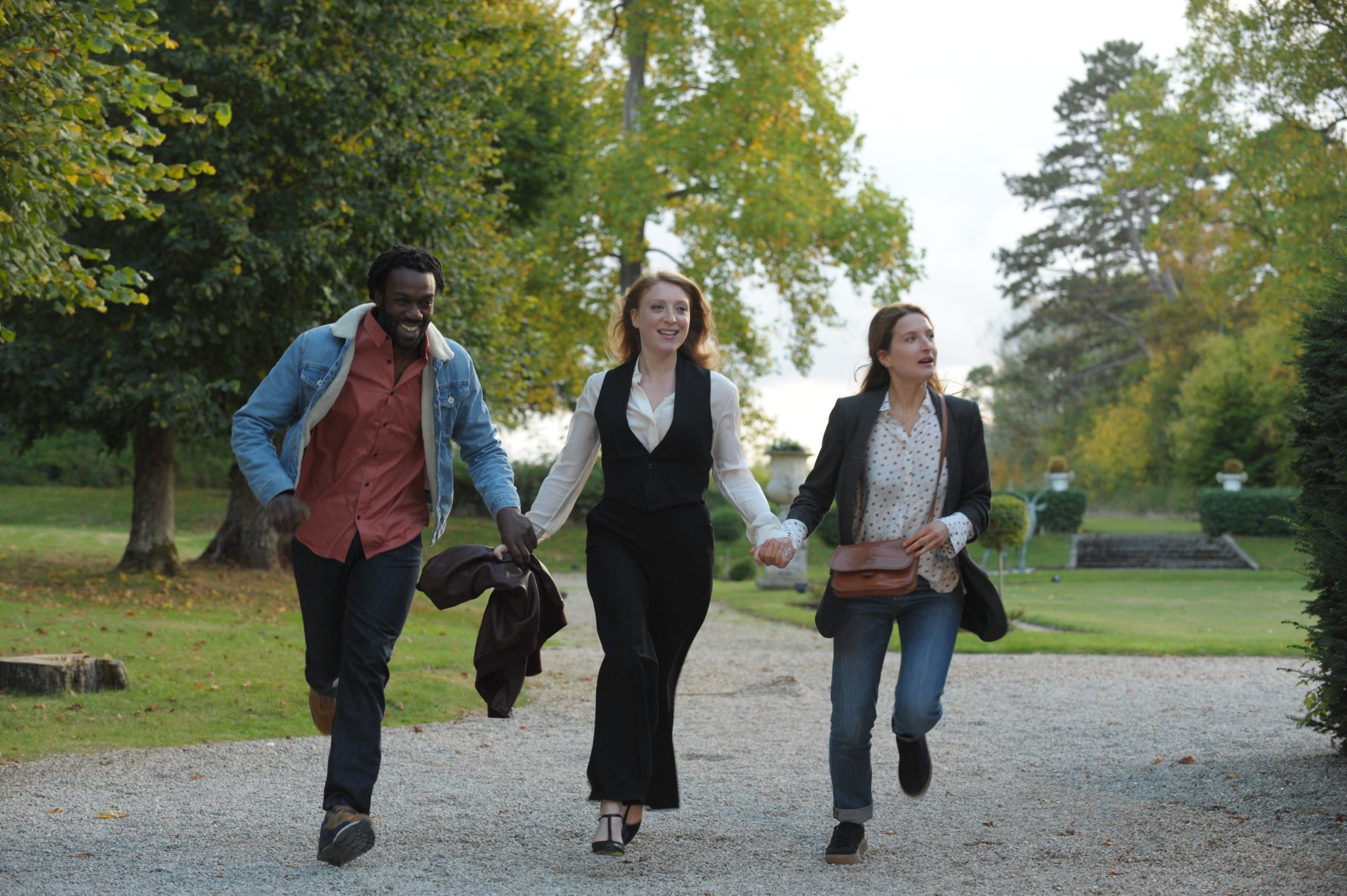 To Each, Her Own is about the complexity of self-discovery, within that atmosphere of bigotry from all directions. That’s hardly going to make things easy! It might have been a little easier if Simone had felt able to talk to her girlfriend, Claire. But, like Simone, the script doesn’t give Claire as much attention as she deserves. That’s probably realistic, mind you. People can get self-centered when trying to figure out themselves.

The writing and acting make the whole thing fairly realistic; plot and characters alike. It might seem unlikely at first, that contrast of individuals I described, but Paris is a true melting pot. It is believable that people like Wali and Simone would meet; and if they could get past the intolerance their communities surround them with, there is no reason why they couldn’t be friends. I found the resolution of the story to be a little unrealistic, mind you, but this was only because of Claire’s point of view being unexplored. But more on the ending in a bit.

I must say the genre is a little difficult to define. Although To Each, Her Own is categorized as a comedy, it isn’t a more traditional French sex comedy or romantic comedy; there’s hardly any sex, and there is more obvious romance amongst the side characters than the main ones. There are some lovely scenes that could have been written as farce, but Aziza doesn’t direct them as farce. What we have here is a study of serious topics (identity and prejudice) but presented lightly and humorously. So it’s comedy as much as Me, Earl and the Dying Girl was. 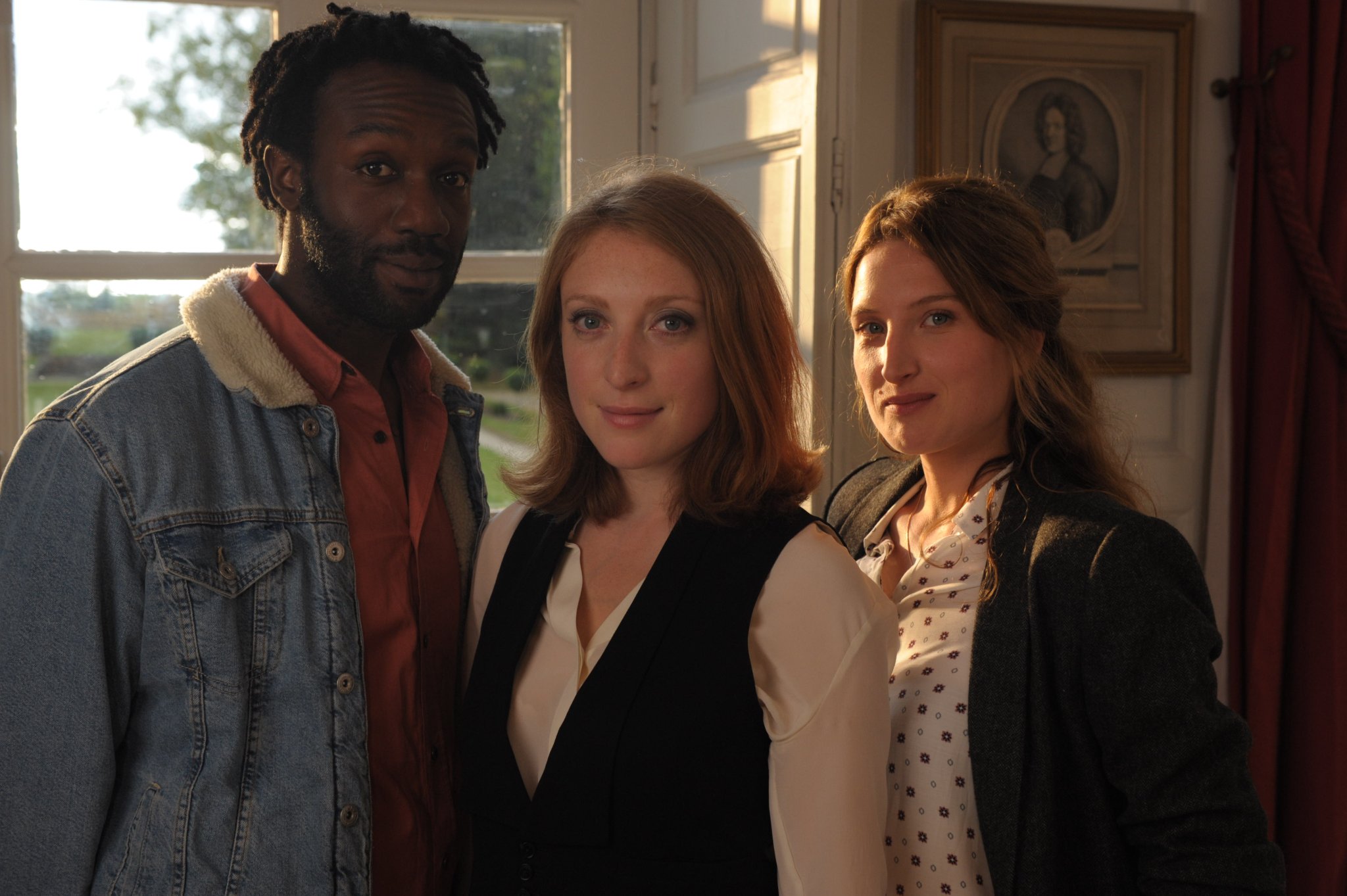 Slight spoilers from here on…

The title of the Netflix film is interesting. When I came out to my Dad, he told me, “Do what you like, just don’t upset your mother.” The phrase To Each, Her Own (or their own, more traditionally) gives me the same sense of reluctant acceptance; to me, it kind of means people have all sorts of preferences, but I’m not obliged to like them or understand them. I don’t think any of the characters expressed that attitude. The French title, which means “colours and tastes” does more closely reflect the main character, I think; especially in her approach to having broad preferences without a specific label.

And here I must declare my own bias and tell you about another theme of To Each, Her Own: bisexuality. I started watching it half expecting that the man Simone connected with would try to cure or convert her, and so I was on guard. Very happy that Wali didn’t do that, but I am not at all happy at Simone’s aversion to the label “bisexual”. There is a revealing moment when she tells Claire she can still be lesbian despite attraction to a man, and likens it to being Jewish even though she eats pork: she can be a lesbian without being a “pure” lesbian. Granted, that’s near the beginning of her journey, but I would have very much liked to see her reconsider the label later, especially considering the ending. It is incredibly rare to see people on screen being comfortable calling themselves bi, and I firmly believe that representation needed in media includes characters being able to say the words for their sexual orientation, not just presenting it. We see her own aversion to it, and we also see some fairly standard reactions and myths played out by others.

And the ending. I’m sorry, but despite having liked the film overall – especially the well-drawn characters – it wouldn’t surprise me if the ending causes the film to be dismissed by bisexual (and poly) commentators, for two reasons. Firstly, it comes across as though a bisexual person requires two different partners at a time: most don’t. Secondly, modern bisexual people would not simply impose their preferences on their relationships but agree to a way to conduct things that would suit all concerned. I know one film cannot be expected to represent bisexuality on screen, but until there are more films with bisexual themes and characters, single films can create impressions in their viewers, just as Bound gave the impression that girl-girl relationships require one butch and one femme. And unfortunately, it is realistic that someone navigating bisexuality for the first time – like Simone – might have these misconceptions herself too.

Please do watch Netflix Original To Each, Her Own. It’s great to have more well-written characters, believable stories with queer themes. But please remember my caveat: this is one woman’s journey with self-discovery (which probably has farther to go) and does not reflect a typical modern bisexual experience.

2 thoughts on “To Each, Her Own (Les Goûts Et Les Coloeurs) Review”