Netflix Original series Mr. Sunshine episode 1 serves a technically brilliant episode but with choppy exposition to detail the painful past of the lead characters that merge with their present.

Netflix Original series Mr. Sunshine episode 1 serves a technically brilliant episode but with choppy exposition to detail the painful past of the lead characters that merge with their present.

This Netflix Original series is sold as a melodrama/romance. Mr. Sunshine episode 1 is not impactful in a romantic sense, though, but instead conveys a narrative with depressing, sobering brutality to introduce the two entwined characters into the story.

It is probably useful to understand the general premise of the entire series, which is difficult to realise in the first episode. Mr. Sunshine tells the story of a young boy who was born into a house servant’s family and travels to the U.S during the 1871 Shinmiyangyo (U.S. expedition to Korea). He later returns to his homeland as a U.S Marine Officer and falls in love with an aristocrat’s daughter. That young boy is Choi Yoo-jin, who markets himself as Eugene to help work within the cogs of the U.S. Eugene clearly evolves as an “American” and I hope Mr. Sunshine shows that intriguing character arc as the series progresses.

The first episode opens up with a series of exposition to demonstrate the lead character’s ultimate journey. I was taken back slightly by the ruthlessness of the story that bore some resemblance to the movie Silence, with scenarios playing out in slave camps, with leaders giving zero mercy to those who oppose them. Mr. Sunshine is a show that clearly wants to give the viewer a sense of reality for these characters, in a world that is very much fragmented, with characters blindly doing what they think is right. The first episode of this Netflix Original spends much of its budget playing out battle scenes, during the Shinmiyangyo, with the people of Joseon standing firm against the U.S. Incursion. It was a damning sight to see many people fight against the U.S despite the narration articulating the hopelessness of it all. Mr. Sunshine clearly shows a government unwilling to negotiate a diplomatic resolution, leading to the death of many of their own loyal people. 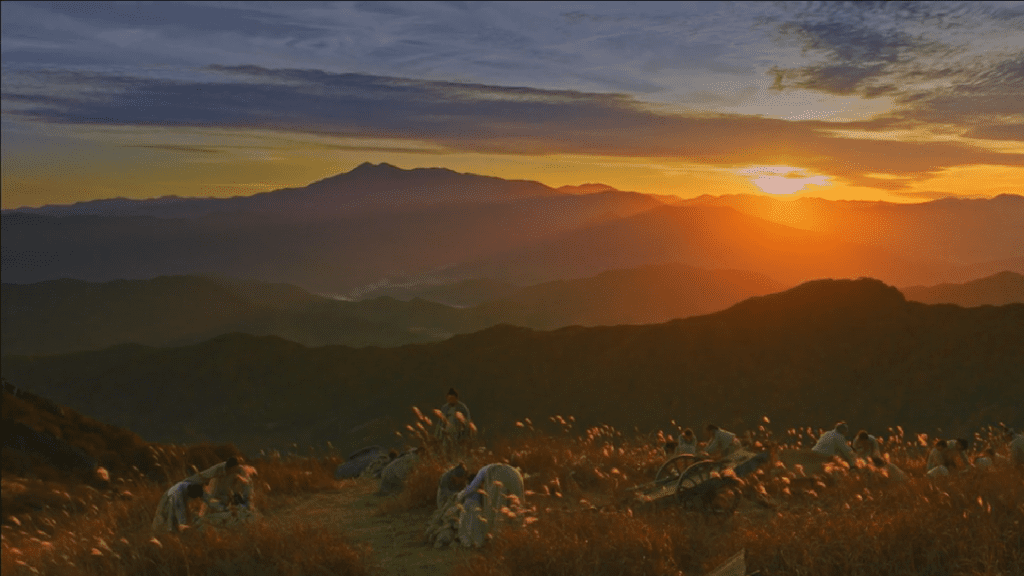 As the episode progresses, with Eugene clearly evolving as a character, with many supporting storylines playing out a key moment in history, it has to be said that the pilot is an incredible piece of technical work. I was not expecting to be bowled over by such great landscape shots, whilst the characters unfold a despairing story. As the episode draws to an end you see glimpses of Eugene as a complete version of himself and the Aristocrat’s daughter living in a new Joseon. It is an easy assumption that Mr. Sunshine will offer a tale of love and politics, with Eugene discovering a plot by foreign forces to colonize Korea so it will be interesting how this pans out, and if it will ultimately jeopardise his newfound romance.

My only criticism of Mr. Sunshine episode 1 is its choppy exposition. The episode is over an hour long and it spends much of its time slicing many different stories together and ends on a jaded ending merging with the credits. However, with its technical brilliance and a hard-hitting storyline coupled with violence, romance and drama, we could be in for a ride.