Final Space charts the adventures of Gary Goodspeed (Olan Rogers) a prisoner aboard the Galaxy One. Gary and his unusual bunch of friends fight it out against the evil Lord Commander (David Tennant) to try and save the Earth… sorry, the Universe. It sounds cooler.

Final Space charts the adventures of Gary Goodspeed (Olan Rogers) a prisoner aboard the Galaxy One. Gary and his unusual bunch of friends fight it out against the evil Lord Commander (David Tennant) to try and save the Earth… sorry, the Universe. It sounds cooler.

When I started Final Space, the new Netflix Original sci-fi animated adventure, I began to wonder exactly what I’d let myself in for; there was just too much going on. I found the episode utterly exhausting, as I was dropped into the middle of a plot that wasn’t really explained, with some character I wasn’t properly introduced to, and frankly I didn’t want to get to know. I felt like I’d suddenly aged by 40 years and was reduced to asking “who’s that?”, “why’s he saying that?” and “where’s he come from?”. Confusion aside, the show was seemed to be so frantic that things were just happening; people were talking too much and they weren’t making any sense. It was like watching a toddler reenact all of my favourite sci-fi properties in an entirely random and non-linear order.

However, I’m pleased to say it’s actually worth persisting with, because by the end of things I was (mostly) onboard with Final Space. 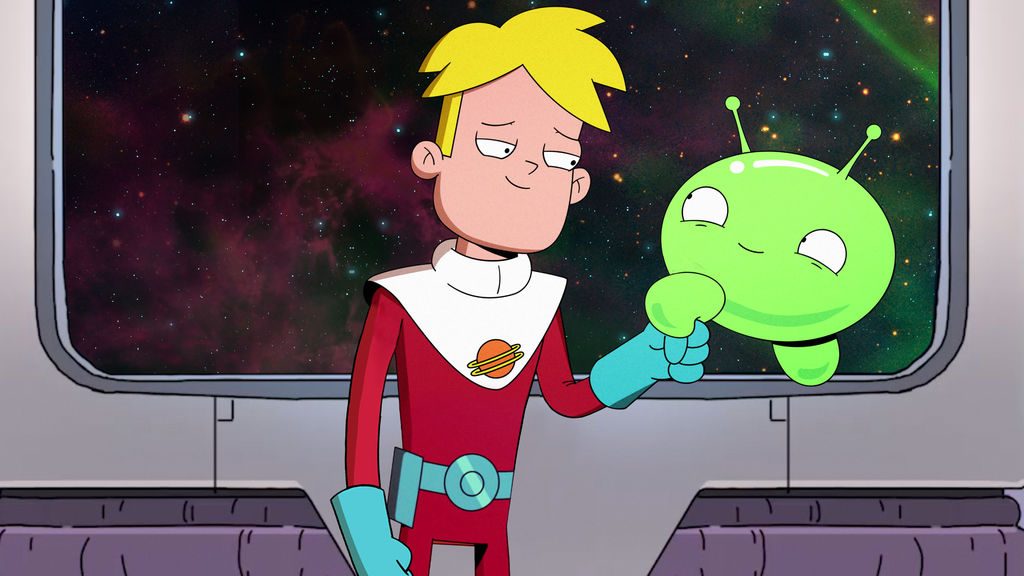 Final Space is a show that seems to have cherry-picked bits and pieces from other sci-fi properties that I have a lot of affection for, and sometimes it works and other times it doesn’t quite land. From the outset Final Space felt like an animated version of Red Dwarf. Gary is a bit of a loser marooned in space with only an irritating artificial lifeform for company, and who makes friends with a giant humanoid cat. Over time it becomes clear that Gary isn’t just a loser; he might actually be vital to (unwittingly) saving the world. So far, so Red Dwarf. There are a whole heap of other references thrown into the mix from Jurassic Park through to The Matrix. In fact, its love of a good reference feels like a reference in itself – the knowing, pop-culture savvy nature of Final Space is more than a little reminiscent of Rick and Morty. Final Space throws out a lot of references, but I think that more often than not they work and don’t quite tip over into the point of being forced and unnecessary.

I enjoyed Final Space and it was entertaining, but I can’t really remember too many genuine laugh-out-loud moments. I felt myself smiling occasionally but that’s about as far as it got on the chuckle-o-meter. What the show does manage to do is inject some nice tender moments of character and drama that felt like they were earned, most of the time. I suppose in some respects Final Space is similar to Futurama in that we get some very light and frothy moments interspersed with moments of real sadness. I don’t think Final Space has gotten anywhere near to the heights of Futurama in its prime, but that’s not an easy task (“Jurassic Bark” is a landmark of animated sadness in my mind). 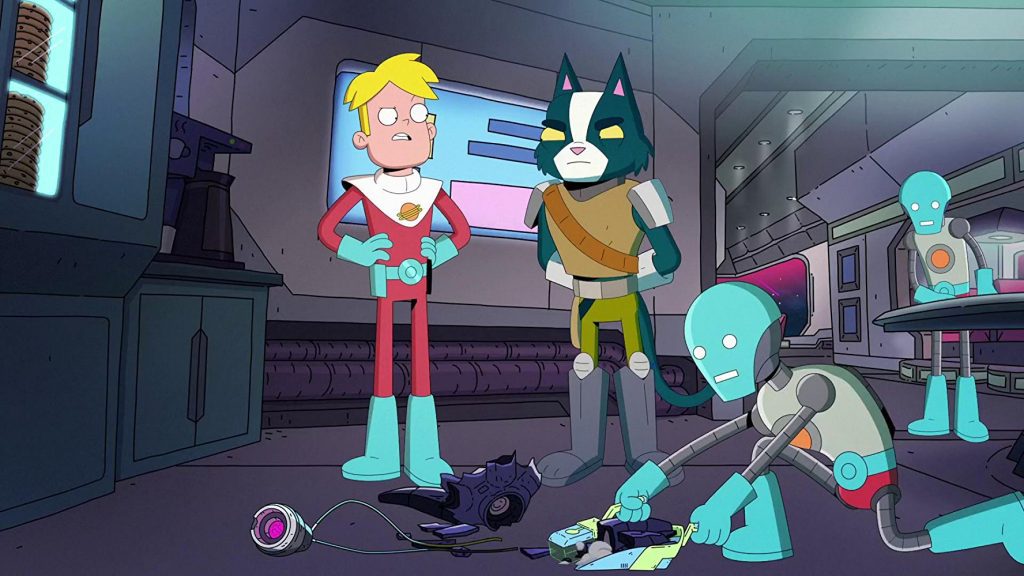 The weakest part of Final Space was Gary. He definitely improved throughout the series but he was still quite annoying. The main issue I had with him was that he just talked too much, with most of his dialogue feeling a little overwritten. He just throws out line after line that is clearly intended to be funny, but I found it a little grating. It really does improve over the course of the series but it’s definitely still there. The series is really well acted though, with a great voice cast, including an almost unrecognisable David Tennant as the Lord Commander and none other than Ron Perlman for a fairly brief cameo as Gary’s dad.

I was sceptical initially, but over the course of Final Space’s ten-episode run, I was won over. It feels very familiar but still manages to do it in an interesting way. This could have very easily been a terrible “remember this?” exercise of forced references and pop-culture nods; instead, they feel organic and fun. I’m very keen to see what happens in season 2, although I quite liked the note this season ended on and if it were to finish here it would be potentially one of the bolder endings to a show of this nature.