The Warning is an atmospheric Spanish thriller about a man who recognises a pattern in gun-crimes at a particular location; and a boy who is warned he will die on his tenth birthday.

The Warning is an atmospheric Spanish thriller about a man who recognises a pattern in gun-crimes at a particular location; and a boy who is warned he will die on his tenth birthday.

There are many films about people trying to stop a crime they just know is going to happen: The Warning (El Aviso) is another. And it’s also another gripping foreign-language film that I wouldn’t have come across if it wasn’t for Netflix.

The Warning opens with Jon (Raúl Arévalo), who stops for petrol on the way home with his friend David (Sergio Mur). David pops into the 24-hour conveninece store for ice, which his girlfriend Andrea (Belén Cuesta) had asked Jon to do. By coincidence, this is just the same night that guns go off across the store, with David caught in the middle. Or is it a coincidence? Jon is mathematically-minded by nature and as soon as he spots clues that this crime is a part of a pattern (albeit a somewhat fractured one), he digs into it. Fractured or not, Jon is determined to work out what is due to happen next in the pattern and prevent a death if he can.

The film then moves forwards ten years, at the same 24-hour shop location, where we see young Nico (Hugo Arbues) receive an anonymous note telling him if he returns there on his birthday he will die. The Warning takes us along both timelines: one in which Jon is banging his head against the numerical pattern; the other in which Nico tries to figure out how to deal with this note (is it a prediction or a threat) and his internal battle between reason and paranoia. 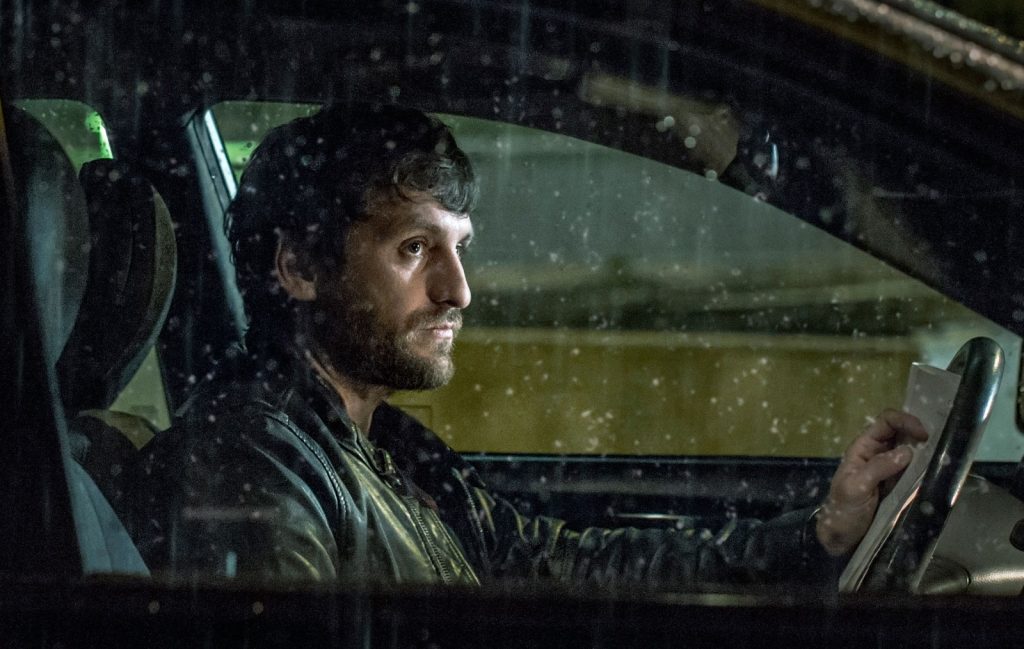 The Netflix exclusive film is based on the novel by Paul Pen, but I cannot tell you anything about how close the adaptation is as El Aviso does not appear to have been translated into English. But regardless of the source, the script (by Jorge Guerricaechevarría and others) was very tightly written: it was easy to forget how far-fetched some elements were because the dialogue and down-to-Earth settings made The Warning quite believable.

The Warning is directed by Daniel Calparsoro, who I also had not heard of before, but I will certainly look out for his other work. I was kept gripped from start to finish, despite a little confusion here and there. The characters were all well drawn, despite minimal information; and even when it felt as if we were told what was going to happen next (such as the predicted shootings), the tension still held well. What helped with that tension was the soundtrack by Julio de la Rosa. It was subtle and atmospheric, never once becoming too dramatic. Actually, at the start, the music reminded me a little of Blade Runner, but that was partly because of the rain.

The other thing that really supported the quality of the film was the acting: top rate all around. Arévalo as Jon and Arbues as Nico were very engaging leading men in their own ways; and even Antonio Dechent (who played Héctor the shopkeeper) was understated, though he had been a little hammy in I Know Who You Are. The two female roles (though secondary) seemed especially difficult and well played. Lucía (Aura Garrido from Ministerio Del Tiempo) played Nico’s mother, adamant that he should not give in to fears; and it was clear at times that she drew this from experience. Andrea (Belén Cuesta) was an even more emotional role as the girlfriend of David, shot at the start: she did not appear much, but when she did, the depiction of turmoil was admirable. 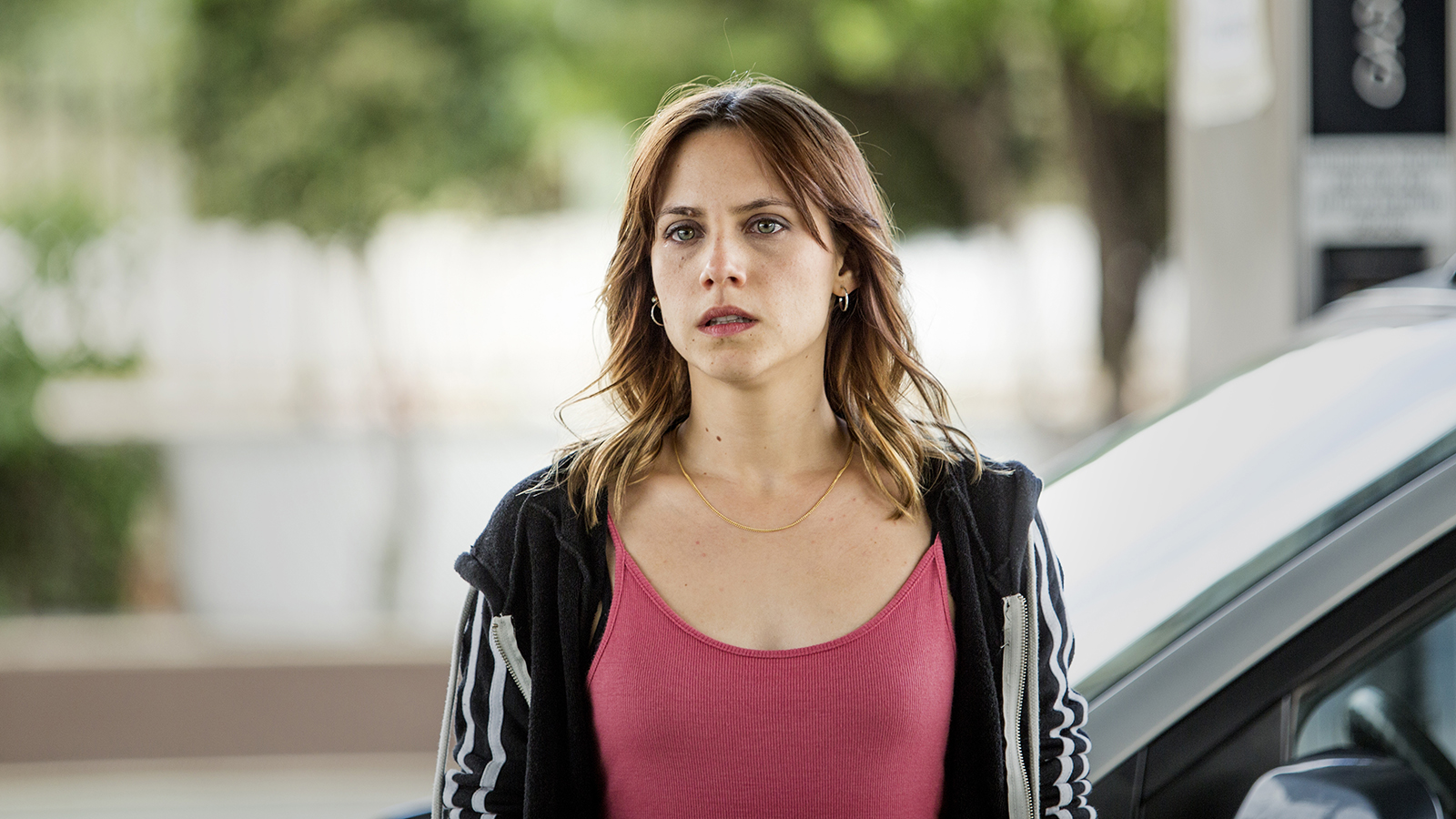 There were some unsatisfying elements of course. The numerical pattern is fairly clearly described, but should it really hold if it’s as broken as it appears? And the cause of the pattern has a little explanation but is kept unresolved. It probably would have been too neat if it was resolved, but it did niggle somewhat. There were times when it seemed like the pattern was in Jon’s imagination; at one point he seemed to make things fit, but that didn’t happen throughout, so was something really causing it? Who knows… let the viewer interpret, or just enjoy.

The two separate timelines were not entirely clear either: near the start, a caption states “ten years later”, and I assumed everything from that point took place ten years later. But instead, the timelines were blended together. Whether that was a deliberate confusion (like with The Blackcoat’s Daughter) or misguided, I don’t know.

Now what I was most unhappy with in Netflix’s The Warning was the treatment of mental health. Jon thought much more sharply if he didn’t take his schizophrenia tablets. I know this can be a geniune side-effect, but I’m always uncomfortable when mental illness is used as a plot device, especially if it is not necessary: and it wasn’t in this case. The story could have been just the same with a clear-thinking lead character who had no ill-health.

But do watch the film: overall, it is terrific quality, and I must say evidence that Netflix chooses more good foreign language content than bad.