Netflix Original Orange is the New Black Season 6 successfully adapts to the change of setting, allowing old characters to overcome obstacles and new characters to shine.

Netflix Original Orange is the New Black Season 6 successfully adapts to the change of setting, allowing old characters to overcome obstacles and new characters to shine.

When a series reaches the later seasons, it can either define the story or feel a little laboured. Orange is the New Black Season 6 had a sizeable task to overcome by continuing a story that had taken a unique curveball at the end of Season 5. The one strength Orange is the New Black can savour is the characters, who have captured a loyal fanbase, keeping their Netflix subscription in check.

Orange is the New Black Season 6 feels a little different in that this is the first time the characters are logistically dispersed into different areas of the prison system. The prison raid at the end of Season 5 reset the story, if anything, allowing the non-prisoners to continue to expand their story whilst our favourite inmates adjust to a new prison life.

In the opening scene of Season 6, Suzanne “Crazy Eyes” Warren is playing on her imaginary TV as she watches her inmates from other cells. The viewer sees her psychotic visions through the eyes of Suzanne, with her flicking through channels and seeing her friends play out a TV show, which almost represented a slight recap of each character. The show’s creators will highlight this unprecedented start of a season as a creative outlet to recognise the mental state of Suzanne, but really it highlighted how crazy this has become. Orange is the New Black was once hailed for its portrayal of women in prison, and now we have prisoners taking over establishments and a company executive accidentally becoming a prisoner in the madness of it all. 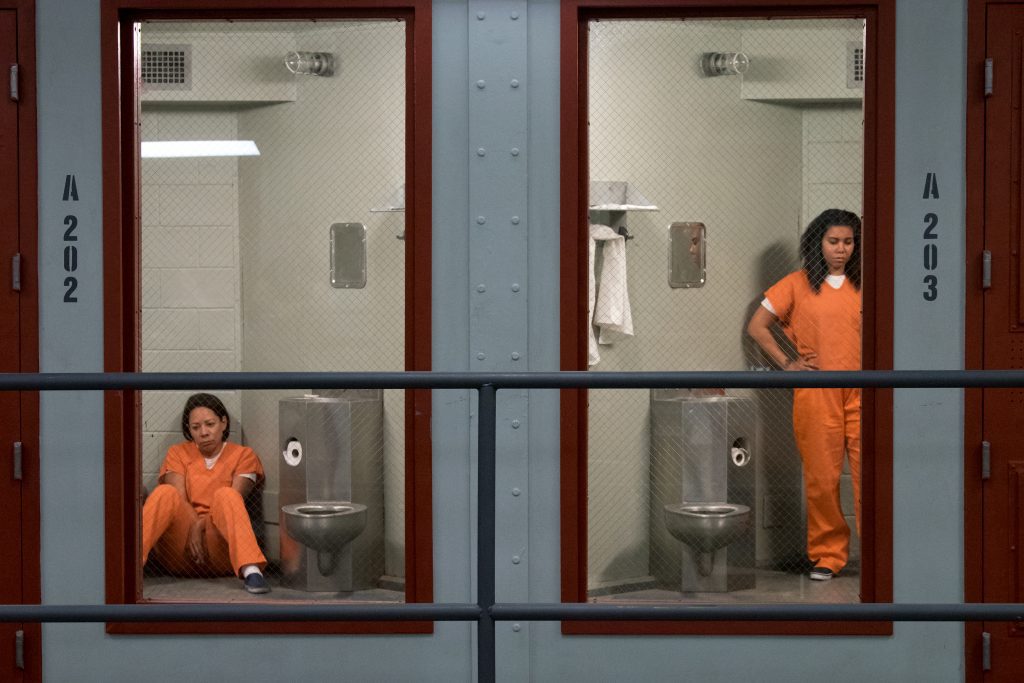 Of course, it does not matter, as in a way it still kind of represents the prison system. Another important aspect is that Orange is the New Black Season 6 proved the series had the longevity to continue for many years to come. The characters have been so used to the “family” effect, relying on each other to be stronger in groups, that Season 6 was the blessing we all needed; separated, shackled and shaken inside a maximum security prison whilst the authorities above them figure out how to handle the accidental shooting of Piscatella in the prison raid. Almost every original character looks wasted by the events before them; “Red” has lost her strength, Piper is yearning for Alex, and Tasha is barely responding to a normal conversation. Orange is the New Black Season 6 resets the characters to overcome a new scenario, adjusting to a lifestyle where they are not all grouped together.

Season 6 also gives the original characters something to strategically think about. The shooting of Piscatella leaves the authorities above them in the predicament of revealing to the media that they accidentally shot one of their own in the prison raid; of course, this cannot happen, meaning that one of the characters must be blamed for the incident. Usually, when an event of this magnitude occurs, the characters can conjure a story quite easily at lunch or in their bunkers. This luxury is not possible in maximum security; Orange is the New Black is a whole new ballgame now.

Whilst Orange is the New Black Season 6 provides the reveals we thirst for and the blockbuster ending, it builds a smaller bridge between the prisoners and the outside world – representing that the world we are in is not too different, the only difference being that the prisoners are in orange jumpsuits and the outsider can take a s**t whenever they want. There are some really telling moments that represent tacky human behaviour. Early on, Tasha finds herself in a conversation with an acquaintance who just so happens to be a prison guard, and she markedly points out that she is only a few steps away from being in a prison jumpsuit. 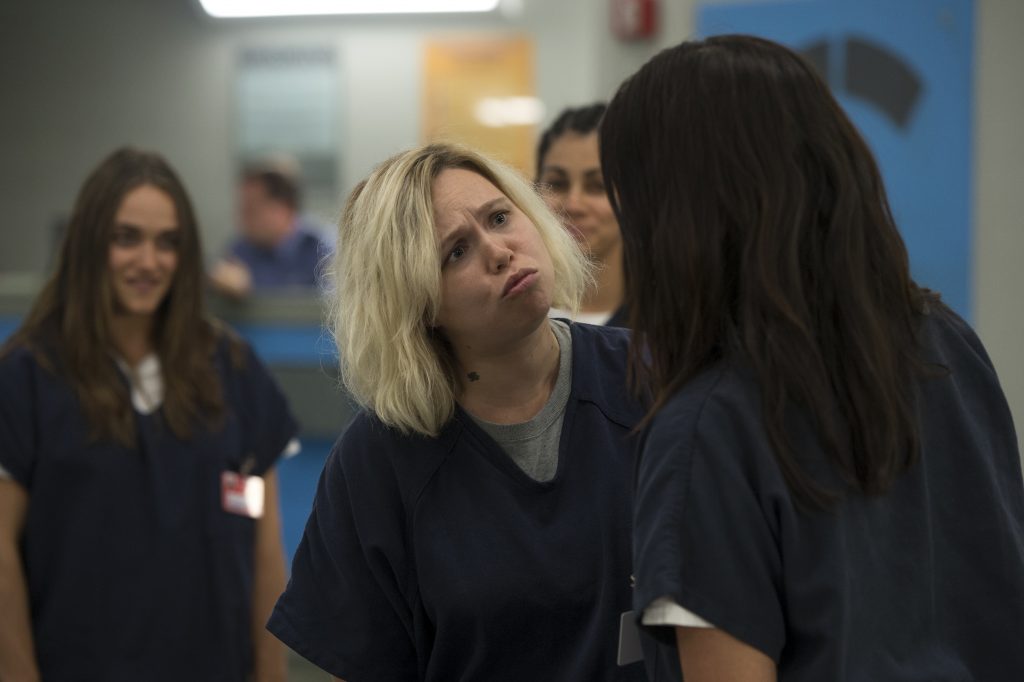 Because Orange is the New Black Season 6 is a change in direction, it comes with new characters that they have to try and slot in without awkwardly hurting the balance of what has already been built. With a new location, Litchfield Max, comes the group who unspokenly run the place. “Badison” Murphy is a welcome addition, whose real name is Madison but her friends call her the former because she is a try-hard who starts the confrontations. I was surprised by how much she had the Negan effect from The Walking Dead, with original characters immediately taken back by her. She is kind of second in command to another new character, Carol Denning, who is at war with her sister Barbara Denning, who leads Block C. Due to the compelling dynamic, all the new characters almost merge in nicely like a good grade of paint.

Orange is the New Black Season 6 is nowhere near the best or the most effective season in the series, nor will it be hailed as a return to the glory days. What the season did prove is that the show can live on successfully without a feeling of exhaustion. It does feel slightly stagnated at parts in Season 6, but there is a real intention to continue a sensible and engaging narrative that does not dismantle the efforts of previous seasons. Regardless, if you are an Orange is the New Black fan, you will enjoy the old and the new. And I still stand by that Jenji Kohan is a bloody genius.