Netflix further expands its international programming with The House of Flowers, a Spanish-language dark comedy about an affluent, flower shop-owning family with skeletons in their closets.

Netflix further expands its international programming with The House of Flowers, a Spanish-language dark comedy about an affluent, flower shop-owning family with skeletons in their closets.

Created and directed by Manolo Caro, The House of Flowers, or La casa de las flores, is a new Spanish-language Netflix Original Series – the third, after Club de Cuervos and Ingobernable, to come out of Mexico.

A dark comedy about a dysfunctional family, the immediate comparison to be made is with Welcome to the Family, a recent Catalan series that was also a dark comedy about a dysfunctional family. Both shows open with a death, too. Luckily, The House of Flowers has a better English-language dub, which isn’t entirely surprising; Welcome to the Family was picked up by Netflix after playing like gangbusters on Catalan television. The House of Flowers is an entirely original production, and part of the streaming giant’s on-going overseas marketing strategy.

But The House of Flowers is also, on balance, a better show overall. It similarly leans much more into the “dark” than the “comedy”, but the characters are better-defined out of the gate, and the nature of the inciting incident is more intricate and compelling.

The title is literal. The show follows an affluent Mexican family who own a prestigious flower shop – a flower shop that, in the first scene of the first episode, contains the body of a woman, swinging from a noose. We quickly come to learn that the corpse belongs to the mistress of the family’s patriarch, and things only spiral further into chaos from there. 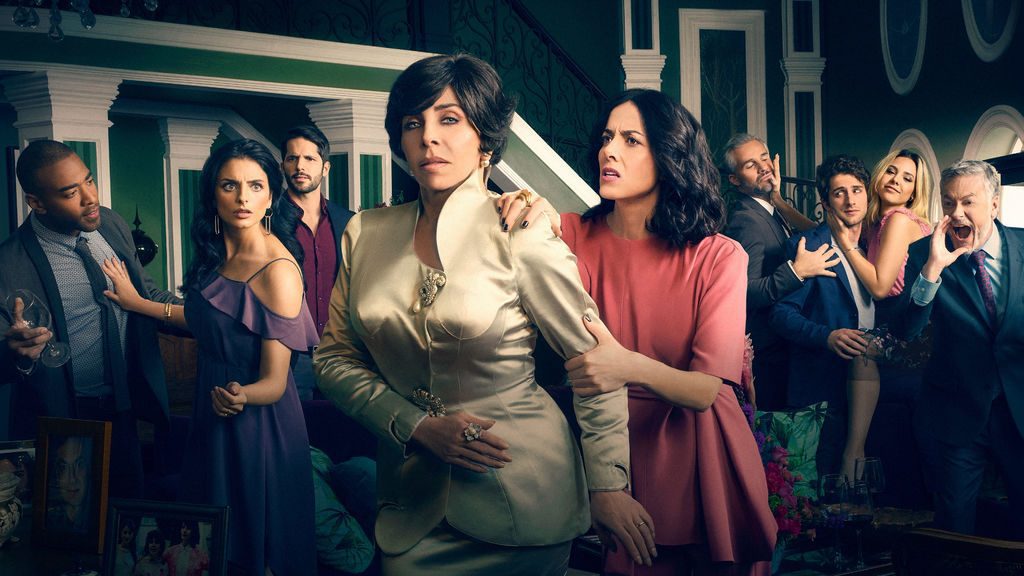 The body’s discovery is complicated by the fact it’s made at a swanky soiree attended by adoring media and extended family and God-knows-who-else. The House of Flowers isn’t particularly amusing, as it’s played a little too straight and too dramatic to be laugh-out-loud funny, but the humour that is deployed often revolves around social standing. The lifestyles of the rich and the famous is hardly new narrative territory, nor is classism a fresh source for jokes, but The House of Flowers does a fair bit with those themes.

It helps that the characters have a bit more to them than might be expected. One of the pretty daughters has a lower-class boyfriend who forgets to wear dress shoes; the freewheeling party-boy son is secretly gay; the buttoned-up glamorous matriarch has a penchant for drugs to take the edge off. There are small details – such as partners not being allowed in the family portrait on account of not having married into the family – here and there which hint at a deeper, more ingrained sense of culture and customs that The House of Flowers makes decent, regular use of. But the show is less about Mexican culture specifically than familial dysfunction in general – particularly when the family in question has more reason to keep those dysfunctions quiet.

7 thoughts on “‘The House of Flowers’ | Netflix Original Series Review”