A mother and daughter, playing games in the forest. Somebody’s watching. Somebody’s waiting. If you go down to the woods today, you’re sure of a grim surprise.

A mother and daughter, playing games in the forest. Somebody’s watching. Somebody’s waiting. If you go down to the woods today, you’re sure of a grim surprise.


This was a surprise: the highlight of this year’s Leicester Comic-Con was – for me – a very scary short British horror film called Teddy Bears Picnic. I’ve been to that event with our son three years running now, and we’re very familiar with the set-up: merchandise and a stage downstairs, with video games at the back; art, artists and tabletop games upstairs, though all with a few exceptions here and there. One of the artists displaying their work upstairs was Thomas Hodge, also known as “The Dude Designs”, the poster artist from such films as Hobo with A Shotgun, The Innkeepers and The Heat.

But I wasn’t drawn to his posters (sorry, Tom) so much as a display of teddy bears surrounding a TV screen. The bears were all either grubby, taken apart and put back together or simply plain weird, and they drew my eye to the screen. I sat down, put on the headphones and forgot about my son for a few minutes. 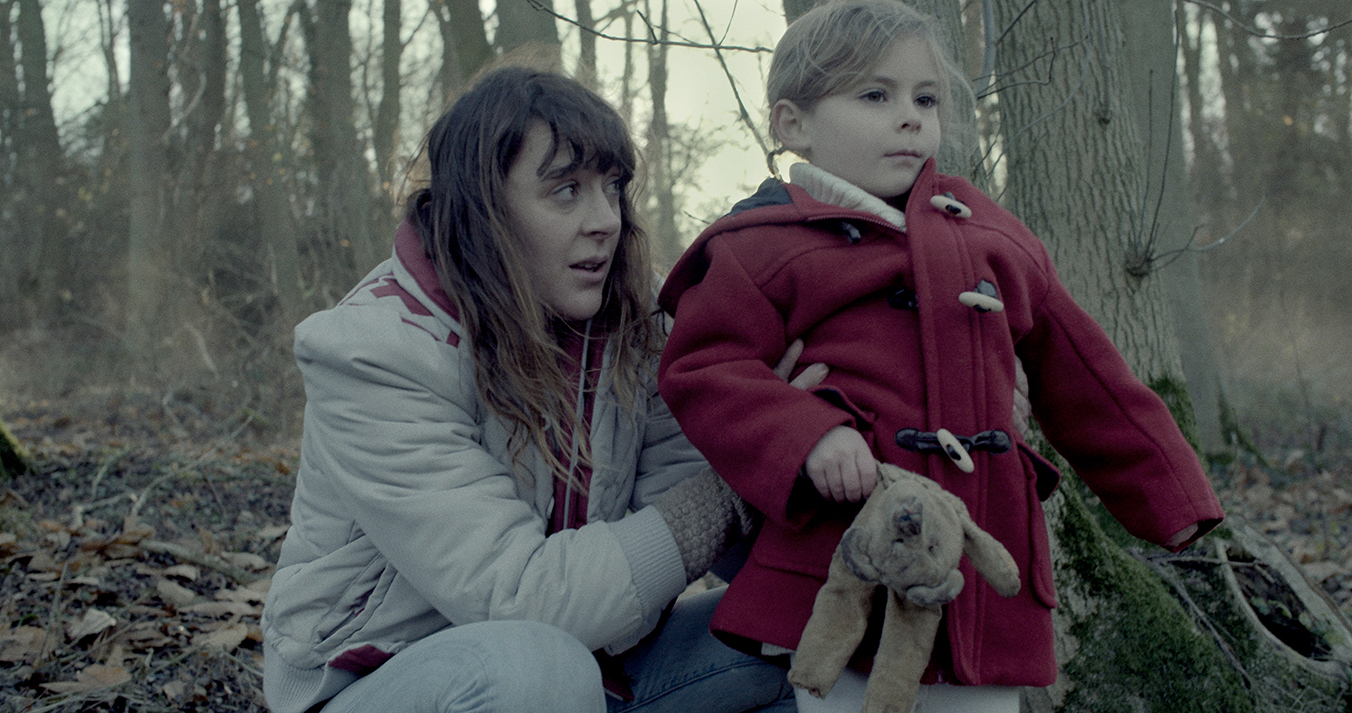 Teddy Bears Picnic opens with a mother (Abby Miller) and daughter (Lorelei Winterfrost) playing games in the middle of a forest. Naturally, they get a little separated as they play: the wood is so compact and takes a lot of scrambling to catch each other up. Along the way, the mother finds a growing trail of creepy-looking clues. I shan’t give away what she finds at the end of that trail, but it is truly scary.

Similarly to Muil, I loved this short film for its cast and sinister atmosphere, which was made with sharp cinematography and a fitting score. I’m only aware of one flaw to Teddy Bears Picnic, but I’ll leave that until the end and tell you more about those good points.

The cast, for a start, is only three people. You may already know Abby Miller from Justified and The Sinner: she brings the same knowing, intimate presence to Teddy Bears Picnic in just a few minutes as I saw in The Sinner. Lorelei Winterfrost is new to me, though. No surprise: she was six years old when Teddy Bears Picnic was shot. She has been acting for years (stage and screen) and is also a model and dancer, attending the Stagecoach Performing Arts School in Twickenham: it would not surprise me if we see her in many more roles as she grows. The third member of the cast is Laurence R. Harvey, but I will not reveal what part he plays. If you are a horror aficionado, you may know his name from the main role in The Human Centipede II (Full Sequence); but I hadn’t realised he also appeared in children’s TV during the 1990s… the things you learn when writing reviews! 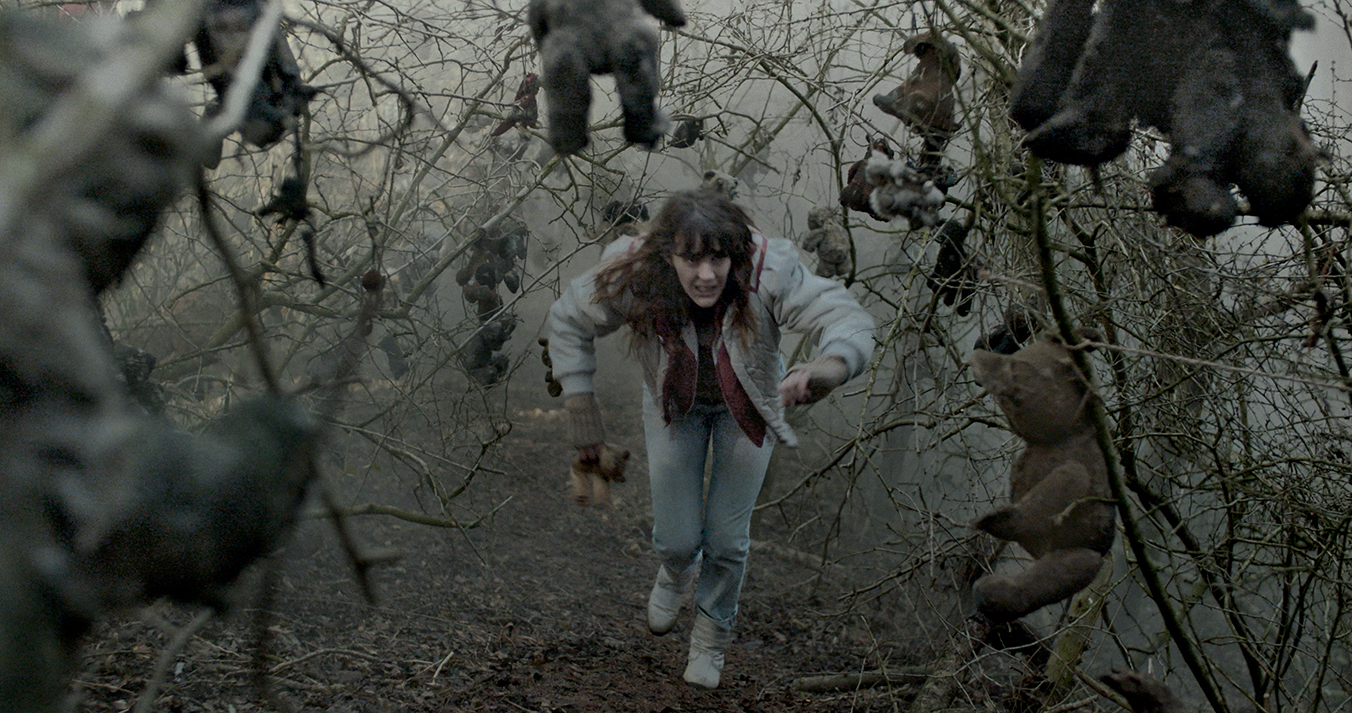 Teddy Bears Picnic was directed with very careful pacing so that only a little was revealed at a time. This can’t have been easy in just five minutes! It is Tom Hodge’s directorial debut, and he was aided by a great little crew. This included Sophie Galpin (freelance musician, and drummer for The Pins), who wrote and arranged the score; and James Fox, who led the cinematography (which was nominated for a festival award). 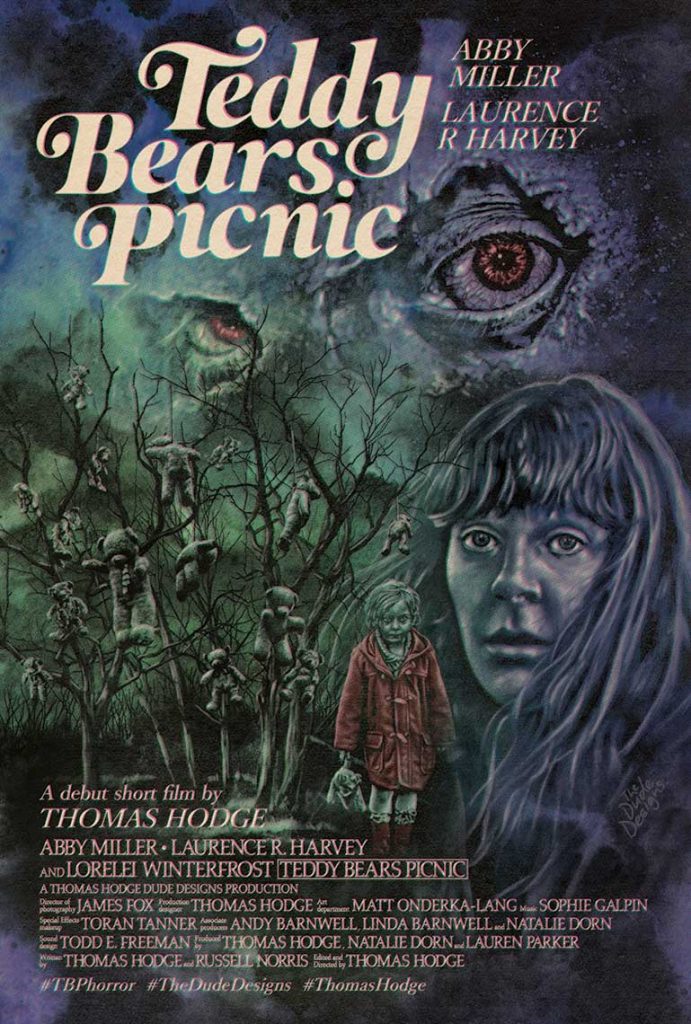 That kind of makes the film sound bigger than it is which leads me to that flaw I mentioned: Teddy Bears Picnic really should be much longer. Tom’s initial idea was for a “post-modern, character-driven horror film”, which will “take horror back to its earliest primal roots: the world of fairytales and nursery rhymes.” This short was essentially a proof-of-concept to show how such a style would work and to put his directorial savvy to the test. The short premiered at last year’s Frightfest in London and travelled to a number of other festivals since then. In the meantime Tom has been in discussion with a number of production companies about how to take it forward; the short is not available publicly (except at such events) until those plans are worked out.

If anyone reading this has a film production company looking for a new horror project, there’s a great one here just ready to run. Contact Thomas. In the meantime, watch out for Teddy Bears Picnic at festivals and – when in doubt – stay out of the woods.

Oh and I just remembered one other thing I really liked about the film, the last line of the credits: