A failure on just about every level, Mile 22 manages to be about too much and nothing at all, while also severely underutilizing Indonesian action star Iko Uwais.

A failure on just about every level, Mile 22 manages to be about too much and nothing at all, while also severely underutilizing Indonesian action star Iko Uwais.


Mile 22 is the fourth collaboration between rapper-turned-actor Mark Wahlberg and director Peter Berg in just five years. The other three were Lone Survivor, about a botched Navy SEAL operation; Deepwater Horizon, about the 2010 BP oil spill; and Patriots Day, about the Boston marathon bombing. In all of them, including this one, Marky Mark plays an unswervingly patriotic American of God-like talent. Here it’s James “Jimmy” Silva, the leader of an elite government task force so secretive that his low-key cover is working at the CIA.

There are things you should know about Jimmy. The first is that he’s ostensibly bipolar, which Marky Mark exhibits by talking at incomprehensible speed, only occasionally slowing down to swear a lot. He was also inspired by former White House chief strategist Steve Bannon, for what that’s worth. And he’s a typically rough-and-tumble all-American superman with the clichéd backstory boxes neatly checked: Anger issues? Yep. Lost family and tough upbringing? Of course. Genius-level intellect that he never makes much use of because reading books is for dorks? You bet!

His team is equally ludicrous. His closest colleague, Alice (Lauren Cohan), is just as foul-mouthed, but spends most of the film arguing with her husband on Skype. Sam Snow is played by Ronda Rousey, a shoddy performer even by WWE standards. And their handler, John Bishop, is played by John Malkovich in a dopey haircut and Converse who quotes H. L. Mencken and goes by the codename “Mother” (the agents are referred to as Child 1, Child 2, and so on.) The operations room is adorned with cartoonish bobbleheads of past and present U.S. Presidents, just for good measure.

The plot of Mile 22, which was dreamed up by Lea Carpenter and Graham Roland, concerns a chemical weapon of the usual type, the details of which are stored in the head of Li Noor, a rival super-agent based in a fictional Southeast Asian metropolis and played by Iko Uwais. The title refers to the distance between the U.S. Embassy and the extraction point, as Noor won’t give anything away until he’s safely granted asylum. And in the meantime, thanks to unhelpful flash-forwards, Silva lectures a typical government stuffed-shirt about how the mission we’re watching went wrong – as we’re watching it go wrong. 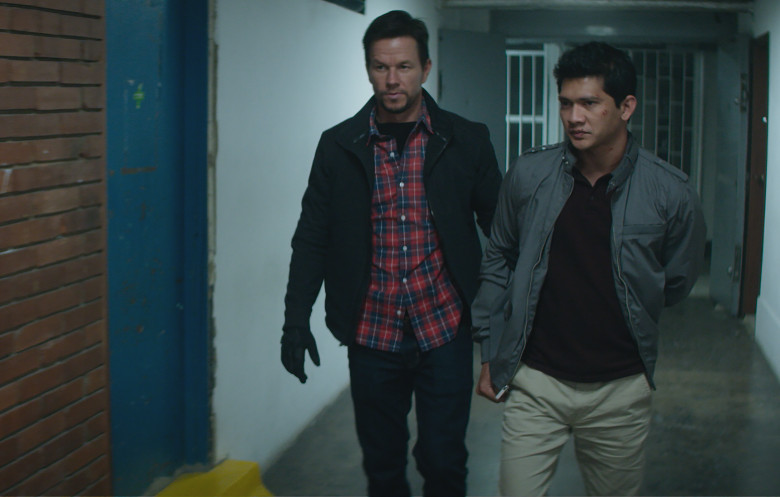 You can see what attracted Berg to Mile 22: At its core it’s a simple, timeless premise, with the Box Office surety of Marky Mark and the electric casting of Uwais, who, by Berg’s own admission, was the sole reason he wanted to make the movie in the first place. In that case you have to wonder about some things. Why, for instance, was the decision made to burden the succinct 95-minute runtime with so much of Silva’s motor-mouthed exposition? And why would you hire Uwais, who came to prominence by shooting, stabbing and bludgeoning the Indonesian underworld in The Raid and its sequel, only to edit his action scenes to the point of near-incomprehensibility? He does his own stunts! The whole point is that you barely need to edit him at all.

It isn’t quite as bad as you might have been led to believe. His best scene, in which two fake doctors try to assassinate him while he’s chained to a hospital bed, still kicks all kinds of arse. And Berg generally knows his way around an action sequence, so there are chases here and shootouts there that mostly get the point across, even if the editor’s efforts feel more threatening to the heroes than the identikit villains do. There’s nothing quite as egregious as that bit in Taken 3 where Liam Neeson climbs a fence from about twelve different angles.

This does end up being a problem, though – Mile 22 isn’t bad enough to be properly funny, so it just ends up being an awkwardly straight-faced insistence that extrajudicial American intervention is totally justified and awesome. That’d be a murky political viewpoint if Mile 22 was comprehensible enough to feel like it actually has a viewpoint, but alas, it’s just a slightly seedy undercurrent to Marky Mark speed-dating deep state stooges. Poor Iko. He deserves better.