Laced with affection, Netflix’s Take My Brother Away shows the true value of siblings looking out for each other in a lengthy drama series.

Laced with affection, Netflix’s Take My Brother Away shows the true value of siblings looking out for each other in a lengthy drama series.


Take My Brother Away, also known as Take My Brother Away, Please! is about two bickering siblings Shi Miao (Sun Qian – also supported in Meteor Garden) and Shi Fen (Zeng Joseph), who tackle friendship issues, high school dramas and the pains of growing up with little help from their parents. Admittedly, I knew very little of the Chinese drama until I did the classic google investigation. The story of Take My Brother Away has had quite a journey in the context of different media forms. Starting as a popular webtoon, it was taken on as an anime, and now it has been converted into a 30-episode live-action series – hopefully to the delight of the fans.

Putting aside the absurd length for a series, Take My Brother Away is an affectionate story that has been plucked by Netflix and added to their growing draft of international content. Personally, I did not have siblings growing up until I was sixteen, so I can not relate to the story from that perspective; however, there is something about Shi Miao and Shi Fen that pulls at the heartstrings.

As you can imagine in everyday family life, Take My Brother Away demonstrates the squabbles that siblings face. Shi Miao and Shi Fen argue over such minor debates, but due to their obvious competition to be the better sibling, neither of the two ever back down. The series opens up with Shi Miao describing the pain her brother causes, and how she takes that energy, that anger, and places it into her drawings. She also physically fights back at her brother; Shi Fen is the typical high school boy, who clumsily gets by and values his friends disproportionately to his education. Both siblings are a complete mismatch, which makes the onscreen bickering a joy to watch. 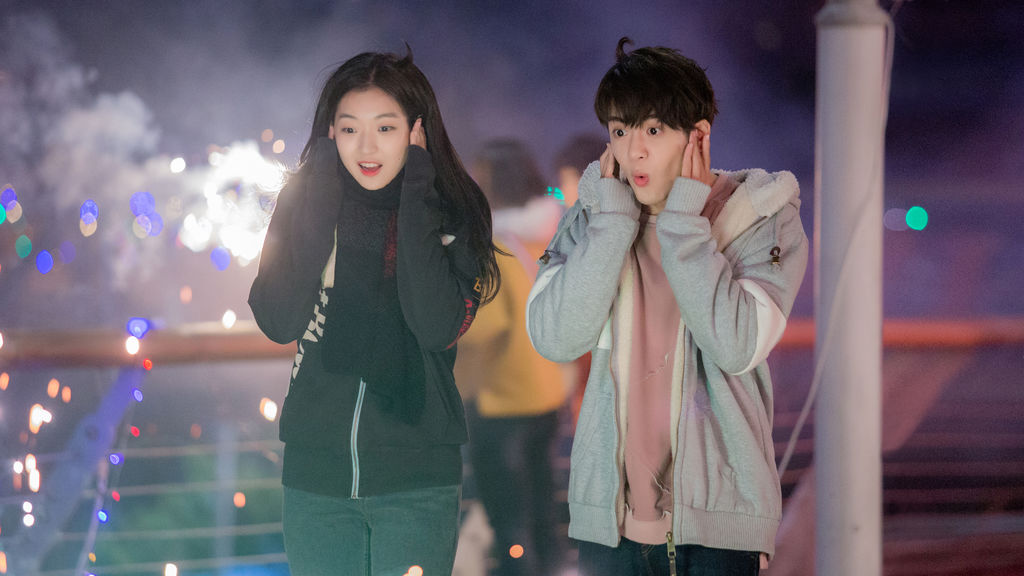 Take My Brother Away has a lot of messages regarding the difficulties of dealing with high school; making friends, dealing with bullying, fitting in and going through that awkward stage of dealing with first romances. Importantly, the relationship with Shi Miao and Shi Fen sustains relevance throughout, with their love-hate relationship providing a level of affection worth staying around for. Take My Brother Away delves in funny gags, and wacky scenes which sometimes turn into an animation to demonstrate how one feels; but amongst all the madness of storytelling, the series at times reverts back to the core – the appreciation of family values and sticking by each other.

If you consider the title Take My Brother Away, you can understand how the sister feels. Growing up as the younger sibling is said to be difficult, so having to deal with the regular pranks by someone who is by association meant to protect you must sometimes take a knock. On occasion, the brother is seen to be actually protecting his sister, unbeknownst to her due to being blinded by the rivalry. When it comes to the crux of the situation, Shi Fen will always make sure that his sister’s wellbeing is a priority.

If you have an older brother or older sister, you will understand and appreciate what this series is trying to do. The humour can be slightly odd but its heart is there. Take My Brother Away represents the family feeling in all of us, regardless of the bad blood shared.

2 thoughts on “‘Take My Brother Away’ | Netflix Series Review”