In 2009, 172 inmates died in Italian prisons. I know this because the figure is revealed at the end of Alessio Cremonini’s On My Skin, or Sulla mia pelle, a painstaking and powerful reconstruction of the high-profile, on-going case of Stefano Cucci, who was arrested by the Italian Carabinieri for possession of drugs, savagely beaten, and a week later died from his injuries while still in custody.

Stefano, here played astonishingly by Alessandro Borghi, was a 31-year-old former heroin addict. He worked for his father’s company and trained at a boxing gym. After being picked up for possession of hashish and cocaine and battered by three of his arresting officers, he was bounced around various jails and hospitals as his symptoms worsened. It took him seven slow days to die. Nobody can agree on exactly why he did, but On My Skin, which was co-written by Cremonini and Lisa Nur Sultan, leaves no doubt that had he not been unlawfully beaten and criminally neglected by the justice system, he wouldn’t have.

The case remains in the appeals courts, and the September 12 Netflix release of On My Skin will likely result in an outpouring of worldwide support. You can see why. The film is spare and no-nonsense, filling most frames with the bruised, emaciated face of Stefano as he writhes alone in grim cells and hospital rooms. The judge and prosecutor in his case don’t even notice his injuries; the hospital staff does, but cower behind formality the moment he refuses treatment. 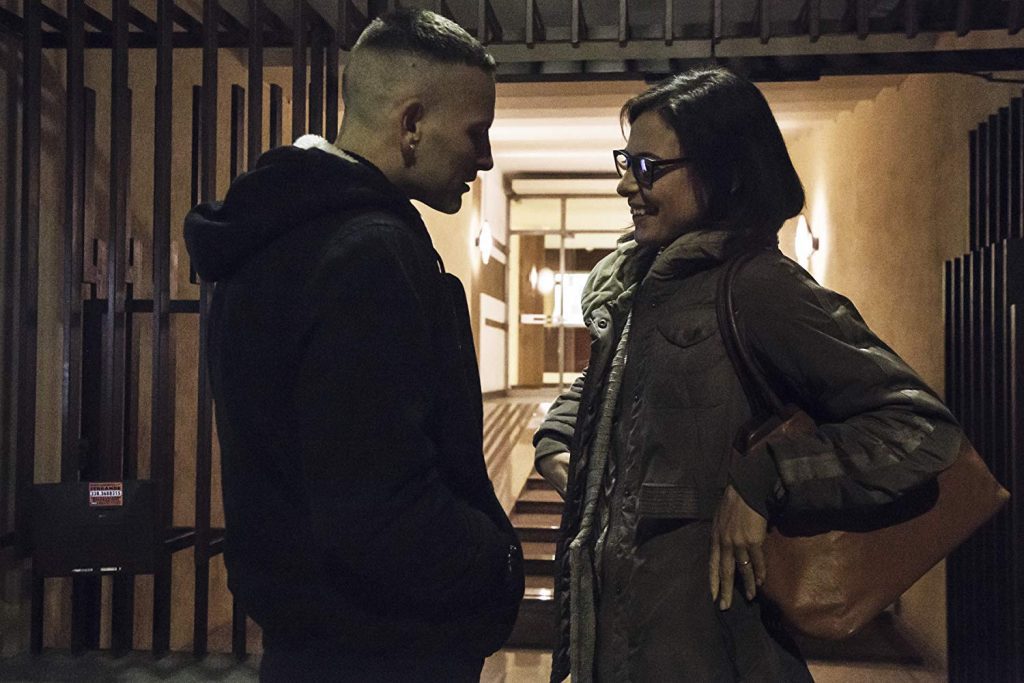 It isn’t always clear why Stefano is remaining tight-lipped about the circumstances of his assault or why he consistently refuses help, at least until a scene late in the film when he explains that he isn’t refusing treatment because he doesn’t want it, but because he isn’t being allowed to speak to his lawyer and sees no other way of being granted the opportunity to do so – a legal right, as I’m sure you’re aware. This moment, and many like it, lingers in the mind. On My Skin is a gruelling experience, one that hides its most unpleasant moments, such as Stefano’s life-ending beating and the indignity of being fitted with a catheter when he stops being able to urinate, but nonetheless repeatedly shocks the viewer with up-front depictions of clear criminality or, at the very least, an inhuman degree of utter disinterest.

Stefano’s sister Ilaria Cucchi, here played by Jasmine Trinca, and his fretting older parents, Giovanni and Rita, are given a ridiculous bureaucratic run-around when they attempt to see him, both after he has been hospitalised and, incredibly, after he has died. The nature of Stefano’s crimes (he is in possession of large quantities of drugs, but there is never any evidence that he intended to deal them) is beside the point; he was assaulted before sitting before a judge, and for no reason. His case captured the imagination of the Italian public because no evidence seems to exist to suggest it wasn’t simply an egregious violation of human rights and due process – a reality that On My Skin demonstrates with power and confidence.