Netflix Original Series Sisters tells the story of three women learning that they are sisters in a character-driven and well-balanced plot.

Netflix Original Series Sisters tells the story of three women learning that they are sisters in a character-driven and well-balanced plot.

Netflix Original Series Sisters perhaps unsurprisingly follows three women who find out they are sisters. Julia learns that her Nobel Prize-winning father, who specialised in reproduction science and built an empire based on his expertise, used his own sperm in a number of IVF treatments. When I say a number, I mean hundreds; the guy has broken many laws.

As serious as this sounds, Netflix’s Sisters frames the story as a light comedy drama; with Julia’s father on his supposed deathbed revealing his confession, which has got the media all riled up outside their house. As a concept itself, the Australian series serves up many opportunities to learn about different characters, who have been brought up differently, not realising their true identity. Sisters is strong at character building, easily persuading you to binge watch from the first episode. 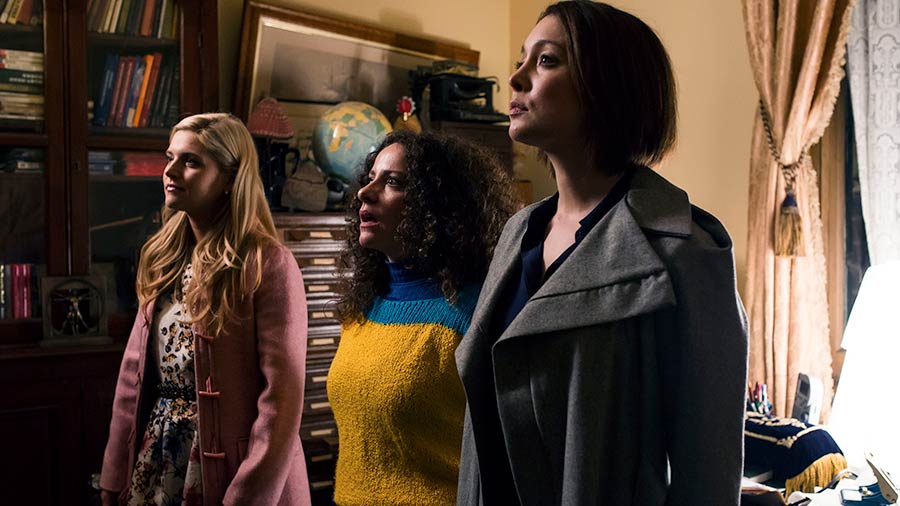 The core sister, the one who has been caring for Julius (the father responsible for all this), is the first sister we are introduced to; caring for her dying father has obviously taken its toll and she needs a new wave of excitement. In the first few opening scenes, she throws a man into a bar’s bathroom for sex after pretending it was a serious date. The second sister is Roxy, a star in the making of a children’s TV programme, eager to overcome her parent’s pressures and personal issues with drugs. Her eagerness to put space between herself and her parents is obvious; as soon as she hears she may have a different biological father, she immediately distances herself.

The third sister is the most interesting one – Edie. Her opening scene begins with a therapy session with her husband, in an attempt to save her broken marriage. She has to describe to him what makes her dispassionate in the bedroom, much to the displeasure of her husband in front of a suspiciously quiet therapist. Edie also works at the same law firm as her husband, that specialises in cases of a medical nature, which is where the story ties in. Netflix’s Sisters has brought together three women, from three different walks of life, providing a scenario that affects them in non-comparative ways. It’s brilliant.

And Sisters is not your usual generic-feeling Netflix series that gets released on a monthly basis; the performances and writing are meticulously well-balanced, to the point that as soon as you are introduced to Julia, you realise you are in good hands. The series follows a sensible structure as well, unlike last week’s Take My Brother Away, with the first episode being nearly feature-length and the rest that followed it only 45 minutes. I cannot describe how painful it is commentating on series’ recently that produce over hour-long episodes for a 22-episode season. We live in times of many TV shows. We haven’t got time for that. 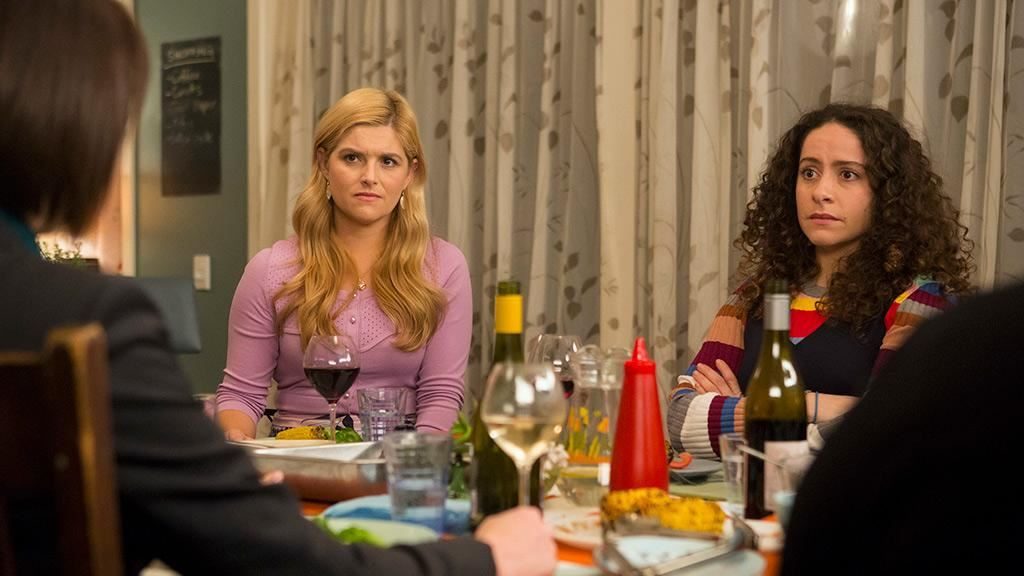 The factor that is most enjoyable in Netflix’s Sisters is the forced need for all these siblings to try and connect to each other, even though they were not part of each other’s lives previously. It is alluring and endearing to witness the three lead sisters try and form a sisterhood, even though it comes with new sibling-like disagreements and reckless thinking – it’s a vicious circle of confusion, comedy and relationship building that comes across well on the screen. It must be difficult to comprehend having a sibling all of a sudden.

Netflix Original Series Sisters is only 7 episodes long, which in today’s terms is not long at all. I guarantee that after the first episode you will be tempted to allow the timer to run down. The Australian series is nothing particularly special or groundbreaking but it understands workable characters that engage with the audience, and has a great story to accompany it.