City of Joy gives an account of women survivors in war-torn Eastern Congo, opening your eyes to such a human tragedy but also hope created by a safe haven.

City of Joy gives an account of women survivors in war-torn Eastern Congo, opening your eyes to such a human tragedy but also hope created by a safe haven.

I welled up ever so slightly during City of Joy. The Netflix documentary details so much tragedy, yet curtails the depression with hope, signifying a light at the end of the tunnel. The moments of calm and joy has a deep underlying sadness to it. City of Joy highlights a world that is described as the “worst place for women”, showing us survivors in the middle of violence-torn Eastern Congo. Rape is a weapon of war in Congo, to destroy communities and force families to flee villages. The militia free roams as they please as part of their objective, whilst the international community does very little, sticking to their direct agenda to reap the benefits of one of the most mineral-rich places on earth.

That’s a little of what I learnt from this Netflix documentary; the absolute tragedy of it all – thousands of women, raped in groups by men who are poor themselves; their gun gives them food and a sense of veiled freedom – selling their soul in return for the bare minimum. City of Joy is a safe haven for these women, an establishment, set up by Congolese Dr Denis Mukwege (2016 Nominee for the Nobel Peace Prize), The Vagina Monologues playwright Eve Ensler, and a charismatic Congolese human rights activist, Christine Schuler-Deschryver. The gated community gives them hope, group therapy and prepares them to be a voice in their own community when they return to their normal lives. 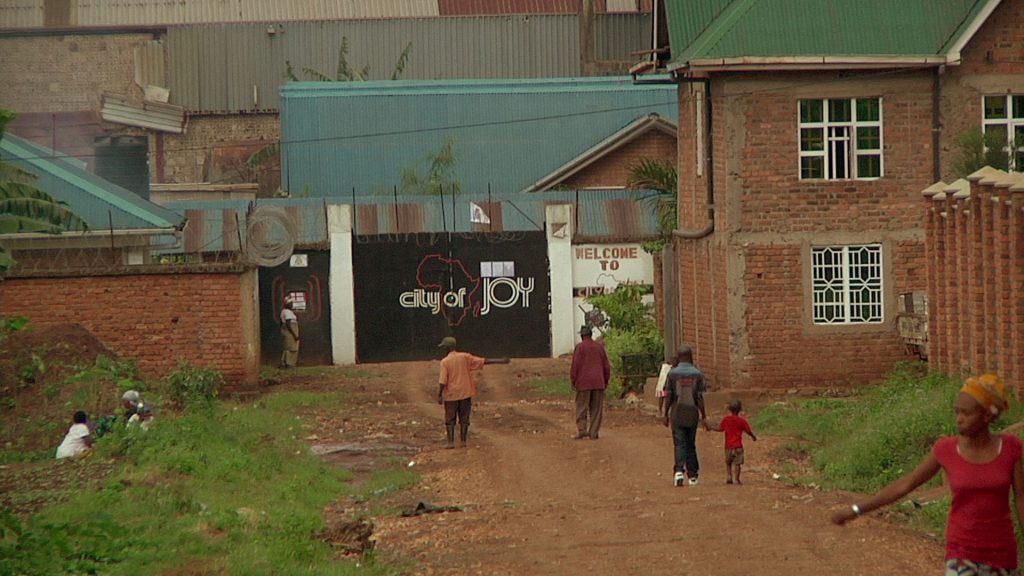 There is zero reason to doubt the purpose of this documentary when you witness the events that unfold in City of Joy; you are almost paralysed in thought by the atrocities that these communities experience. A part of me felt guilty, for not knowing the full extent of what happens in certain areas of the world. City of Joy demonstrates that there are always good people, even in spiralling darkness; Dr Denis Mukwege does not need to stay in Congo, he chooses to stay in order to minimise the epidemic. Eve Ensler could ride off her fame as a playwright but she genuinely helps raise cash for the City of Joy centre and partakes in its development. Christine Shuler-Deschryver vows to live through her mother’s legacy, to make sure that women suffer as little as possible.

The Netflix documentary does spend a lot of time taking accounts of why rape is used as a tool, and what war has done to the communities of Congo. There is a real sense that the blame is pinpointed to the international community, claiming that they do very little to prevent the human tragedy. City of Joy does not require excerpts of evidence to back up the epidemic of raped women; the evidence is the people, who deliver their stories of what has happened to them.

If you give City of Joy your time, the documentary goes full circle, showing how the City of Joy centre has given meaning, a purpose in life for these women. I felt some elation to see some of these women happy, speaking in high spirits and generally optimistic about becoming an activist in their community. Make sure you have some head space before you press play, because City of Joy is not a routine watch; your eyes are well and truly opened, and I am not sure if that is a good thing.