Home » RSC Originals » Features » How to solve the Predator problem

How to solve the Predator problem

Predator is a fantastic action film that launched one of the truly iconic sci-fi monsters of all time. Yet despite the success of the original film it seems to be nearly impossible to bring the Predator back to the screen.

It’s been more than 30 years since the Predator appeared and then promptly faded back into the jungle. There have been a number of attempts over the years to recapture the magic of the original – so far nothing has come close. With The Predator due to hit our screens in the next week (12th September) I’m going to take a look at why it’s seemingly so hard to make a good Predator film.

The original film, directed by John McTiernan, is a fairly by-the-numbers action movie that manages to be more than the sum of its parts and transcend being just another 80s Schwarzenegger flick. Predator is a monster movie, a slasher film and an action picture all in one. It should be a schlocky B-movie but in reality, it’s something that I love and have watched over and over again. In fact, when I was younger I would always prefer Predator over Aliens as my 80s sci-fi action film of choice. While my tastes may have shifted a little over the last few years, Predator remains one of the purest and most satisfying action movies that I’ve ever seen.

The story isn’t anything groundbreaking – it’s a ragtag bunch of mercenaries, each of whom has buckets of personality and bags of character, on a rescue mission into the jungle. This is no ordinary rescue mission though – as if the jungle wasn’t quite dangerous enough the group are also being stalked by an extra-terrestrial big-game hunter. It’s a simple premise but it’s executed brilliantly as the group slowly succumb to the alien menace. Predator is an action film at its core but it plays out like a horror film at times, with the party slowly being picked off one by one.

We don’t actually see the Predator itself onscreen too much, which is another nod to horror movies (and things like the original Alien film) where by showing us less of the creature our imaginations do more than the special effects budget ever could. We’re left filling in the blanks about the Predator, what it does, where it came from, and I think the mystery is something that makes it even more alluring.

Predator is a sharply written film, with some infinitely quotable lines of dialogue – and more importantly it features one of the best handshakes ever committed to film when Carl Weathers and Arnold Schwarzenegger are reunited.

This was no small-scale success either; Predator did good business with a respectable worldwide gross of $98 million in 1987 (which equates well over $200 million in today’s money).

The big question is given that Predator is such an iconic film with a great monster and at least one great character left alive at the end, why haven’t there been the sequels that it deserves?

Predator 2 sounds like a good setup on paper – we find out that the Predators are actually a race of alien big-game hunters who want to take their human hunts to the next level. Instead of landing in a remote jungle in the middle of nowhere they pitch up right in one of the busiest cities in the world, L.A., at the height of a gang war. There’s so much that you can do with a setup like that but the film ends up being a poor companion to the original. 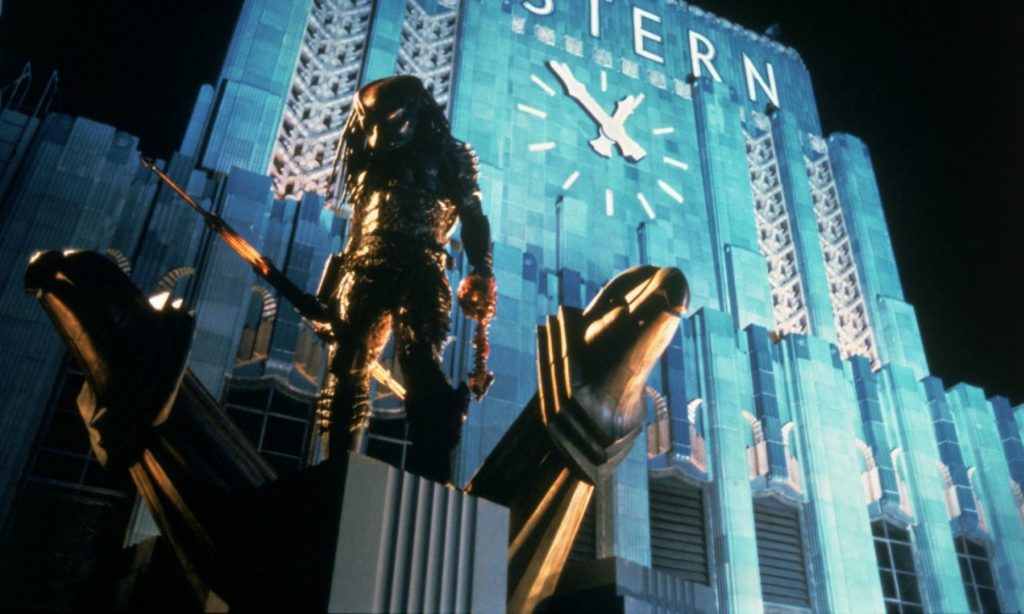 I don’t think that Predator 2 is actually a bad film; it just suffers from being a sequel first and foremost – the original is just so good that it would take something really special to even come close. The Alien franchise had to completely reinvent itself as a macho 80s action movie – Aliens made space for itself by not trying to compete with the original and doing something new. Predator 2 goes some way to trying something fresh but never fully commits – it’s essentially the same type of film in a different environment.

Danny Glover is a likeable enough lead but it’s just so hard to buy that he’s any kind of a match for the Predator given how swiftly and easily it disposed of an entire team of hardened mercenaries. Then there’s Gary Busey doing his Gary Busey thing as some government alien catcher – it’s just all a little bit strange.

The film didn’t really do well critically or commercially – it only managed to take $58 million worldwide ($111 million in today’s money), just over half the original’s haul. Not only that but the original film found a new market after it had left the theatres; sadly Predator 2 got no such renaissance and pretty much killed the character stone dead until 2004. 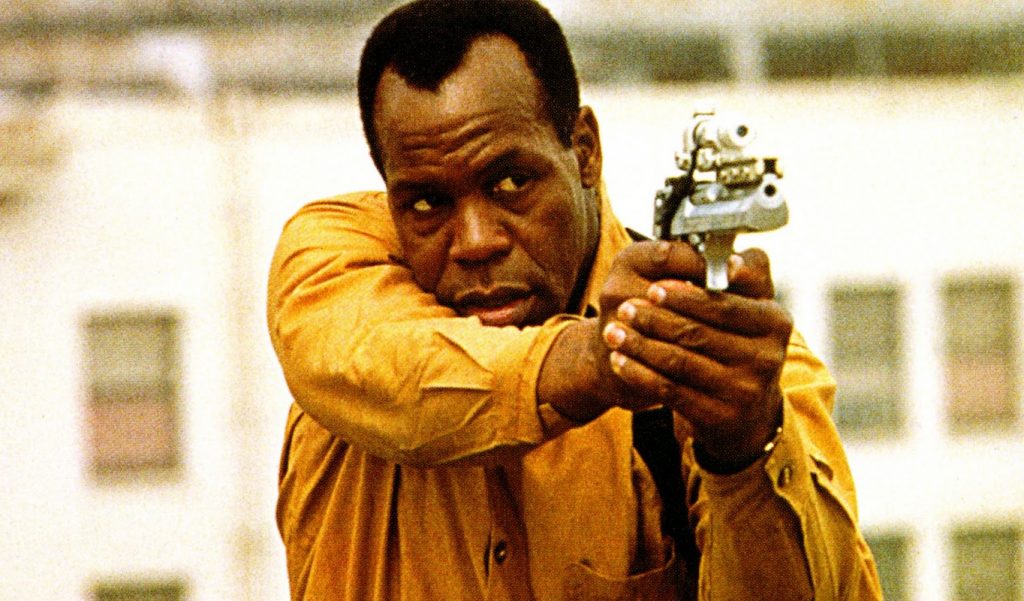 Unfortunately, when the Predator finally resurfaced it was under the watchful gaze Paul W. S. Anderson – the harbinger of terrible films in AVP: Aliens vs. Predator.

This was the face-off that people had been clamouring for for years – finally two sci-fi heavyweights together in the same film, what could possibly go wrong?

I actually quite like the original AVP: Aliens vs. Predator but it in no way feels like a Predator movie or an Aliens film. It’s two great characters that have been sanitised and made safe for a PG-13 audience; there’s none of the trademark terror or the gore that we’re used to with these films. The film is only really one notch above being a cartoon or a kids film. 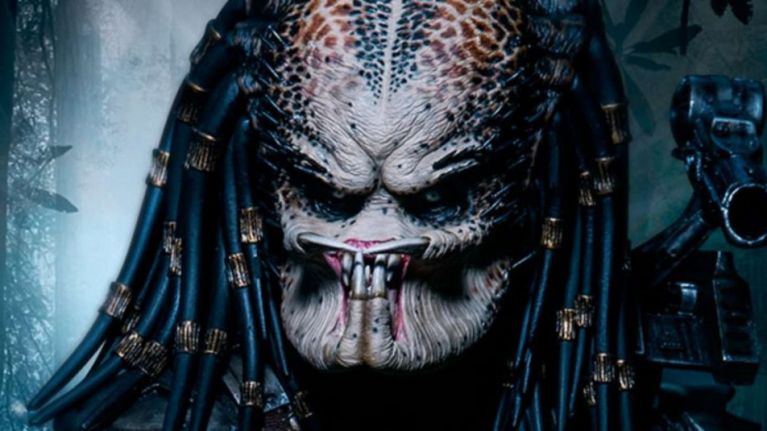 The lack of proper gore, violence or tension isn’t the only issue. The Predator ends up teaming up with the humans and spends far too much time on screen. What was once mysterious and all the scarier for it is suddenly overtly a man in a rubber suit. Thankfully the film stops short of having a Predator/human romance, but there’s a horrible feeling that it could happen at any moment. It takes what was once a truly terrifying, unstoppable killing machine and turns it into something safe and noble. It feels like the ultimate betrayal.

Then, of course, there was Aliens vs. Predator: Requiem which is an utter travesty from start to finish, the less said about which the better. We start to get the idea of Alien and Predator hybrids and a long running war between the two species. The original AVP: Aliens vs. Predator at least left some of the Aliens’ legacy intact and kept them as “the monster”; Requiem manages to defang both species.

The last time we saw the Predator onscreen was in 2010’s Predators, which I have quite a lot of time for really. It’s a twist on the original concept that sees a number of notable human badasses waking up on a mysterious planet with no memory of how they got there.

As the story unfolds we learn that nearly all of the characters are excellent killers back on Earth; the best of the best (or more accurately the worst of the worst), and they’ve been transported to provide sport on one of the Predators game reserves. It’s a nice idea that could have been really good, and I still quite like the “twist” at the end with Topher Grace’s character.

The characters just don’t have any of the personality of the original cast. I’ve been struggling to remember who did what and why – all I can remember is a lot of fairly standard stereotypes (the drug lord, the Yakuza, the mercenary – you get the picture). If you can’t buy into the humans then the film really loses its appeal.

Predators is guilty of showing us too much. We learn more and more about the creatures but the new information only serves to diminish the original movie. It turns out there’s more than one type of Predator and some are even bigger and badder than the original. It’s Jurassic World syndrome – the sight of dinosaurs is apparently no longer exciting so the park creates bigger and scarier versions. That’s exactly what the writers of Predators have done. They think that they can’t make the original creature relevant, scary or exciting anymore, so the only option is to make it bigger! 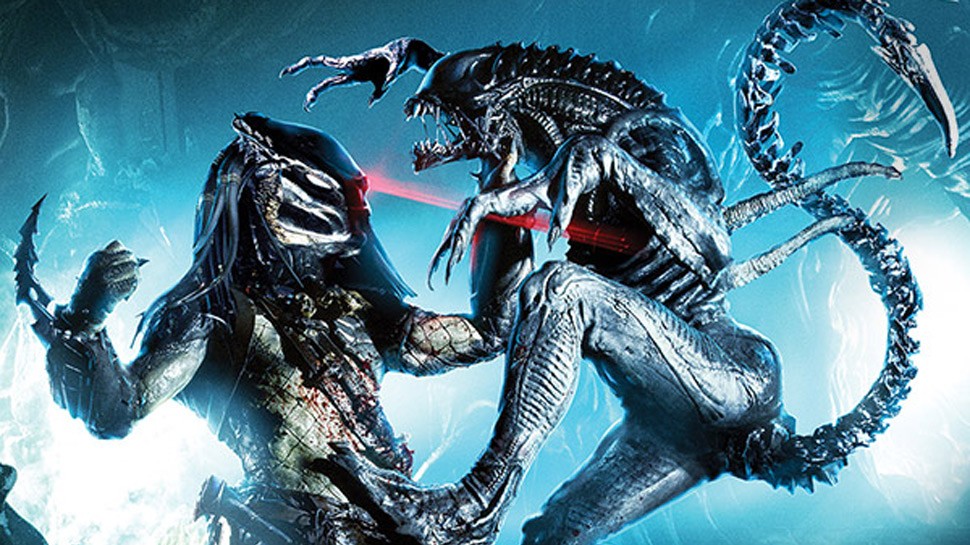 The problem is that this also opens up the opportunity for another Predator/human team up and we know how well that turns out.

What has this chequered history taught us, then, and just how is The Predator going to do things differently?

Well first of all the most important thing is to make the Predator scary again; make it an unstoppable force and not something that’s likely to team up with the humans at any point. The original film is so good because the Predator came from nowhere and it destroyed everything in its path. It was a real and palpable threat and at times it was hard to see how anyone could ever make it out of that jungle. 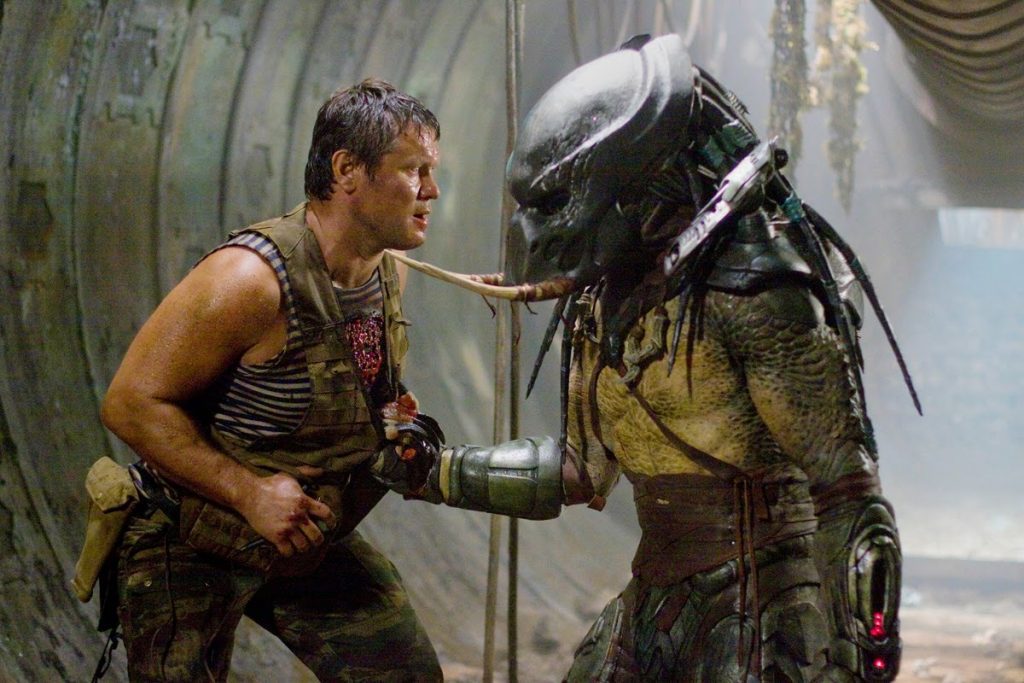 The trailer for The Predator seems to suggest that we are going to see a bigger and badder Predator than ever before, and that worries me a little bit. I don’t subscribe to the theory that you can make a monster better by just making it bigger and more powerful than before. I think if it is handled properly then it could work, rather than “if you thought that was scary check out this guy!”.

One of the greatest strengths of the original is the cast – each of the characters is memorable. They may not get lots of screen time to develop but everything is done so economically and efficiently that within a few minutes we know everything we need to about each of them. I think that if The Predator is going to get the franchise back on track then it’s going to need some real characters to go up against the monster.

None of the other Predator movies has had a script that is anywhere near as sharp as the original. There’s not really an ounce of fat on it – it moves with such efficiency and pace and the dialogue is brilliantly written. This is one area where I’m actually quite confident about The Predator – as long as you have Shane Black on board then you’re pretty much guaranteed a great script. Iron Man 3, The Last Boy Scout, The Nice Guys, and Kiss Kiss, Bang Bang are all fantastic movies with one thing in common – sharp and snappy dialogue. Black is a director who knows how to pace a film and how to get the most out of his characters. I’m really excited to see what he has come up with (after all he did star in the original Predator film).