Fox’s new multi-cam sitcom Rel is a mostly unfunny disappointment, but it has potential in its leading man and willingness to change up the tone.

Fox’s new multi-cam sitcom Rel is a mostly unfunny disappointment, but it has potential in its leading man and willingness to change up the tone.

Heavily burdened by a grating studio audience, a familiar setup and some played-out scenarios, Rel is, so far at least, something of a disappointment. Created by Lil Rel Howery with Carmichael Show veterans Josh Rabinowitz and Kevin Barnett, it’s a multi-cam sitcom that brings few laughs and a lot of familiarity.

Howery, perhaps unsurprisingly, plays Rel, a Chicago nurse whose wife has just had an affair with his barber (or, as he puts it, his “hair confidante”) and swanned off to Cleveland with his kids and most of the furniture. Down in the dumps about this, he looks for support in his long-time best friend Brittany (Jessica Moore) and brother Nat (Jordan L. Jones); I like that the former relationship is purely platonic, while the latter rings a few funny-ish gags out of Nat’s recent release from prison for selling what he insists was ecstasy but what everyone else refers to as crack.

Also present are Rel and Nat’s judgemental father (Sinbad) and a heavily made-up preacher (also played by Rel) who shows up to dispense divine judgement on Rel’s circumstances in an extended sequence (and a post-pilot stinger) that didn’t work at all and that I sincerely hope the show won’t keep returning to.

But I do like Howery as an understated leading man, and he can slip back and forth between tones and genres very easily. He’s mostly a comedic straight-man for various outlandish caricatures, but when called upon he can venture believably into dramatic territory, such as in a late scene when he confronts the offending, heavily-muscled barber that is played for almost no laughs at all. 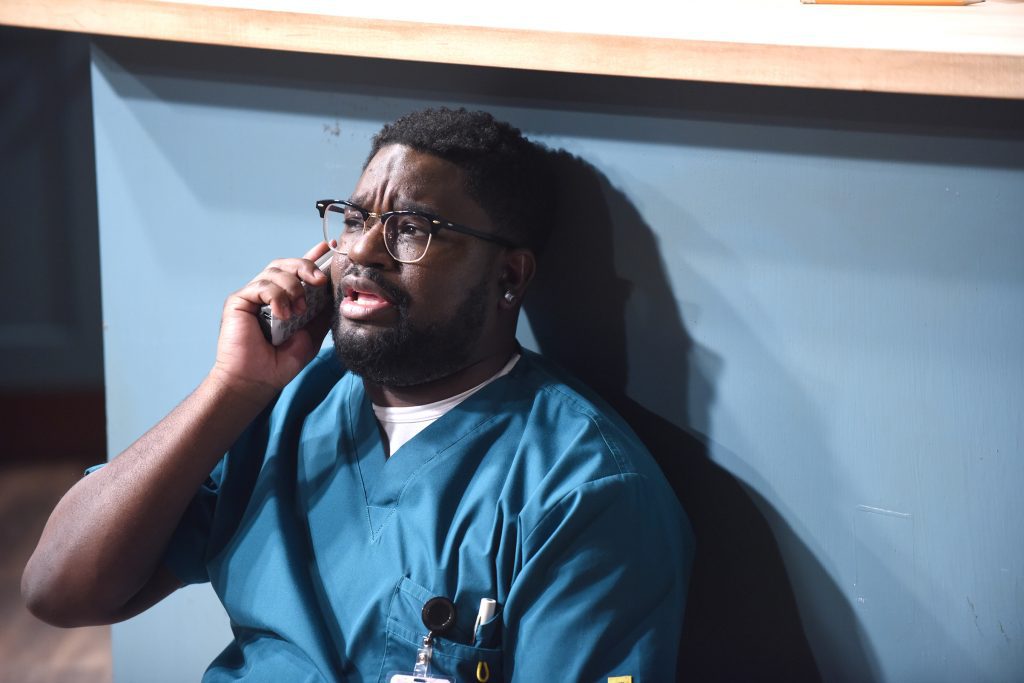 In a sense that’s Rel’s greatest achievement but also its most persistent problem; in trying to establish an authentically diverse rhythm and rapport, it either so feels so serious that isn’t funny or so pleading that it can’t be taken seriously. There’s a lot of chemistry between the cast, but they’re doing things we’ve seen in countless similar shows before, and being unjustly rewarded for it by an absurdly eager studio audience that treats every line as though it’s a masterpiece of wit when really it’s just a played-out cliché. (The opening scene is the worst offender in this regard, but there are a bunch throughout.)

It doesn’t help that the pilot relies on a couple of running jokes that get less funny with each repetition but somehow elicit a stronger reaction from the audience each time – one, about a woman who wears loose boots, was kind of funny once and then swiftly became aggravating (there’s an entire plot point built on this), and another, about Rel’s father being constantly disapproving of his sadsack life, felt as though it was desperately trying to make a point that each time it cropped up it got further away from.

It wasn’t a great pilot, is all I’m saying. But there’s a strong ensemble cast here who work well together, and the opportunity is there for a multi-cam sitcom that really challenges expectations and delivers something contemporary and fresh. The pilot wasn’t it, but in a few more episodes Rel might have found out what it’s trying to be.