Last Hope Part 1 is decent-enough robot-punching fun, but its lack of originality makes it difficult to latch onto.

Last Hope Part 1 is decent-enough robot-punching fun, but its lack of originality makes it difficult to latch onto.

Debuting worldwide on Netflix today after having done the rounds in Japan since late March, Last Hope Part 1 delivers thirteen half-hour episodes of the usual robots vs. monsters madness. A Japanese-Chinese anime series created and directed by Sh?ji Kawamori, it’s nothing you haven’t seen before, but it’s breezy and action-packed enough to offset some of that familiarity.

It’s the future again, and as explained by an introductory voiceover, humanity’s hungry gobbling of resources put them in drastic need of revolutionary, renewable energy. Enter the Quantum Reactor, the brainchild of brilliant boffin Leon Lau (Tomoaki Maeno) – the titular last hope for humanity. Needless to say it went haywire and cooked the atmosphere, resulting in bizarre evolutionary changes and rapid amalgamation of the biological and the mechanical. The resulting hybrids, known as the B.R.A.I., drove humanity to near-extinction.

Leon is living in exile with his non-biological “sister”, Chloe (Nao T?yama), and rigorously applying a scientific approach to every aspect of his life – and experiencing mixed results. Last Hope Part 1 is the kind of cautionary sci-fi that lets you know this is the future by having almost everyone speak in mouthfuls of overwrought technobabble, which gets grating early on and never really lets up. 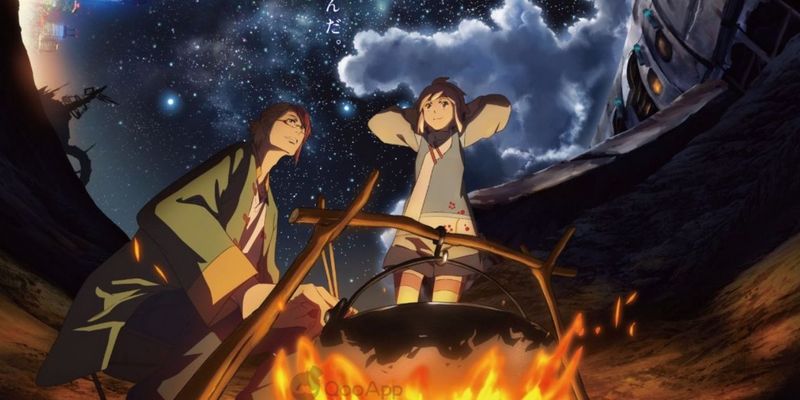 A lot of this stuff you’ve seen before. The backdrop of ecological ruin is nothing new, and neither is the fusion of organic and synthetic for nefarious purposes. The giant mechs within which humanity fight against the B.R.A.I do the whole Transformers bit of morphing from skating bipeds to motorcycles and back again, and the pilots miming their actions from a neon-lit cockpit is very Pacific Rim. And you have the usual anime stalwarts of precocious young girls, women with giant t**s, gruff men doing a lot of swearing and weirdly discordant slapstick humour.

You’ll know better than I do whether Last Hope Part 1 is for you, then. You can’t fault it for pace, and it wrings a lot of imagination out of its creature designs, even if plot-wise it’s noticeably lacking. Humanity being evolutionarily outpaced by the B.R.A.I. is a functional dramatic ticking-clock, and it’s very difficult to dislike a show about robots punching monsters, just on principle. But there are better versions of such things, and Last Hope Part 1 doesn’t do enough to differentiate itself from its peers, even if it is probably worth a look.