A family’s beloved matriarch dies after a long illness, leaving a struggling widower and four children… who then sense that she might not be gone after all.

A family’s beloved matriarch dies after a long illness, leaving a struggling widower and four children… who then sense that she might not be gone after all.

If you’re an ignorant Westerner like me, the title might lead you to expect a tongue-in-cheek film like Satan’s Cheerleaders, or a remake of Norman Warren’s Satan’s Slave from 1976. But no, this is a film from Indonesian director Joko Anwar, which revisits a feature of the same name from his own country made in 1982.

The story is set in 1981, and follows a family who used to be financially comfortable but not any more: the mother (Ayu Laksmi) had been a popular singer, but her works no longer bring home royalties; she had been steadily getting more unwell over the last three years and all the family’s savings went into her treatment. Now sadly the mother dies, and the father (Bront Palarae) goes away to find work, leaving the four kids to look after each other for a little while. Almost straight away, the four (two grown up, one teen and one nearly seven) start to experience strange sights and incidents, leading them to think their mother might not be completely gone, and these experiences swiftly become dangerous. The oldest, Rini (Tara Basro), makes a couple of new friends who also find themselves at risk. 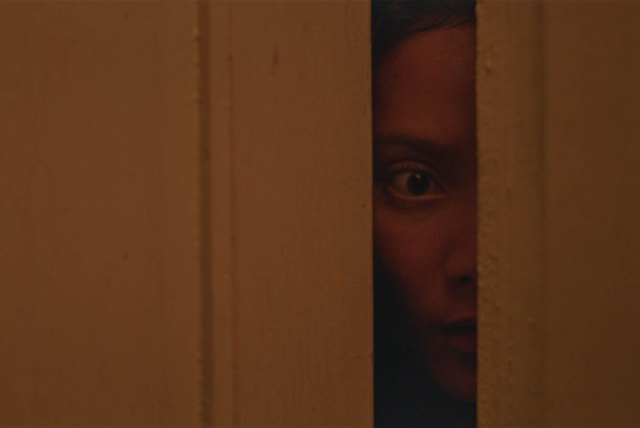 Rini – as the oldest – takes the lead in this story as she tries to both protect her siblings and work out what is going on. Their family is rationalist by nature, which they struggle with in the face of what appears to be a haunting. Both Rini and Tony (Endy Arfian), the next oldest, address their family background and the validity of local superstitions with some seriousness; which takes the film into the realm of satanic cults, deals with the devil, spooky family legacy, undead that won’t let go… You get the picture.

Satan’s Slaves encompasses many Indonesian folk themes, as well as horror subjects which will be familiar to Western viewers. Apparently, the original film from 1982 (directed by Sisworo Gautama Putra) was an Indonesian version of Phantasm, though in watching the new film, I confess I thankfully cannot see any signs of Phantasm at all. I can, however, see more than just glimpses of Hereditary, Rosemary’s Baby, Ring and plenty of family-oppressed-by-spirits films that are too ingrained in my film-consciousness to name individually. That said, I didn’t mind at all (well, except that the image of a dead person with long, black hair rising out of a well yanked me out of Indonesia and into Japan for a few seconds), because Satan’s Slaves somehow managed to be its own film. 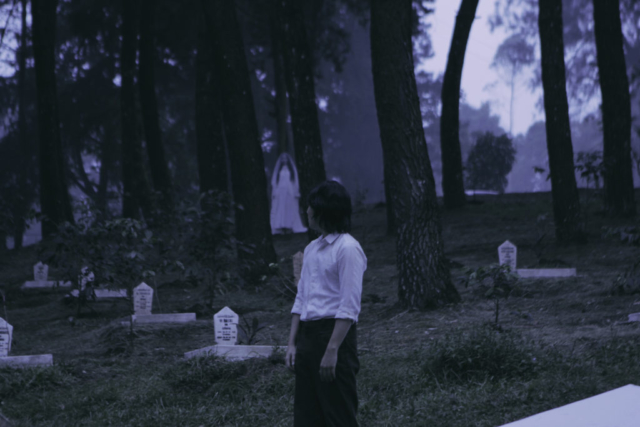 The cast plays their roles sublimely well, especially the four siblings. Creepy children are a staple in successfully spooky horror films and we have two terrific ones here in Bondi (Nasar Annuz) and Ian (M. Adhiyat), the youngest. Bondi is clearly torn between being treated like a kid and not being quite young enough to see things the way Ian does anymore, both of which he resents. Some have said Tara Basro looks a little too like the archetypal Asian female horror figure (some even citing Sadako from Ring), but I disagree: she made Rini a unique blend of modesty and strength that this role needed. And Endy Arfian: his was not a light role, but his character Tony found a purpose in bringing humour to the family and helping them lighten up a little about their situation; then – when the time was right – gave moral support to Rini’s leadership.

As well as the superb acting, the production and cinematography are a beauty to behold; reminding me at times of Derek Nguyen’s The Housemaid (2016). Every scene was carefully laid out and presented without haste, whether a funeral or a game of hide and seek (below). The use of shapes and shadows was subtle and sinister, not unlike in Hereditary. The house (“Grandma’s home”) was carefully chosen to produce just the right atmosphere, and it works. And the music! There was a recurring theme (Kelam Malam beautifully sung by Aimee Sarah) to represent the mother’s legacy; though there was an unnecessary cliche added to that song when Rini found an extra groove in the record. Music, in general, was applied well; only slightly dramatic at times, but only as much as the script demanded. 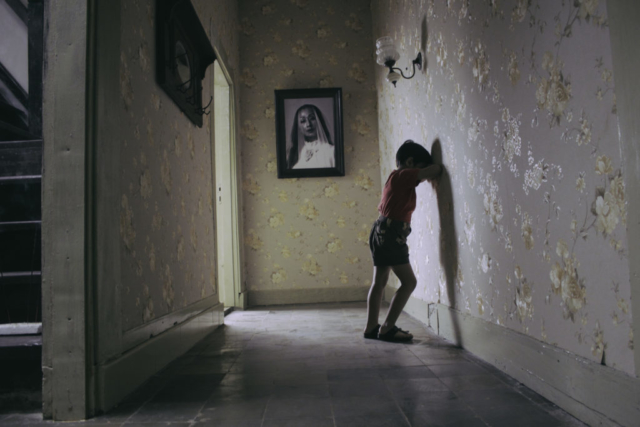 Joko Anwar’s direction is precise, affectionate… and just plain lovely. Apparently, he was a major fan of the original film when younger and this new Satan’s Slaves is very clearly a labour of love. He allows us time to get to know all the characters, understand their struggle with superstition and their new reality. We spend time with each of them individually and in pairs so that the intricacy of each person’s character is exposed: I could believe that these were family members that Anwar himself had grown up with.  This is his seventh feature film, but his first which is horror “proper”; though there have been others which have come close, such as Modus Anomali (AKA Ritual), which is available on Amazon Prime. Satan’s Slaves is damn creepy; so not only do I feel sympathy for everyone’s experiences in the film, but I can also declare Anwar is truly a horror film director.

I would wholeheartedly recommend Satan’s Slaves to any horror film lover, especially those who wish to broaden their global viewing. It was a top grossing film in Indonesia last year, and it is easy to see why: although there may be many unoriginal elements, it is extremely well made with a believable family at its heart; it demonstrates what great talent can be found in Indonesian film-making. If you don’t get the chance to see it on the big screen (what a treat!), do catch it on Shudder: a week’s trial costs nothing.