The naive, suburban Carter family decide to drive off the beaten path into the desert hills, only to discover those hills… have eyes. And those eyes belong to a clan of nearly primitive people who’ve decided to have the Carters for dinner.

The naive, suburban Carter family decide to drive off the beaten path into the desert hills, only to discover those hills… have eyes. And those eyes belong to a clan of nearly primitive people who’ve decided to have the Carters for dinner.

Following The Last House on the Left, his shocking gore-fest of a debut, Wes Craven decided to never make another horror movie again. But that didn’t work out, so he wrote and directed this film. The Hills Have Eyes is about a stupid bunch of WASPs who boldly decide to drive into the middle of the desert in search of an abandoned silver mine. Now, it’s not that I was rooting for the cannibals to kill and eat the Carters, I’m saying I understand it. I can almost even get behind it–they’re a bunch of morons.

But that’s one sign of a great writer, let alone a filmmaker. While I absolutely abhor The Texas Chain Saw Massacre in just about every way I can, Wes Craven has penned a film that feels uncannily familiar to Tobe Hooper’s cult classic. And one I like much better. The premise is the same: a bunch of annoying, repressed idiots stumble into the waiting cookpots of a cannibal clan. The two films share a production designer (who reused props from The Texas Chain Saw Massacre in this one). Gunnar Hansen (the original Leatherface) was offered a part here. There’s even the same gas station that acts as bait for unsuspecting fools to fall into. Somehow, Hills feels tighter and more well-crafted, though it shares significant aesthetic flavour and has a slightly longer running time. I found each and every character in Texas utterly intolerable, while at least here I could sympathize with the bumbling nature of the Carters. 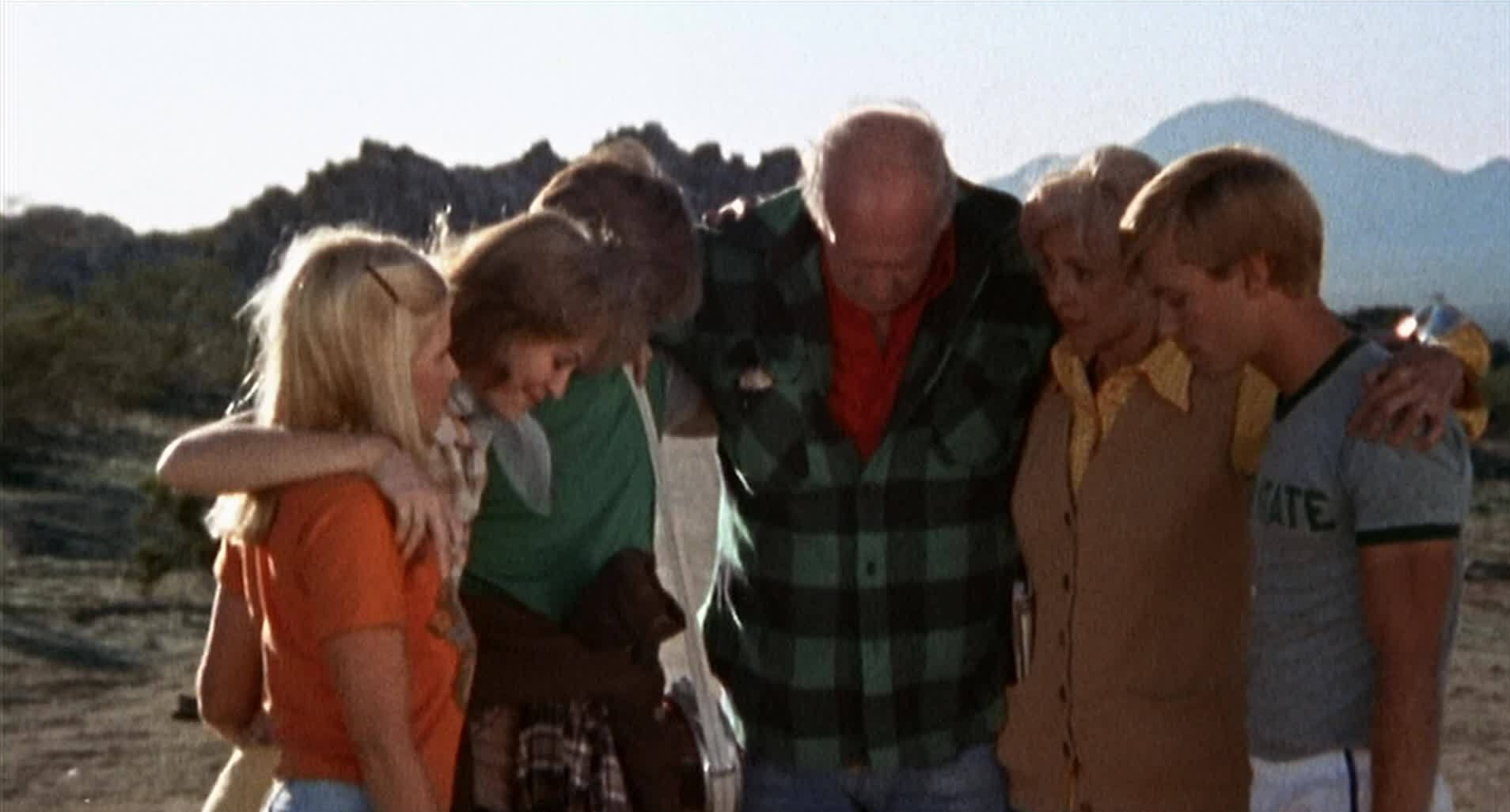 Weirdly, the Carters epitomize Middle American repression and the worst of its values. At Brenda Carter’s (Susan Lanier) insistence, they play at prayer, when moments before patriarch Big Bob Carter (Russ Grieve) has literally been cursing the very existence of his entire family, including their infant granddaughter. Papa purposefully thumbed his nose at the archetypal soothsayer of doom, Fred (John Steadman), who told them that if they strayed from the main road they’d die. But unlike Crazy Ralph in Friday the 13th, he doesn’t spout random lines about a death curse but tells them specifically what will happen to them if they forge ahead. Regardless, as upper-middle-class white men in film do, Big Bob bull-headedly knows best, doing what he pleases, damning his family as a result. 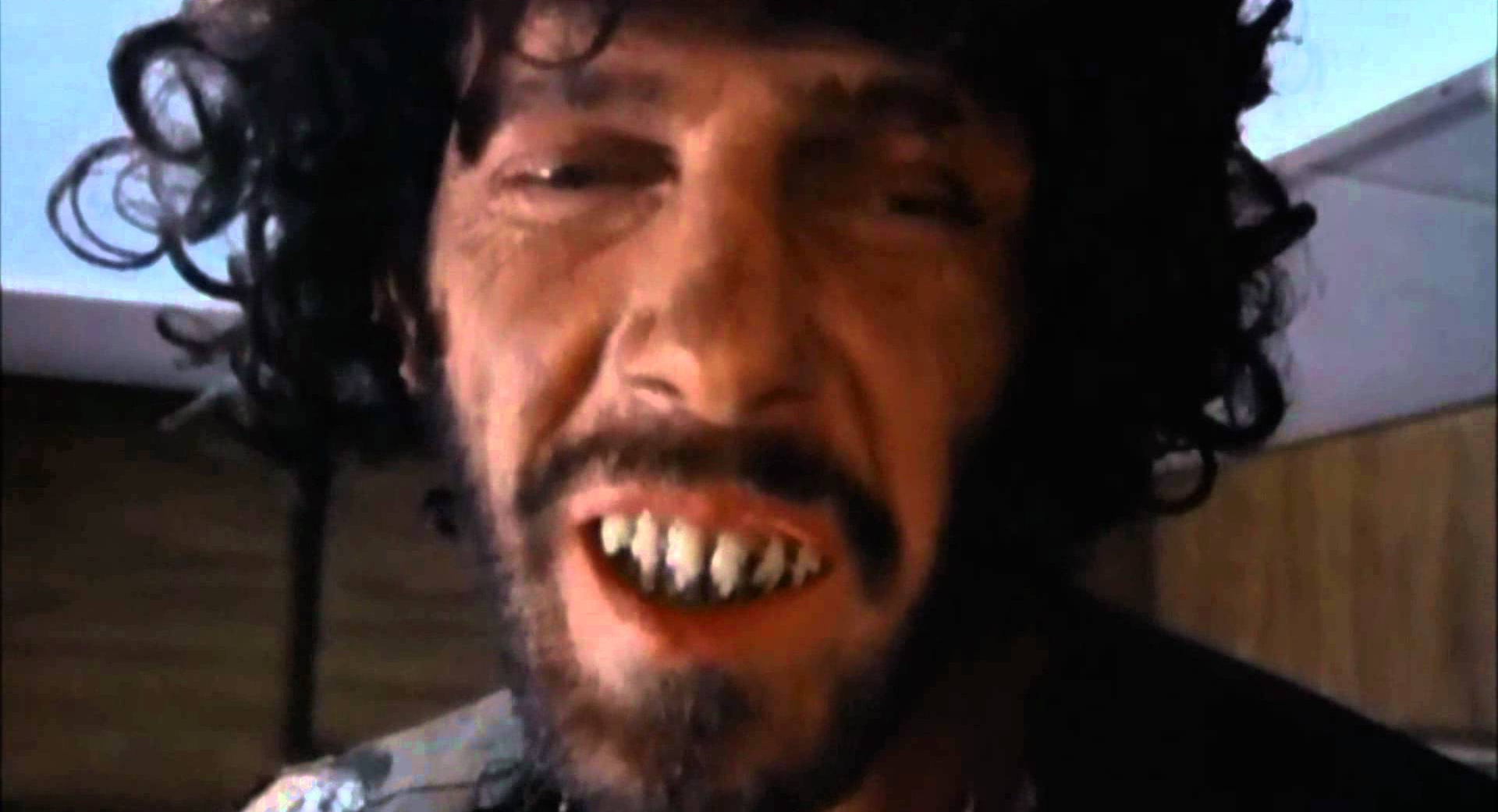 They then encounter the Hill people, savage cannibals who live in the desert and are determined to terrorize and torment the Carters in every way possible. They rape one of the daughters, crucify and burn Big Bob alive, eat parts of Big Bob, and make off with the baby (thank goodness they don’t eat her!). They’re wholly brutal, and done up in animal hides, dirty faces, horrid teeth, some decent prosthetics, and they have Michael Berryman (a classic horror bad guy) to boot. This juxtaposition of the passive-aggressive, white bread Cleveland natives and the filthy desert-dwelling savages should make people ask, much like zombie movies do, who are the savages? 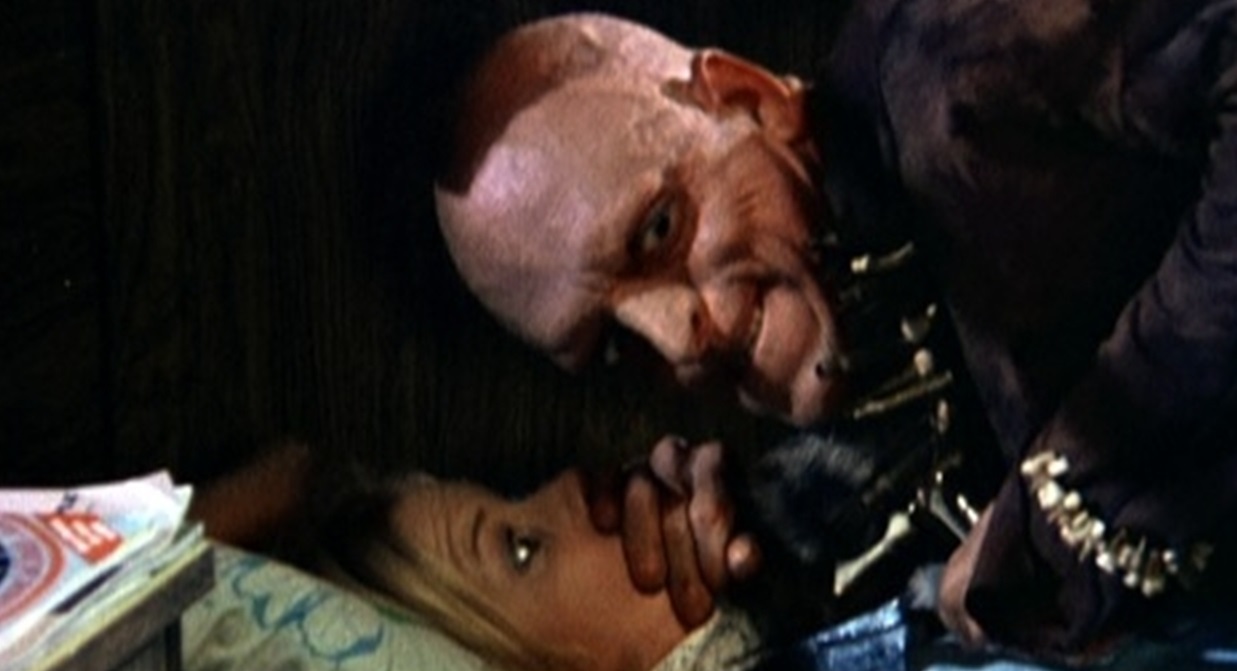 The Hills Have Eyes is a shocking piece of terror, not shying away from the genuine fear that suburbia feels when it strays off the civilized path (especially in a pre-GPS time). In that way, it taps into that nearly-extinct part of the collective unconscious: the fear of being lost. I critique the premise of the cannibal-hill people clan as urban (or is it rural?) legend. They’re just a bit too caricaturish for me, at times. But then again, so are the Carters. And so, maybe, are we.