Derren Brown: Sacrifice is a fantastic piece of work, with the illusionist providing a very important message which will resonate with viewers.

Derren Brown: Sacrifice is a fantastic piece of work, with the illusionist providing a very important message which will resonate with viewers.

Derren Brown is the enigma of our time, regardless if you endorse his variety of work. It’s easy to be cynical with his archives of trickery, but it’s hard to deny his showmanship that taps into pure human psychology. Netflix’s Derren Brown: Sacrifice bares an objective that I thought was too far-reaching for the illusionist to a breathtaking degree.

Derren Brown’s latest project was to convince a selected participant to take a bullet from someone they did not know; however, this participant was carefully selected to be uniquely difficult. He picked a man who is American, politically narrow-minded and had discriminatory feelings against immigrants. The political angle is obvious, especially in the Trump era we reside in. Derren Brown: Sacrifice attempts to achieve a common understanding during a confusing, aggressive political time.

Regardless of whether Derren Brown achieves his mission (which you will find out) to convert a suspiciously racist man into a hero for all cultures, there are specific messages in Sacrifice that really hits home. Especially if you are passionate about changing the ideas of those who discriminate against others for being different. 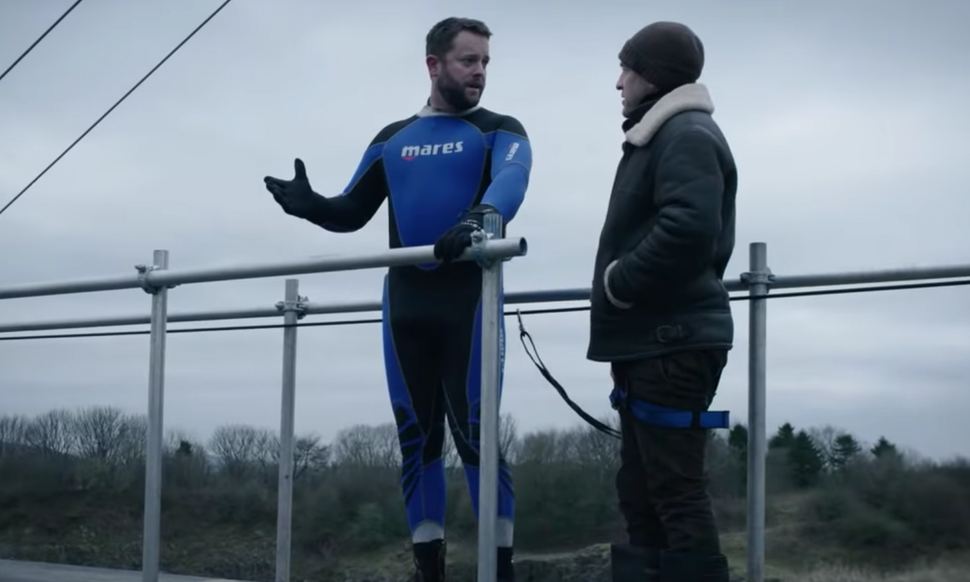 Derren Brown plants a fake chip in his participant and links it to a mobile application that makes him believe that his brain function will make desired changes; for example, ridding the phobia of heights. Derren Brown uses the chip and a consistent mobile sound as a method of constant suggestions. If you are aware of his work then this will seem nothing new, but this was only the start.

Derren Brown did the one thing that would horrify any person with stubborn, narrow views. He collected the participant’s DNA to understand the origin of his genes. Unsurprisingly the man was less American than he thought to a staggering level, making him wince when he understood that he was part-Mexican. This leads to a rather emotional moment later on that made me question the motive of racism; the instinct to defend ourselves from outsiders.

Why is it that we have to go to such lengths to make people understand that their views are unforgivably wrong and unevolved? Derren Brown: Sacrifice plants fake chips, plants thousands of subliminal messages, and puts the participant into a high-pressure situation so he stands in front of a gun in order to make him understand and evaluate his undesirable beliefs. Surely we needn’t be this extreme?

I almost felt sorry for the man, as his entire ideology was dismantled and remodelled by Derren Brown piece by piece. Derren Brown: Sacrifice is not his usual type of magic; he is using his methods to deliver an impactful message, a signal to our current society that seems eager to rip everyone apart. Derren Brown: Sacrifice is not good for the unaware heart. The ending scenes are incredibly stressful, as you learn if the final moments play into Derren’s hands. The magician has delivered another memorable feature, and this time the results will resonate far further.

Check out our Netflix coverage