Parallel is another clever and thought-provoking “what if” story from Mexican director Isaac Ezban. His first English-language feature, Parallel’s UK premiere was held at the Frightfest’s Halloween event.

Parallel is another clever and thought-provoking “what if” story from Mexican director Isaac Ezban. His first English-language feature, Parallel’s UK premiere was held at the Frightfest’s Halloween event.

In this new film from director Isaac Ezban, parallel universes exist and four friends happen upon a method of visiting them. At least they’re friends at the start of the film; as Parallel progresses, the consequences of their discovery steadily come between them, as each person fixes on their own agenda.

Parallel is a science-fiction film, of course, and it is also a cautionary tale (as many sci-fi films are) and a drama about the fragility of friendships. It has parallels (if you like) with Project Almanac, though in this case, the device they find takes them to different versions of now, rather than different times. The friends have to find out the parameters of this tool, as well as how to make it work for them… And that’s what causes things to come apart. 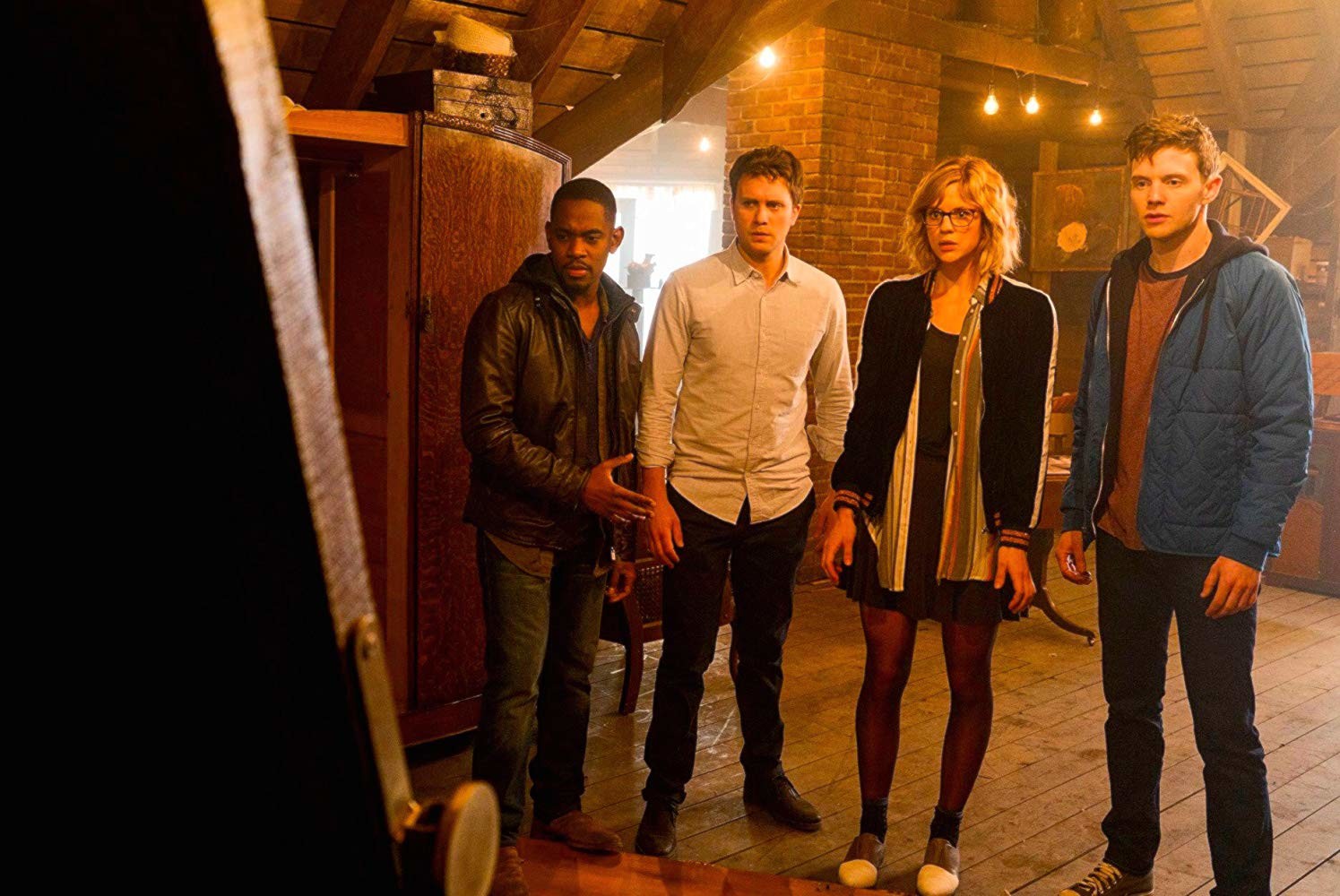 Project Almanac‘s protagonists were students; in Parallel, they are a little older, more worldly-wise, and very intelligent, each bringing individual strengths and skills to an energetic tech start-up business. Once they find the portal, the writer, Scott Blaszak, focuses his attention on their weaknesses, rather than their strengths: weaknesses are the stuff of tragedy, after all. The group is made up of Noel (Martin Wallström), who sees the potential to make money from their discovery; Devin (Aml Ameen), who is led by conscience; Leena (Georgia King), whose artistic ambitions confuse her judgement; and – my favourite – Josh (Mark O’Brien), who isn’t as keen on growing up as the others. The characters take on extra nuances and depth, though, when other versions are introduced to the story, from the parallel universes.

The device in Parallel takes the form of a tall, traditional-looking mirror, hidden away in a secret area of the gang’s rented house. (There are rumours about the house’s previous occupant, who we see first in a chilling prologue.) The special effects of the mirror are simple, though effective; what adds to the effect is a subtle-yet-sharp change to the lighting, cinematography and sound when the camera shows us a view of an alternative world. It’s a little uncomfortable at first, and that just helps us feel for the characters who are experiencing that difference themselves.

Parallel is Ezban’s third film, the first English-language one and the first with another writer. It’s different to the other two films (The Incident and The Similars, both on Netflix) in some other respects too: this one has significantly more detail to both its plot and characters; and it has a more lively, colourful style, fast-paced at times, though only when that makes sense within the script. The pacing is actually very varied (much more so than the other two films), with some time taken to examine motivations particularly. 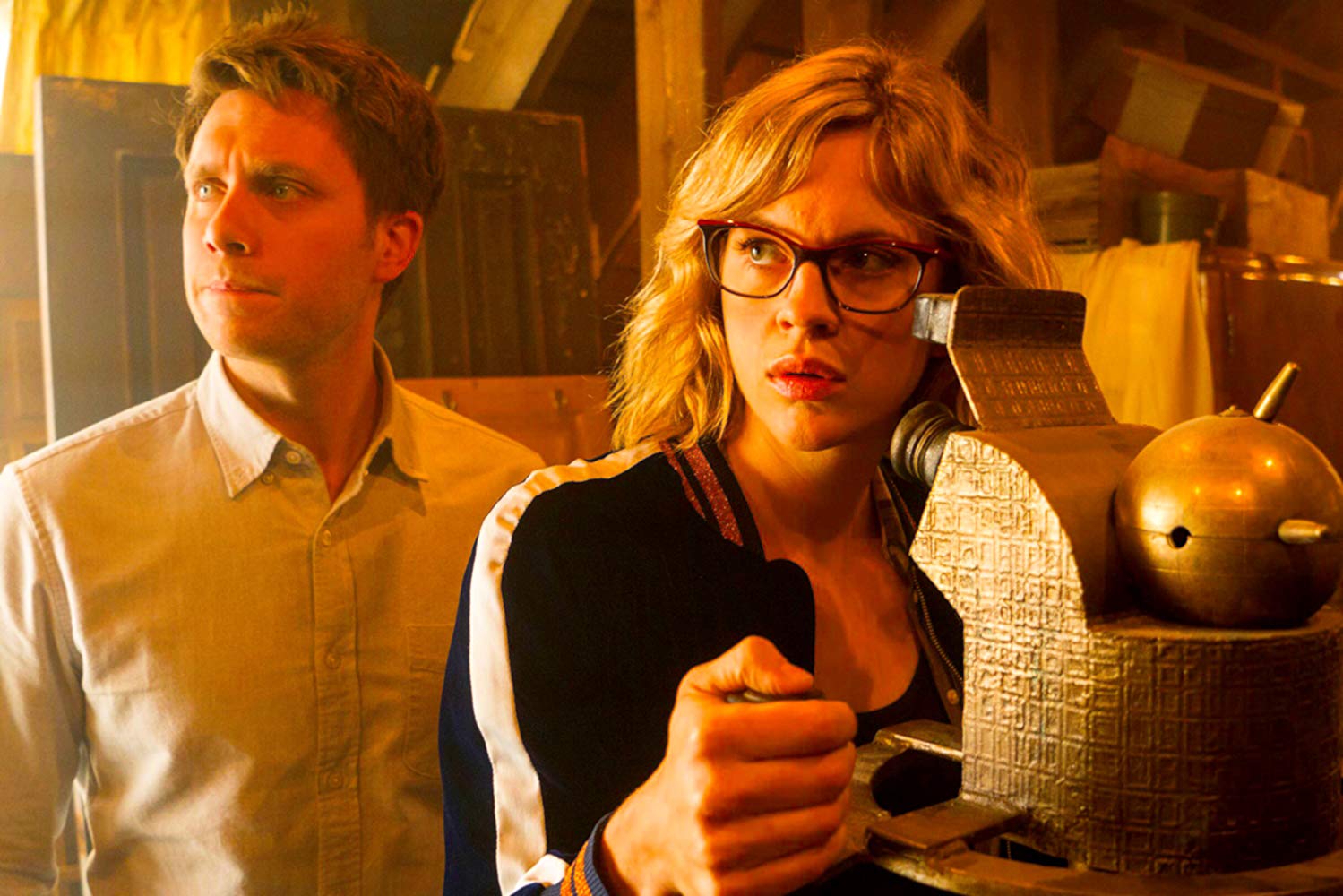 The motivations do get you wondering what would you really do with the facility to visit other nows. Would you find someone you’d lost, find a universe where you hadn’t made a certain mistake, or just take advantage of having a double? The scope of the story itself is something to think about too, though, and this is apparently something Ezban deliberately kept ambiguous. Where the mirror came from is a mystery: could it be some universe that’s never mentioned? So is the one we watch in the film the “main” universe; or is there some other one, where people are more in control. If a person gets hurt in an alternative universe, is it really him, or “just a copy”? Does it matter?

I do hope this new English-language film brings Ezban wider recognition as a director. This is Scott Blaszak’s first feature as writer, and a very impressive debut it is too. Character, plot details, pacing and occasional sudden changes in tone are all worthy of a more experienced writer. Perhaps he was inspired by the idea of an alternative Scott Blaszak who already had lots more work under his belt. Look out for Parallel, and watch it when you can. Then I’d recommend watching it again, to catch details and clues you might have missed.