Home » RSC Originals » Features » Who should be the new Jack Reacher?

Who should be the new Jack Reacher?

Who should be the new Jack Reacher?

With the news that Tom Cruise is going to be replaced as Jack Reacher, the question comes up: who should take his place?

Here’s a brief description of Jack:

With these descriptions, we know the type of physical appearance we need. Tom Cruise was questioned as the choice because of his height, and with all the reinventing of characters like The Doctor and James Bond, we are going to make a few picks that fit this general look, while also thinking outside the box and given the pros and cons to each choice. I am thinking we need to select a person who would be available to do at least a trilogy of movies, too. 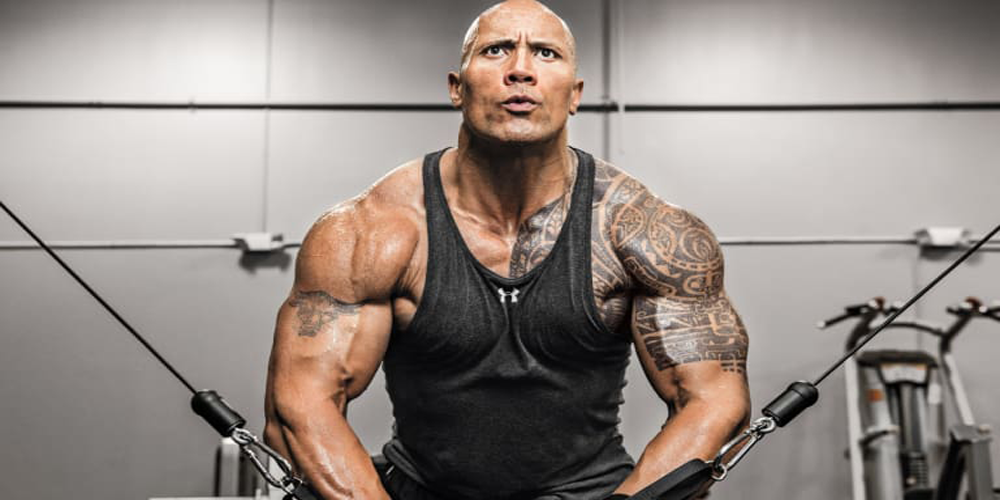 Dwayne Johnson was one of the first names on the shortlist when the films were first put into motion due to his pure physical size, which could easily give us the look for Jack. He has continued to show that he is a Box Office heavyweight where, in 2017, he starred in two of the top five highest grossing movies worldwide: The Fate of the Furious and Jumanji Welcome to the Jungle. He does have worldwide appeal with films like Rampage and Skyscraper making a combined $730 million. We know he can handle combat in films too, so on the outside he is the polished pick. The biggest thing Dwayne needs is his own franchise; you look at three of the biggest action stars in history, Bruce Willis has Die Hard, Arnold Schwarzenegger had Terminator and Sylvester Stallone has Rambo and Rocky. This could easily be the franchise for him to call his own.

The weakness about selecting Dwayne Johnson would be his star appeal. He is arguably one of the most in-demand actors in Hollywood today, he makes 3-4 movies a year, and tying him down to a new franchise is always going to be difficult. The other weakness would be that he might be considered slightly too nice for this sort of role. 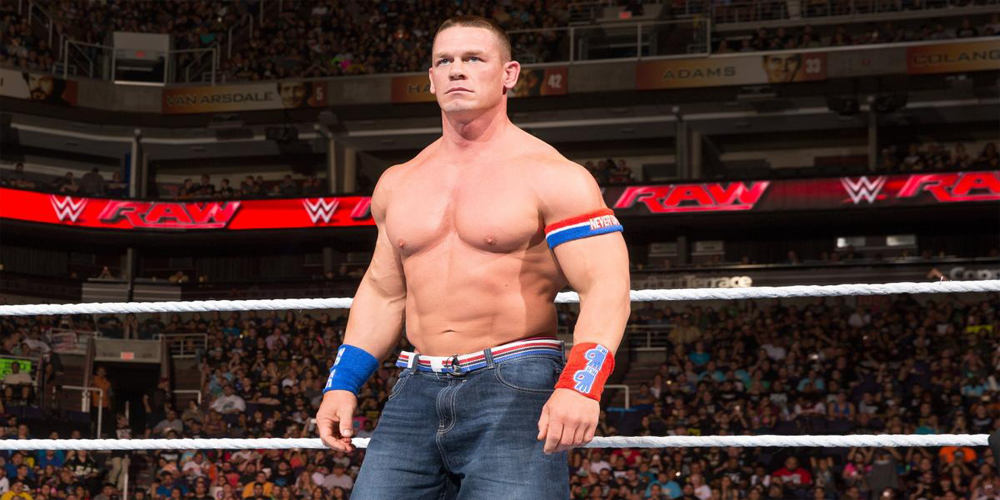 John Cena is the second of three actors with wrestling backgrounds that I have selected. He is making his early footsteps into the acting world and getting positive reviews, and the man looks like a soldier, which would make him a great choice. The second reason to select him would be that he is waiting for a true starring role, which this could offer, and from a financial point of view for any studio, he would be one of the more affordable options.

The weakness for Cena would be that he isn’t proven in a leading role, which would make it a risk to select him, and his height leaves him 5 inches shorter than the required image. 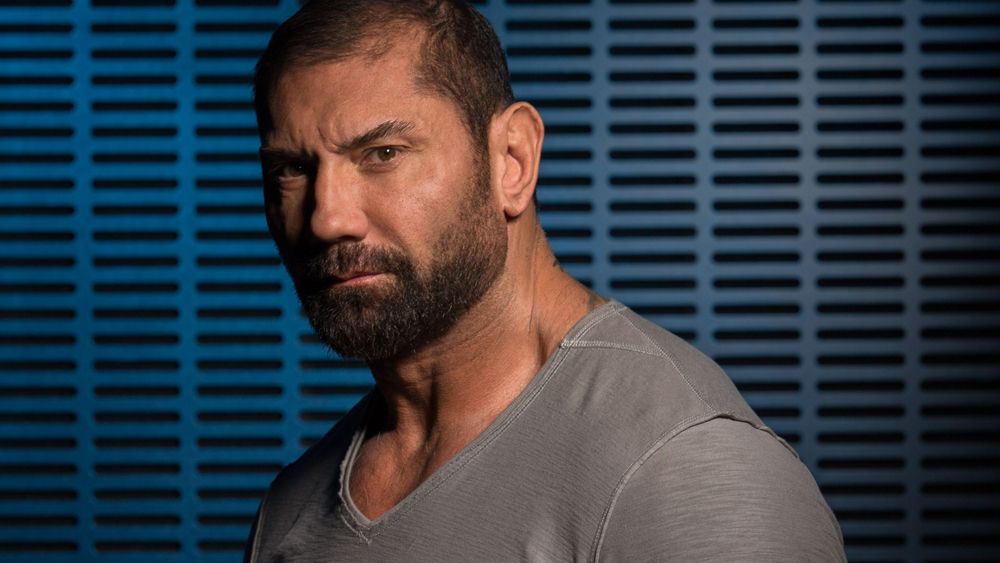 Dave Bautista, Drax himself, is the final former wrestler I have selected. Now, this is most likely the weakest of all of my picks, but hear me out. Dave is an actor that is passionate about his projects, he can handle the action films, and with the big productions he has been part of he has improved drastically over the past couple of years. He would be good in the combat scenes which is a big part of this character.

His weaknesses come from his delivery; he has never felt like an actor that could give any sort of long speech. While he is passionate about his projects, it can boil over on social media if he gets upset, which we saw with the whole James Gunn Guardians of the Galaxy issues earlier this year, so from the PR side of things he might be a risk. 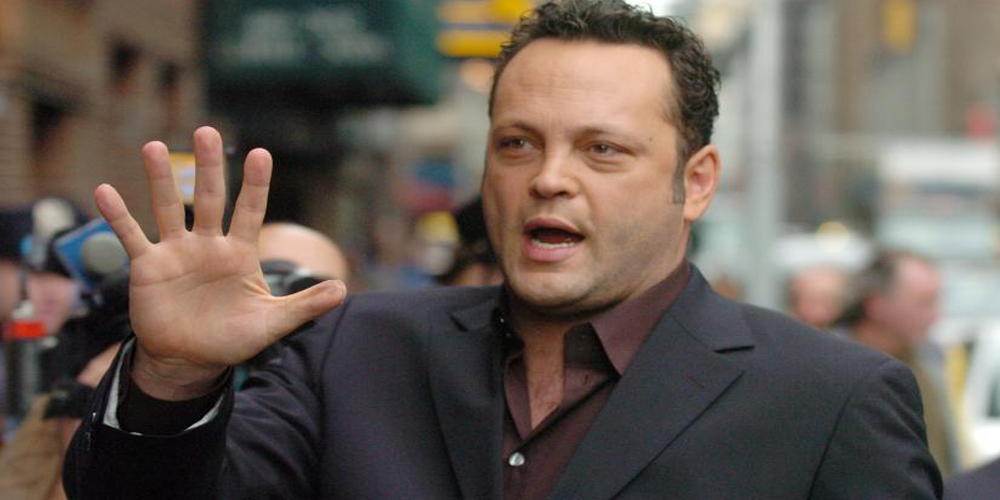 Vince Vaughn has spent a career as a funny man, and whether you find him funny or not, he is a tall, physical presence on camera. A couple of years ago I wouldn’t have even suggested Vince, then we saw his performances in True Detective Season Two and Brawl in Cell Block 99; these two performances showed us how he can handle serious performance, and have a fighting attitude needed.

The negatives about this pick would come from people only seeing him as the funny man, not wanting to take him seriously, and while he is a tall guy he would need to get into a physical shape for this role, as he is lacking the muscles the other suggestion might offer up. 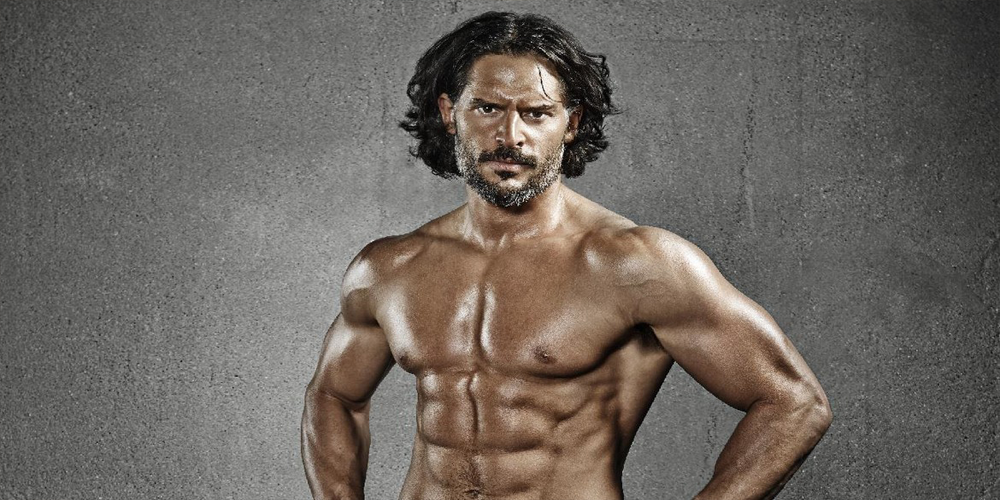 Joe Manganiello is an actor that seems to have a filmography of military figures, cast as Deathstroke to top this off. He would offer the look needed for this role and this could bring a new name to the main spotlight which could be interesting for the film itself.

The weaknesses are simple: he hasn’t ever been the leading man, while the Deathstroke solo movie could be his first chance, it would be a gamble to give him two major franchise figures, because we have seen this be a career killer in the past. 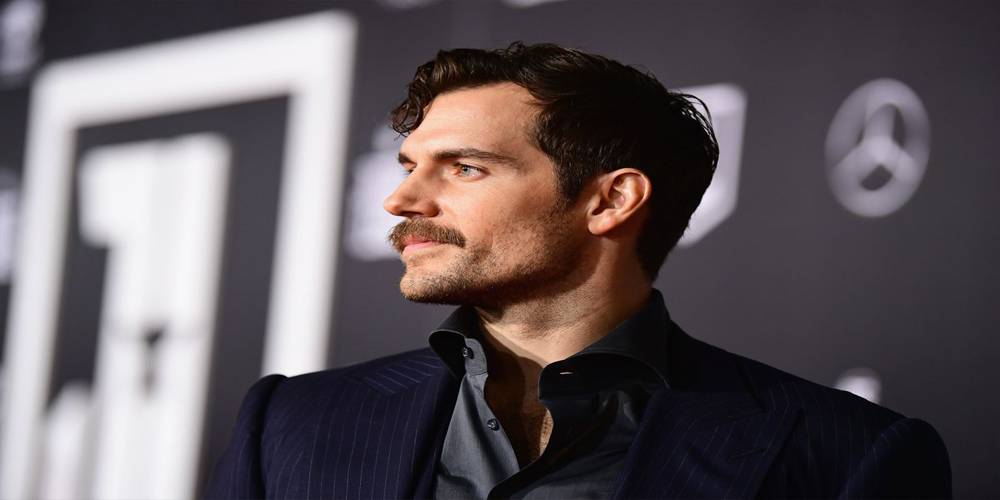 Henry Cavill is an actor who has had a rollercoaster career so far. He got the role of Superman, which should have made him a true superstar, but it didn’t and now he is out of that franchise. Mission: Impossible – Fallout gave him a new chance to make a name for himself and he was easily one of the best parts of an almost flawless action film. Henry has always had the body required for this character and Mission: Impossible showed that if you pissed him off, running is the only option, because those fight scenes were truly brutal.

The weakness for Cavill would have to be the fact that he wasn’t kept on as Superman, showing us that he might not be the guy studios would turn to to lead a franchise. Secondly, while he might have the body, he is on the shorter side of the actors that I have selected here. 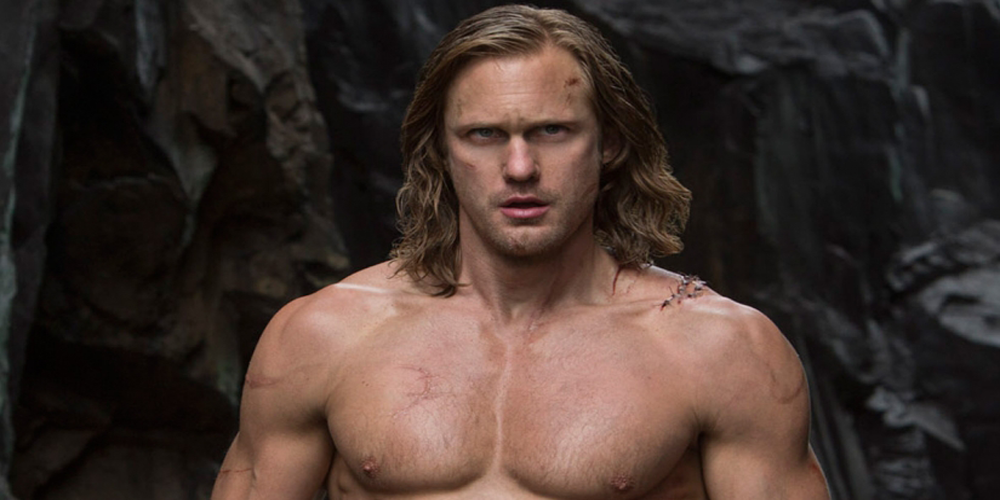 Alexander Skarsgard is one of the youngest picks that I have selected, which would help because he could easily become Jack Reacher for decades. He has shown that he has the body required for this role which would put him near the top of the list, and recently he has taken more serious roles which show he could handle the investigatory side of the character.

Alexander has a couple of weaknesses though. The Legend of Tarzan was meant to be the beginning of a franchise, but it struggled to make an impact with the fans. Battleship, while he didn’t get the blame for this film (see Taylor Kitsch for most of that hate), still wasn’t a Box Office success. One of the reasons you wouldn’t want to see him in the role would be that he has been taking chances on other projects which are proving his skills as an actor. We always like to see an actor proving and improving, which this role might not offer him. 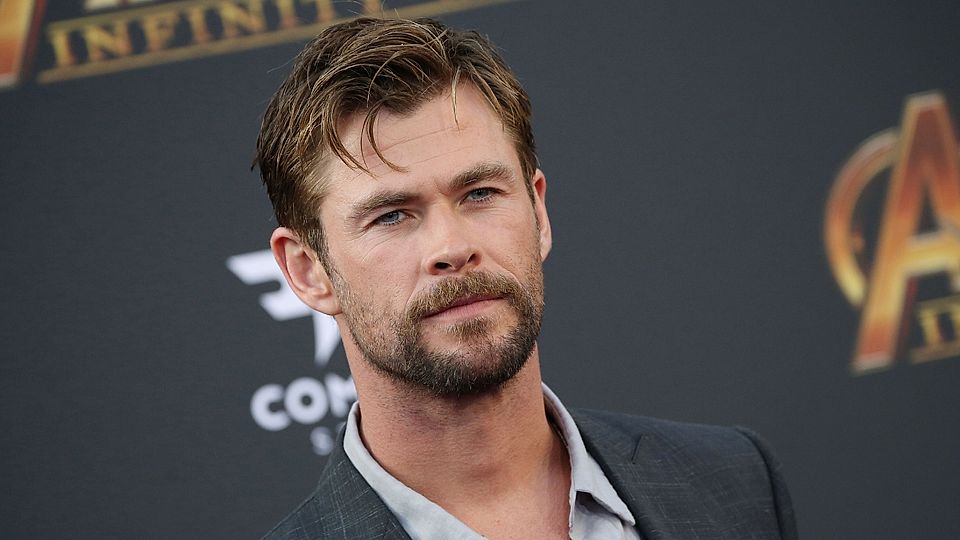 Chris Hemsworth is an actor that doesn’t seem to have a weakness. He has been breaking his typecasting on every available occasion, and he has also shown through the years he can handle the body transformation from the Thor look to the In the Heart of the Sea look, so if he needed any extra muscle we know he can get it easily enough. Rush proves he can give us a cocky swagger, which Jack had in the previous films, and this could be a role to break the funny man we have seen him become.

The weakness is not anything to do with his ability; he would be a great choice, and he does need something to follow up Thor if he doesn’t return to the Marvel Universe. Much like Dwayne Johnson, he is an actor in demand, and being part of the Men in Black reboot would leave him involved in too many franchises if he was to take this role. 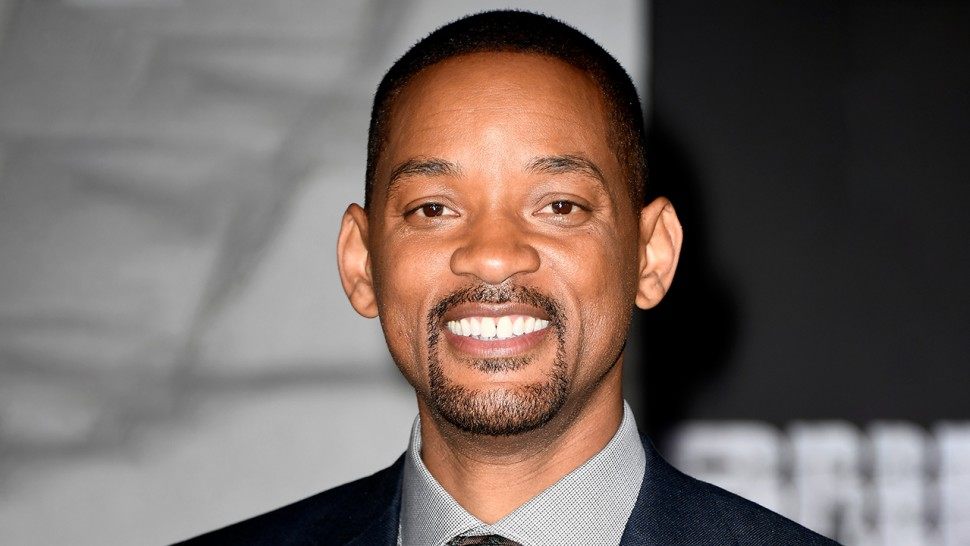 Will Smith would have been the outside the box pick, and in the late 90s he would have been the must-pick, but he hasn’t had the best of the times for the last decade or so, with his recent selections not being as enjoyable as the rest of his past filmography. This is a film franchise which could bring him back to the top and we know with the fact he is doing Bad Boys 3 that he is willing to return to action.

The weakness of picking Will Smith would be that he has become too picky with his demands when it comes to films, usually needing to involve his kids somewhere. He might not be the tallest for the role and he may not be able to handle the serious solo side to the investigation, as he generally falls into the wise-cracking performance too often. 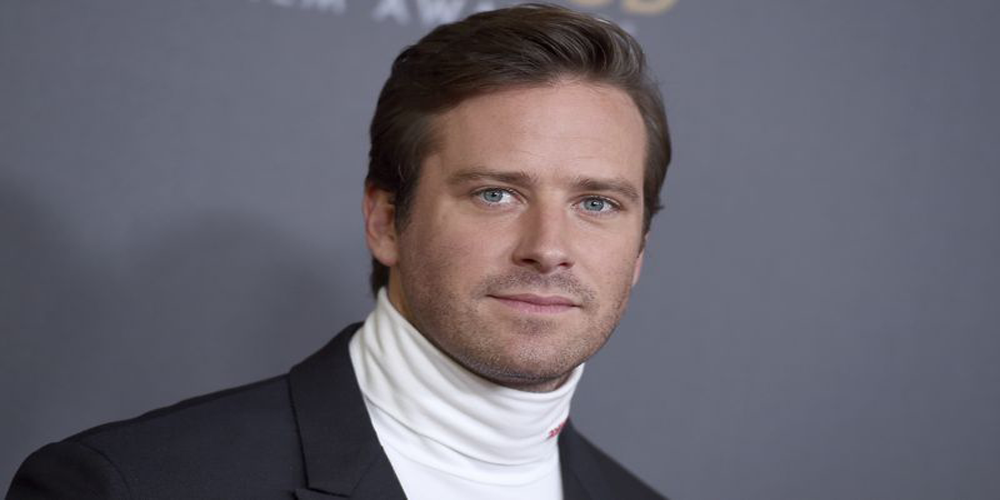 Armie Hammer is the youngest of my picks at the age of 30. This would give him a franchise for 20-plus years, which could be his own version of the Mission: Impossible franchise. He is the perfect height for the role, he has played the military figure in Mine and in Free Fire he showed that he can stay in control of a conversation.

Armie does have weaknesses, as they come from the failed franchises The Lone Ranger and The Man from U.N.C.L.E., which both never truly took off with audiences. Armie also has been having issues with social media, with people either attacking him for his personal life and more recently for his issues with fans, which shows he is not the best person to lead a franchise on the PR side of things.

These are my picks for the new Jack Reacher. Which one do you think would be the most suited to the role, or is there somebody else altogether that you would consider?

7 thoughts on “Who should be the new Jack Reacher?”