Genevieve Nnaji’s Lionheart represents a story about a female character overcoming a male-dominated world, but unfortunately, it falls short of the message.

Genevieve Nnaji’s Lionheart represents a story about a female character overcoming a male-dominated world, but unfortunately, it falls short of the message.

Genevieve Nnaji’s Netflix film Lionheart is designed to present a female character overcoming the shortcomings of a male-dominated world. Adaeze, played by the director, has an intense opening scene, where she is confronted by a Nigerian man who insults her American-likeness and demands that he is paid. In the true spirit of the story, Adaeze defends her position, but what was interesting is the lightheartedness of the whole ordeal, as the character is surrounded by less concerned men in this scene.

It is almost like Lionheart does not know what film it specifically wants to be at times. At the center of the story is a family-run public transportation business, headed by Adaeze’s father, who, unfortunately, due to ill-health has to step down temporarily. The circumstances lead to the theme of the story, where Adaeze is disappointed that her father did not make her the acting managing director, and opted for his brother instead.

The problem is, Netflix’s Lionheart remains too long on the cautious side when it attempts to produce a plot surrounding female empowerment. I found myself often confused when serious scenes were eventually met with light music, almost as if it decided to be part of the comedy genre halfway through the script. Genevieve Nnaji’s film fails to understand when to magnify the theme, and instead downplays the pressure placed on a woman in a male-dominated environment. 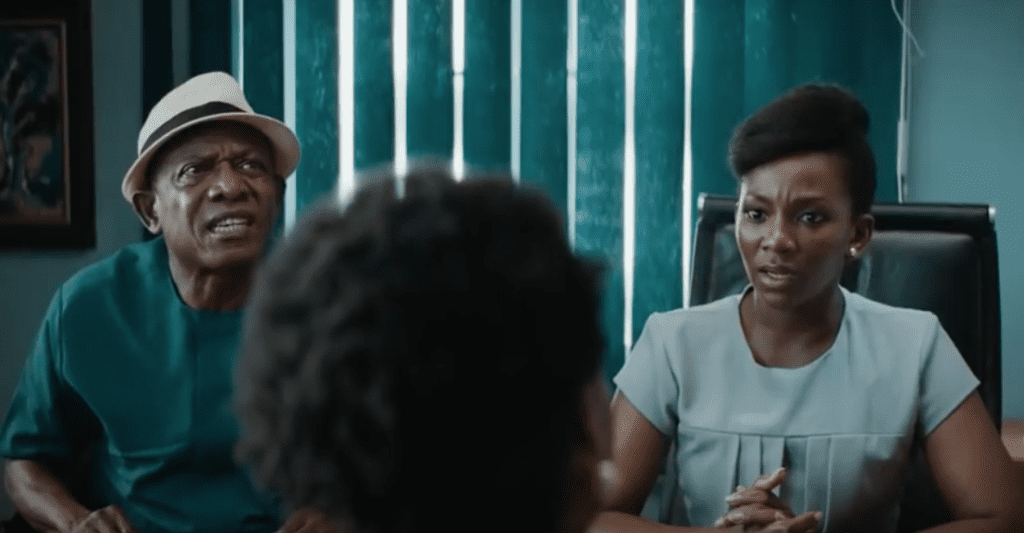 Of course, there are scenes implemented to make the audience feel uncomfortable with Adaeze’s experience, but again, it palms off the theme with a fairer response to the matter. For example, there is one particular scene where Adaeze is requesting funds to help debts with the company from an attractive male, which is surprisingly accepted at first but then she realises he has sexual intentions. The character is markedly uncomfortable, yet Lionheart chooses to swiftly move past the scenario like it never happened. Perhaps Lionheart represents the culture Adaeze resides in, but I am not entirely sure what the lesson is meant to be.

If you remove the central theme of the premise, Netflix’s Lionheart is an average movie at best about a flailing family business with the members scrummaging around trying to save it. Each scene lulls along at the same pace, with the characters only able to elevate to a limited emotion. I wanted this movie to be more, but unfortunately, I left it feeling quite disappointed.